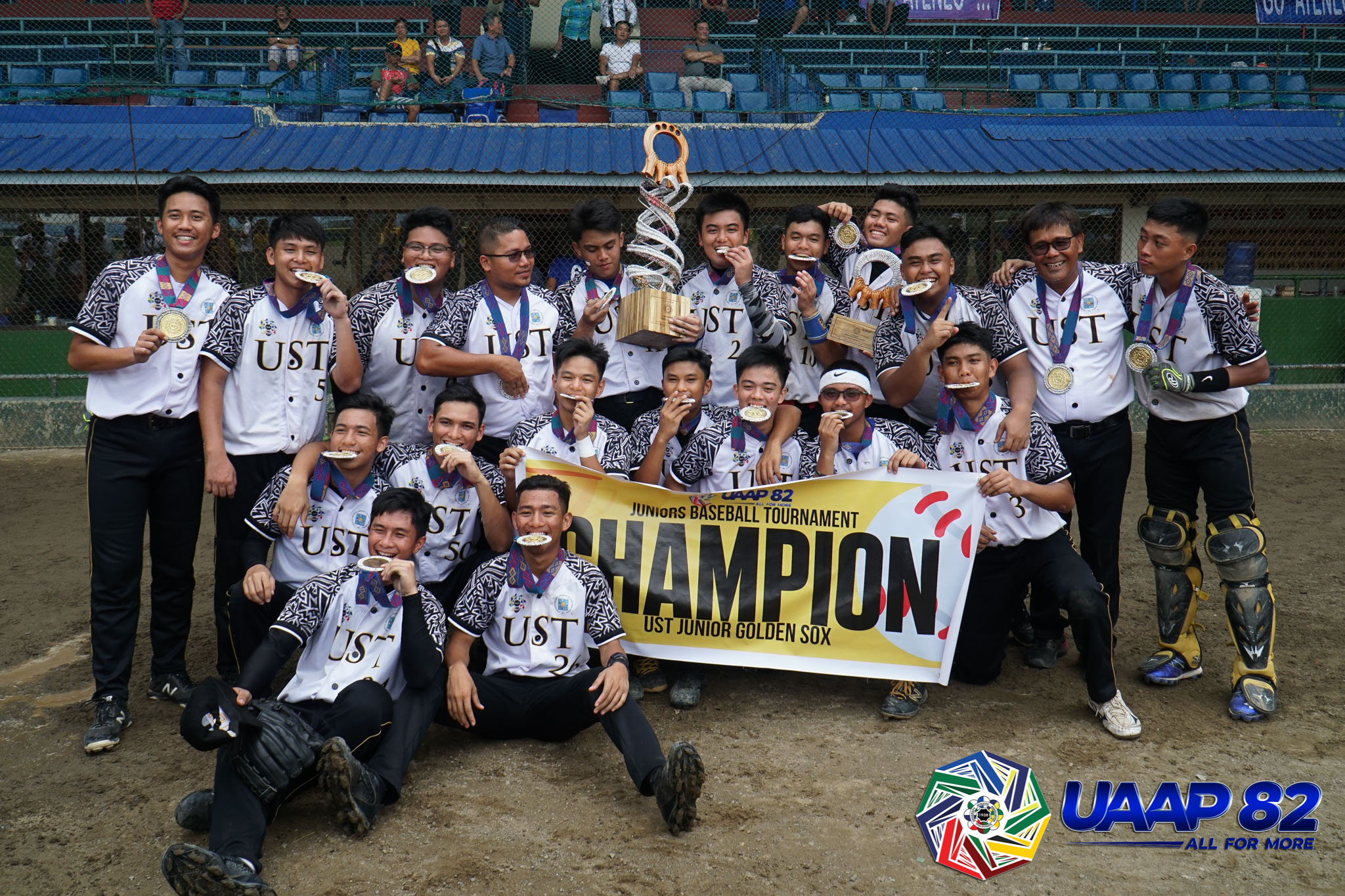 Ending Season 81 at last place, UST returned with vengeance this year for its second title in three years.

Up by just one at the bottom of the seventh inning, 4-3, UST pitcher John Rafael Regalado struck out the first two batters. Ezekiel Laygo and Marcel Guzman then reached base. With two on and two outs, Regalado fanned Dax Fabella to deny Ateneo a walk-off win.

Finals MVP Regalado — who pitched all seven innings in UST’s 7-3 Game Two win — threw a complete game. The native of Naic, Cavite gave up just five hits and one walk while punching out 11 sluggers.

Trailing 1-2 at the top of the fifth inning, Alwyn Piñero reached home after a blooper to centerfield by Bryan Camarsi to knot the game at 2-all. Jester Tapia and Camarsi then converted two more runs to take the upper hand.

Ateneo cut the deficit after Guzman hammered a three-bagger flyball to center field. They took advantage of a wild pitch to score, 3-4.

The Blue Eaglets were ahead in the first inning after a wild pitch that scored Guzman. Season MVP Matt San Juan then followed with a double to left field to bring Fabella home, 2-0.

Ateneo ace and reigning Best Pitcher Zach Urbina had to be relieved by San Juan at the top of the fourth inning since his nose bled due to the intense heat in the historic venue.