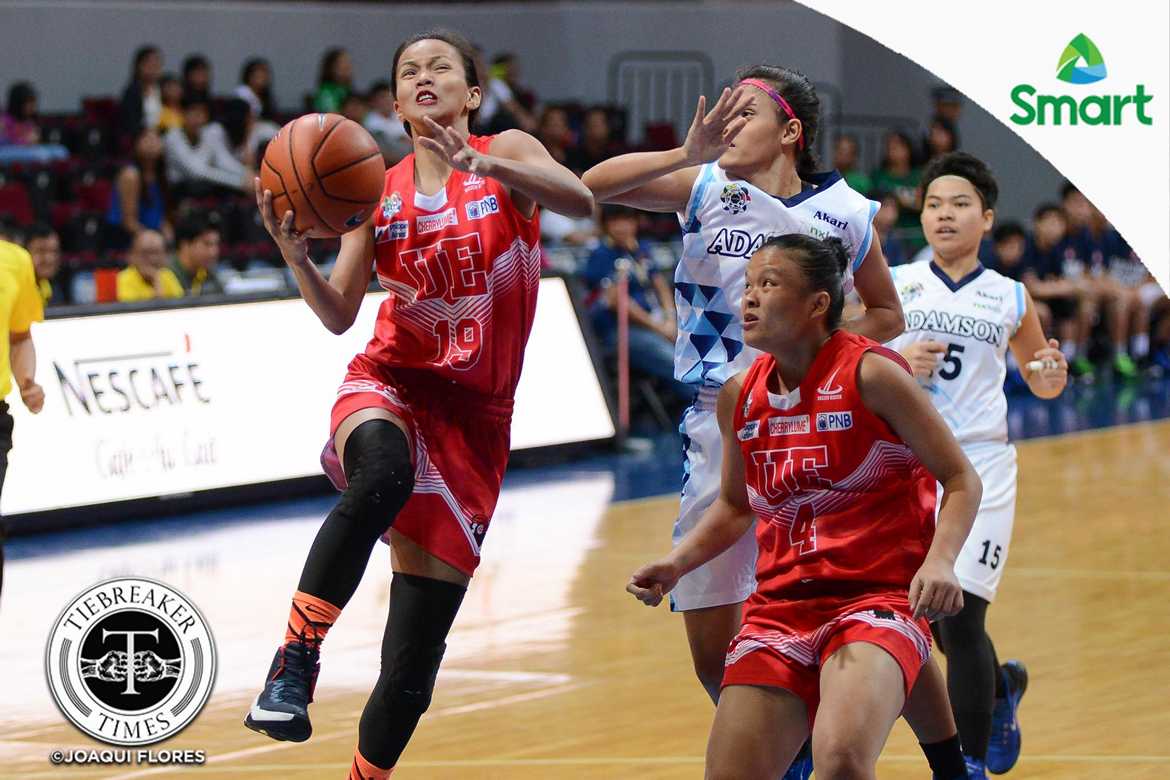 Straight from their painful loss to the De La Salle University Lady Archers, the University of the East Lady Warriors were hell-bent on recovering from that setback.

UE still has much to play for in this UAAP Season 79 Women’s Basketball Tournament and it showed as the Lady Warriors outgunned the Adamson University Lady Falcons 66-55 to get back on track today at the SM Mall of Asia Arena in Pasay City.

Ruthlaine Tacula led UE with 19 points while Love Sto. Domingo had a monster game with 18 points and 17 rebounds. Eunique Chan was a rebound away from a double-double as she made 12 points. Bienca Ramos also had three points and 10 rebounds.

Both schools were breathing over each other’s necks for most of the game. It was only in the fourth quarter when the Lady Warriors finally secured some separation from the Lady Falcons.

Rose Dampios gave Adamson a 53-54 leads halfway through the final period, but a huge 13-1 UE run finished off by Tacula’s free throws gave the Lady Warriors their highest lead of the ballgame at 66-55 won the game for the Recto-based school.

The Lady Warriors’ victory was a well-deserved one as they made 58 rebounds, shot 30 percent from beyond the arc and converted 13 of 19 free throws.

In contrast, the Lady Falcons only had 38 rebounds, made 17 percent of their three point shots and sunk in only five free throws from the 22 chances given to them. Nathalia Prado and Jamie Alcoy paced Adamson with 17 and 15 points respectively. Kaye Pingol was held scoreless, going 0-of-9 from the field.

With the loss, the best case scenario for Adamson after the elimination round is to get a playoff for the fourth seed while UE needs DLSU to lose its next two games to get second seed.