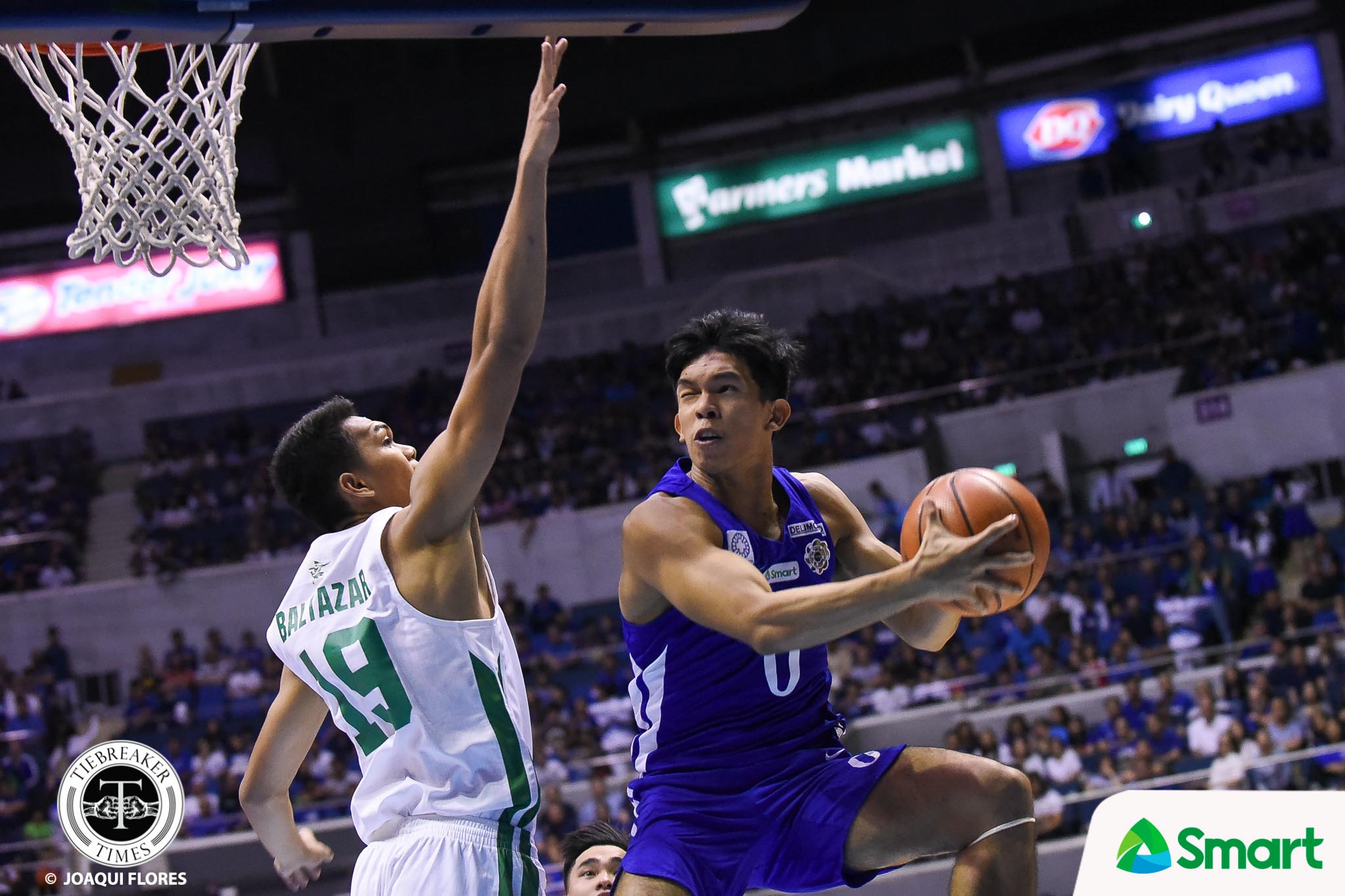 With the win, the Blue Eagles sealed top seed in the UAAP Season 81 Men’s Basketball Final Four with a 11-2 record. They have a tiebreaker advantage over the Adamson Soaring Falcons, who also picked up the other twice-to-beat advantage because of La Salle’s loss.

“Coming into the game, we weren’t thinking about getting top seed. We focused on La Salle,” said Blue Eagles assistant coach Sandy Arespacochaga. “We knew that this was going to be a tough game as they are playing well in the second round. We are happy that we got the win today.”

But the Blue Eagles struggled in the opening frame, as Kouame and Go already had two fouls each in the first 10 minutes. But with the Blue Eagles, it’s about the next-man-up mentality.

“We weren’t happy with our defense in the first quarter. We also have to adjust to the whistles as two of our guys were in foul trouble. William Navarro played well, as he played the five position with Thirdy [Ravena] and Mike [Nieto] playing the forward positions,” said Arespacochaga. “Today, it was William who was played a role in our next-man-up mentality.”

Even against a taller La Salle frontline, Ateneo still managed to out-rebound their opponents in the first half (26-19).

Kouame and Go then came alive in the second half. A triple by Go in the closing minutes of the third quarter gave Ateneo momentum entering the final frame.

For his part, Kouame stifled La Salle in the final frame, while the Blue Eagles raced to a 71-57 lead, capped by a booming Thirdy Ravena triple with 2:06 left. Kouame finished with 11 points, 10 rebounds, and two blocks. Ravena, who came off the bench, led the way with 14 points and 10 rebounds.

“We tried with a different combination. We’d like to think that we don’t have a set starting five,” disclosed Arespacochaga. “Going forward, we don’t know what coach Tab (Baldwin) will do and be thinking about. Definitely, there’s a purpose. Good thing, Thirdy wasn’t bothered by that.”

Taane Samuel, who played in his first game since opening day, had eight points, three rebounds, one assist, and a block in his return.

Aljun Melecio led the way for La Salle with 13 points, but was limited to just a solitary point in the final frame. Moreover, he shot just 3-of-9 from the stripe.

The twin tower combination of Justine Baltazar and Santi Santillan had eight rebounds each with the former scoring 12 points, while the latter having 11 markers.

La Salle’s journey will be tougher after falling to 8-5. The Green Archers have yet to clinch a Final Four spot and will still face a fellow Final Four aspirant in the final outing of the elimination round. At worst, La Salle could figure in a three-way tie for third with the UP Fighting Maroons and the FEU Tamaraws.

Ateneo look to end their elimination round strong when they face the University of Santo Tomas Growling Tigers on Wednesday, November 14, at the SMART Araneta Coliseum. La Salle will take on the University of the Philippines Fighting Maroons on the same day.

Recovering Prince Orizu to go all out against Adamson: ‘I’ve never not been in the Final Four’