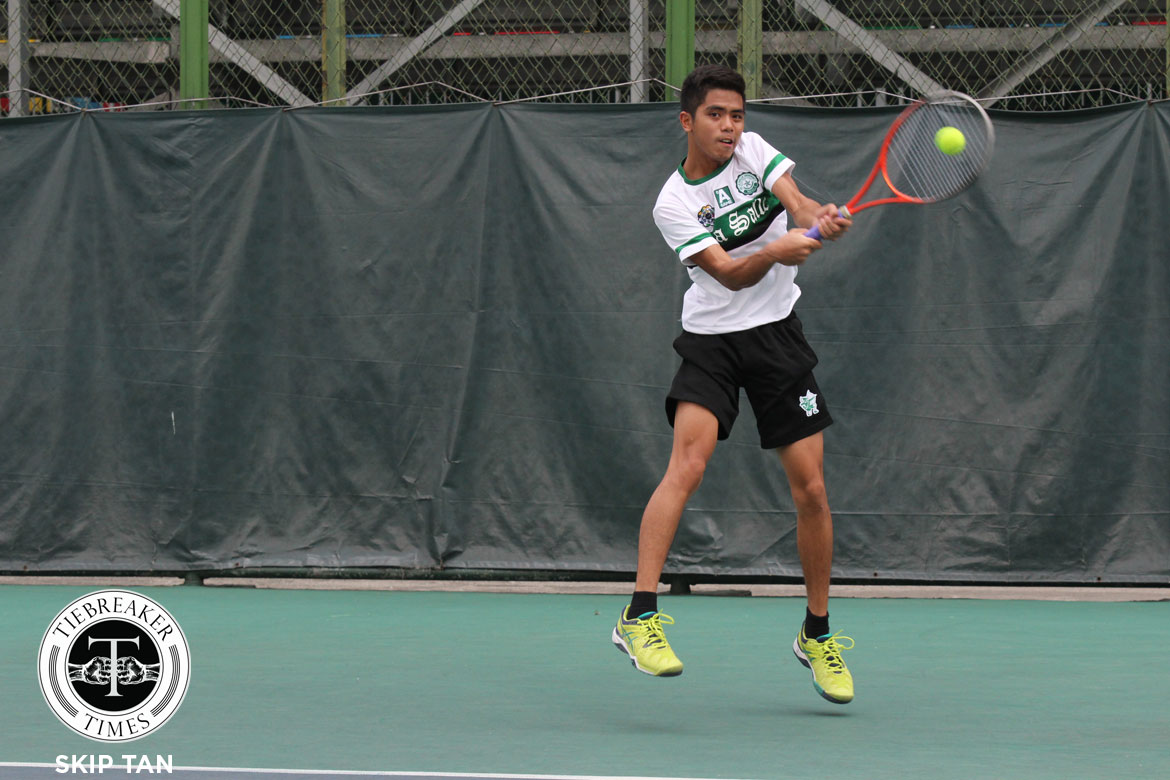 The De La Salle University Green Tennisters opened their second round on a high note, duplicating their dominant first round win over the University of the Philippines Fighting Maroons, Saturday morning at the Rizal Memorial Tennis Center.

The Taft-based squad just needed the first three matches to seal their fourth win of the season.

Betto Orendain showed that he is up and about after suffering severe cramps just six days ago. The standout plucked the crucial break of serve in the opening set of the second singles match past Kyle Joseph at 6-4. Orendain then capitalized on a gassed out Joseph to seal the match at 6-0.

Simultaneously, Jonah Cano and Qoqo Allian fended off Auden Pagduganan and Vincent Alanis to pocket the first doubles match. The duo from Taft leaned on their net game to snatch the match at 6-4, 6-4.

With the lead after the first frame, LA Cañizares then shook off the comeback attempt of UP captain Joshua Cano. In the end, the fifth-year Archer stopped the Maroon at 6-2, 7-6, to clinch the tie win for his squad.

Cañizares was relieved to take the victory in perhaps his last head-to-head battle with UP’s Cano.

#ReadMore  Olsen Racela on Gilas Youth: 'This is a special team'

DLSU (3-2) will face archrivals Ateneo de Manila University (3-2) on Sunday at 8am for lone second place. On the other hand, UP (0-5) will battle the same squad on Saturday, March 3.