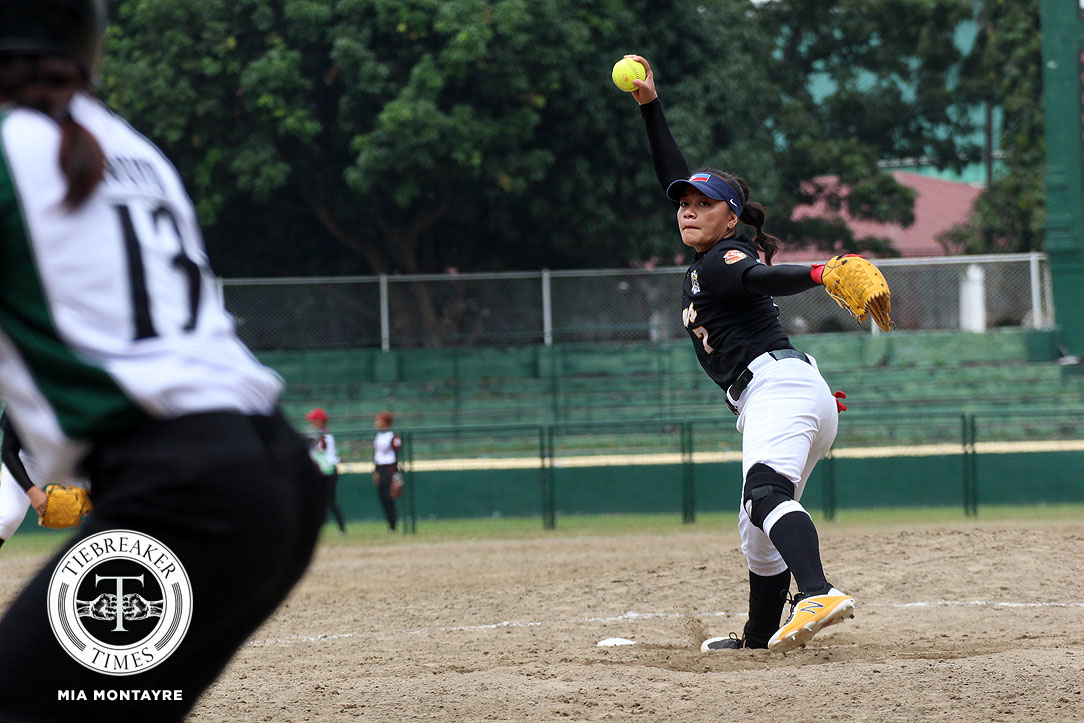 Coming off two straight losses at the hands of the Adamson University Lady Falcons and the National University Lady Bulldogs, the University of Santo Tomas Tiger Softbelles did not let up from pounding the De La Salle University Lady Batters in a 7-0, sixth inning mercy rule win, Thursday afternoon at the Rizal Memorial Stadium.

The Tiger Softbelles, a team that struggled connecting in their last two games, had nine hits in the game that led to nine runs. However, the win did not leave a good impression on UST head coach Sandy Barredo, as his team left 12 runners stranded in the contest.

La Salle’s sole hit of the game came during the first inning, a single by Jamica Arribas with two outs.

Antolihao, the country’s top pitcher, had eight strikeouts in the game.

UST end their first round campaign with a 4-2 record, while La Salle dropped to fifth with a 2-4 slate.