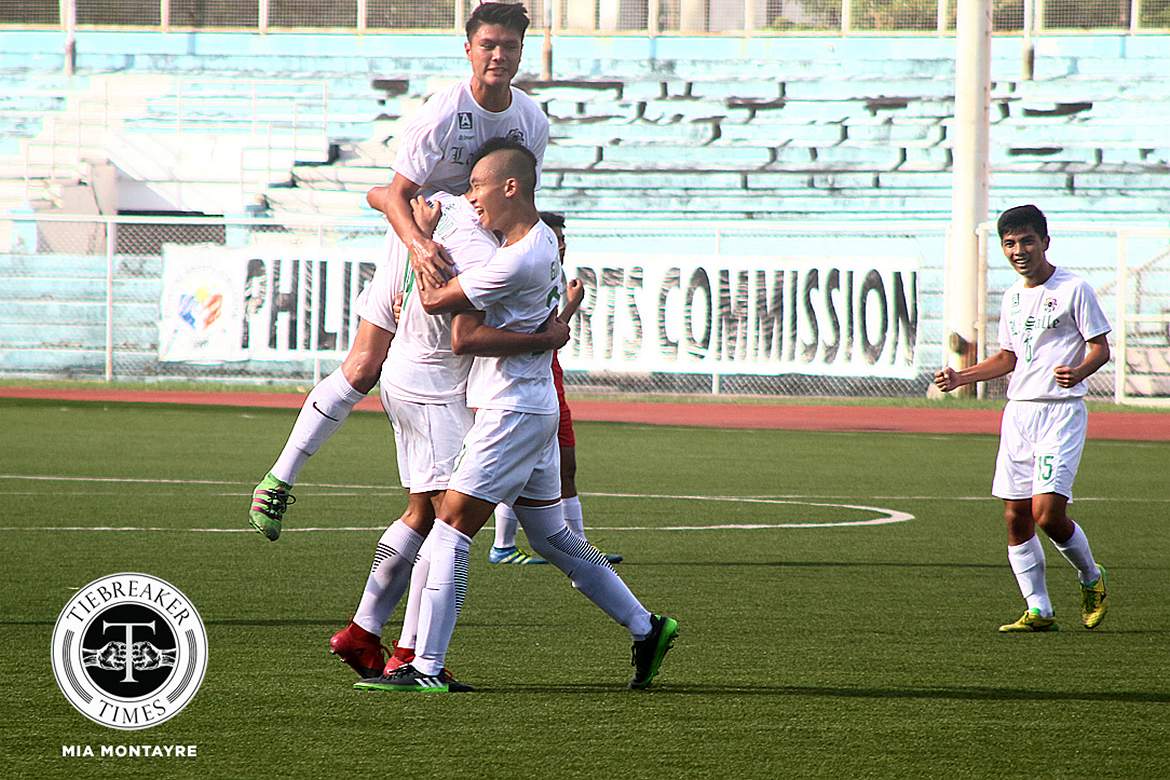 For the first time in their UAAP Season 79 Men’s Football Tournament campaign, the De La Salle University Green Archers have won back-to-back games, taking a 2-0 victory against the University of the East Red Warriors.

“Same like the last game the intensity was there but there was still some mis-judgement in decision making. The main thing here is that they’re getting their W’s. That’s the most important thing for me, to get their confidence back, to be able to play and to be able to score,” shared La Salle coach Hans-Peter Smit.

In their difficult season, the Green Archers needed a good start to calm their nerves. La Salle goalie Kerbi Almonte was relatively untroubled, as UE were left to feed on scraps in the first half. However, the Green and White understood that goals were needed for them to impose themselves.

Green Archers captain Nace Gonzales shot over from a Montelibano cross, which was a sign of things to come for the Red Warriors. The Taft school unleashed wave after wave of attack, but UE managed to repel the danger.

It took until the 26th minute for the Green Archers to break the deadlock. Garcia received the ball from a corner kick, and needed just one touch to direct it towards the back of the Red Warriors’ net. La Salle carried a 1-0 lead over UE at the break, but the Green Archers needed to do more to seal the win.

After the restart, a determined La Salle side needed just seven minutes to add to their tally. Garcia made good use of a wayward ball inside the Red Warriors box and played it towards his teammates. Montelibano, perfectly positioned to receive the pass, improvised and finished well to double the Green Archers’ cushion in the 52nd minute.

La Salle dictated the game’s pace from then on, as UE mostly relied on set-pieces to force an opening in the game. The Green Archers ultimately prevailed 2-0 against the Red Warriors. It wasn’t the prettiest win by any means, but it will do for the Green Archers, as they make up on lost time to book a ticket in this season’s Final Four.

“The target naman is to get into the top four. Mathematically I told them it’s still possible. Let’s just work on that one game at a time and we’ll see. Our next game, if we do well in the next game, I’m more confident to say we can reach our target,” concluded Smit.