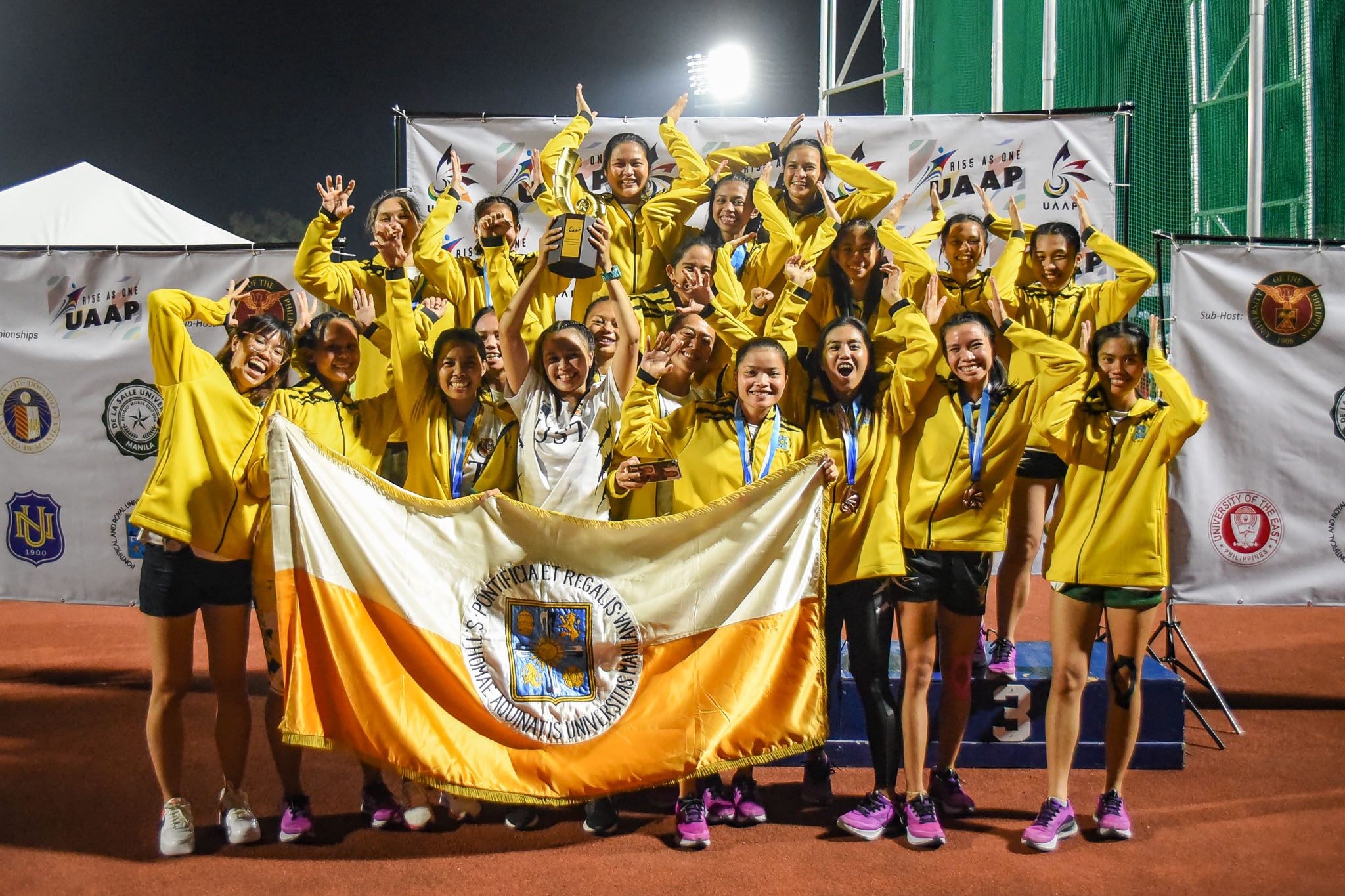 University of Santo Tomas reclaimed the UAAP women’s athletics title after ceding it to Far Eastern University in Season 81, Sunday at the Philsports Track and Field Oval in Pasig City.

The Female Tiger Tracksters claimed their ninth tiara in the event to give the school its fourth for the season.

The Lady Green Tracksters opened the last push for a comeback with a gold in the long jump courtesy of Trexie De La Torre’s 5.78-meter mark. Adamson’s Diana Hurano and NU’s Alexie Caimoso ended second and third with 5.60 and 5.54, respectively.

Caimoso then ruled the 100m hurdles with 15.43s, just two one-hundredths of a second ahead of FEU’s Sunshine Silvestre’s 15.45. UST’s Justine Mae Catindoy then provided the boost to her squad’s title closeout with 15.58 and the bronze.

The Lady Bulldog standout ended as this year’s top athlete with two golds in the heptathlon and high jump, to go with this gold in the hurdles and the bronze in the long jump.

UP’s Abegail Manzano took the 3000m steeplechase with a time of 11 minutes and 50.58 seconds. The 2-3 finish of Thomasians Camila Tubiano and Edralene Celestial at 11:57.02 and 12:04.00, respectively, virtually sealed the title for their school.

#ReadMore  UAAP POW Fortea continues to step up for UP

Manzano earlier won the 5000m gold and the 1500m bronze to take the Rookie of the Year honors.

La Salle then just closed their rousing run in the season with a new UAAP record in the 4x400m relay with Hannah Delotavo, Bernalyn Bejoy, Erica Ruto, and Jessel Lumapas with a time of 3:50.33, breaking the previous mark of UE’s Carmela Leonardo, Neslee Angco, Alloydia Devoma, and Jenny Rose Rosales set in Season 76 by just 0.03 seconds.

The Lady Green Tracksters ended as runners-up with 288 points, while the Fighting Maroons fended off the Lady Bulldogs for the third-place finish with 184.