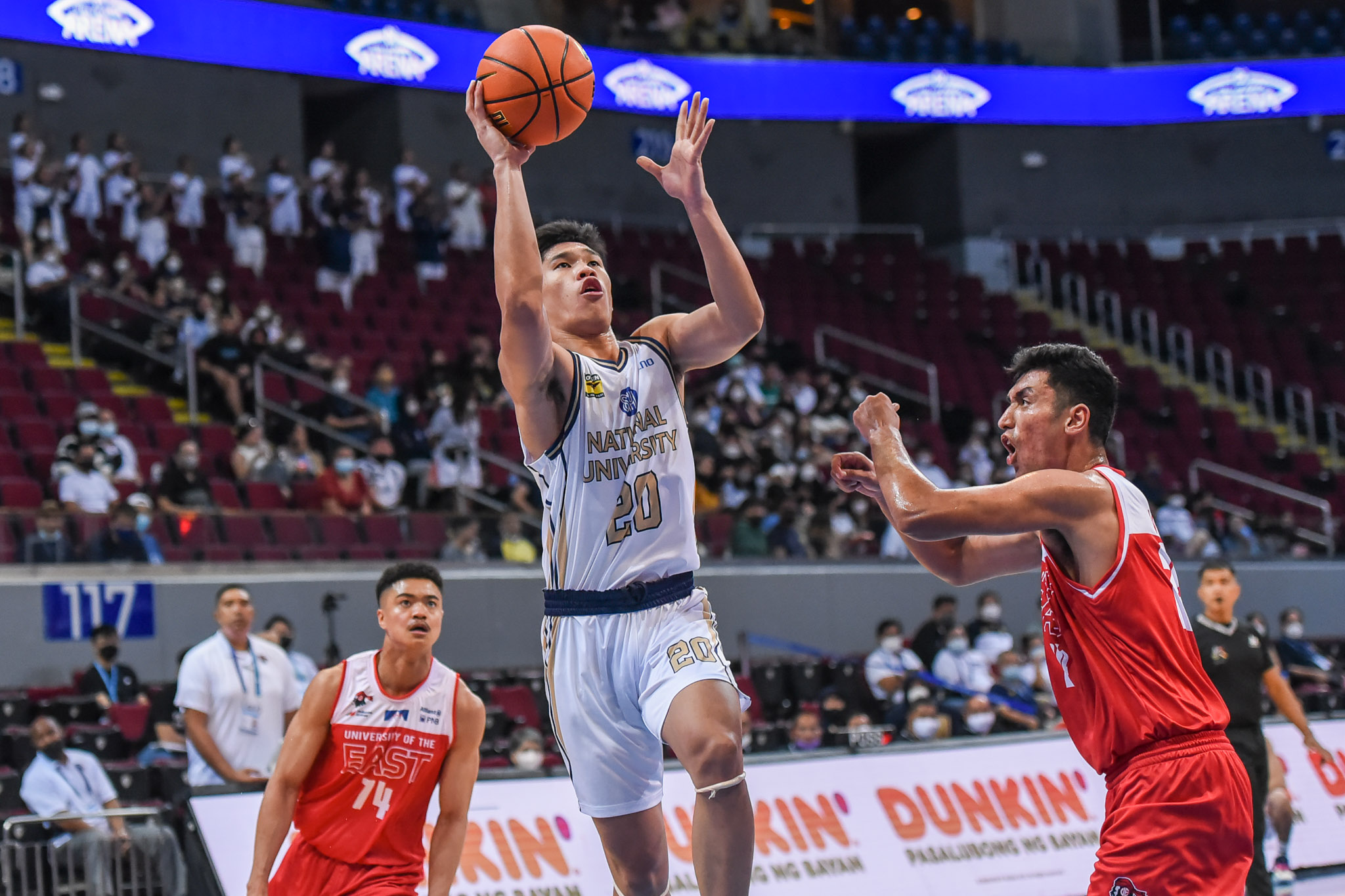 National University hacked out a 77-70 victory over University of the East with a fourth quarter barrage in the UAAP Season 85 men’s basketball tournament, Sunday at the SM Mall of Asia Arena.

The Red Warriors got their first taste of the lead with 28 seconds left in the third period on a Gani Stevens’ layup, coming back from 15 points down, 52-51.

But it was all Bulldogs after that, going on a 16-3 blast bridging through the fourth frame to establish a 67-55 advantage with 4:08 to go.

John Lloyd Clemente top-scored for the Bulldogs with 15 points, while Jake Figueroa and Patrick Yu got 13 points apiece with the former chipping in nine rebounds as well.

Jolo Manansala was a revelation for NU too with nine points on 4-of-5 shooting from the field with nine rebounds.

Highly-touted rookie Kean Baclaan, who battled cramps midway through the payoff period, got eight points, five assists, and four steals against four turnovers in his debut.

Steve Nash Enriquez did not suit up for the Bulldogs due to a minor muscle strain that would sideline him for a week or two.

NU extended UE’s losing streak to 15, dating back to last season when the latter went 0-14.

Meanwhile, the Red Warriors will try to finally break its misery in the morning with a battle against Far Eastern University at 11 am.