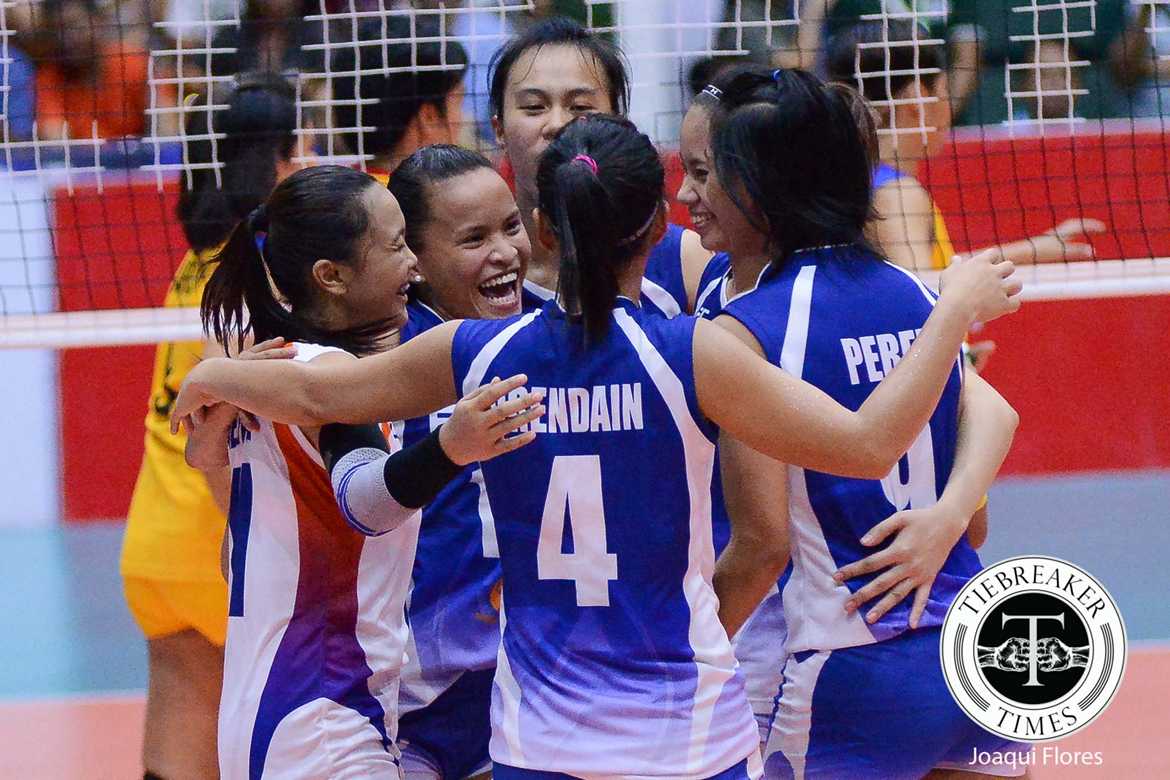 Army started the first set well, using crisp movements to earn a six-point lead, 15-9. But a sudden ankle injury to Army open hitter Rachel Daquis shifted the tide of the match. The Lady Troopers managed to maintain their lead and take the first set, but stumbled into the following frames.

Demoralized and missing one their top scoring threats, Army’s offense went dry and allowed Foton to rain spikes. The Tornadoes swept through the second set, building an early seven point advantage, 14-7, then closing out the set. Foton again bolted to a massive 17-8 lead in the third set, but Army responded and got within two, 17-15. Thanks to solid attacking from their wingers, Foton again took the set, winning eight of the last ten points.

Army retaliated in the fourth set, summoning their speed to hand a Foton a 22-18 gap, but errors deterred the Lady Troopers from running to the finish line. With their lead down to one, 22-21, Tina Salak made two clutch plays to place Army at set point, setting up a Jovelyn Gonzaga block to send the match to a fifth set.

Like in their previous five-set match, Army’s advanced age was apparent in the winner-take-all frame. The Lady Troopers coughed up errors and overpassed balls right into Foton’s block. The Tornadoes quickly built an 8-3 lead and never looked back.

#ReadMore  Paul Desiderio can finally say he is home with Blackwater

Jaja Santiago and Cherry Rondina each pitched in 19 points for Foton. The towering Angeli Araneta and Maika Ortiz contributed 13 and 10 points, respectively.

Foton now have back-to-back matches for the weekend, with Petron on Saturday and F2 Logistics on Sunday. These four teams are competing for seeding in the knockout semifinals.

Army have now lost three matches in a row and are 0-2 in the second round.