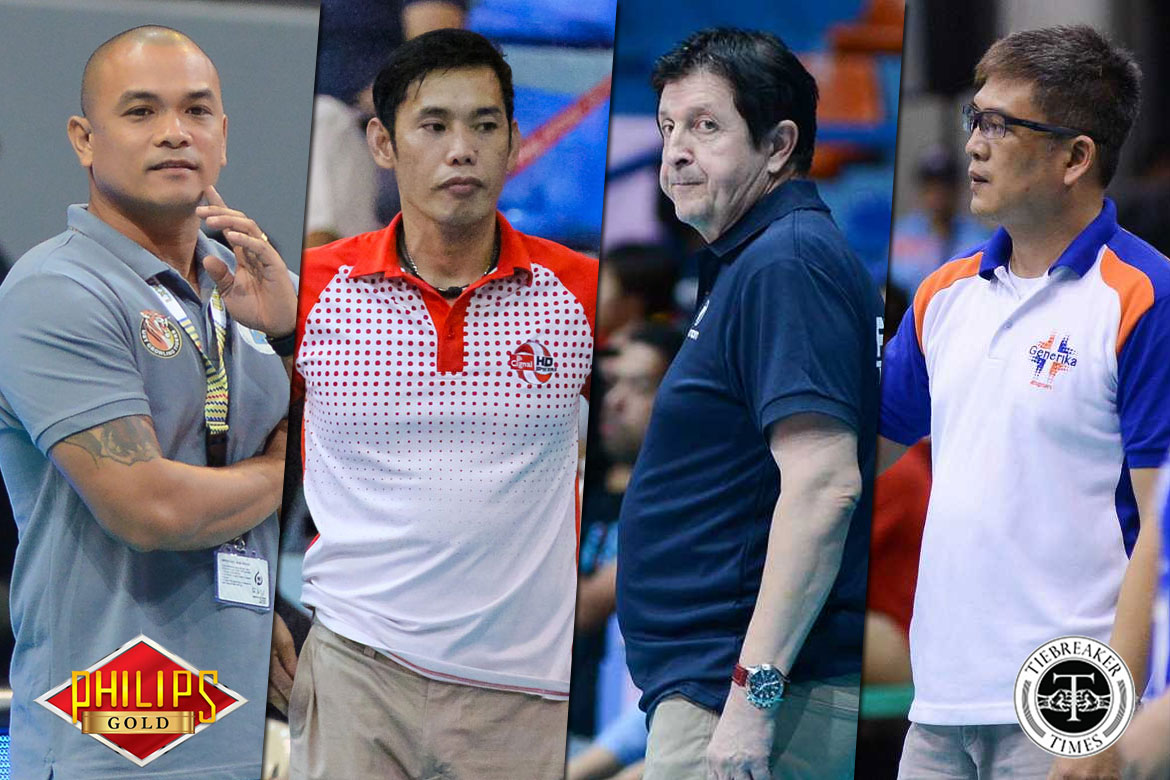 According to the top coaches in the Philippine Superliga, the Petron Blaze Spikers will enter the Finals slightly favored when they take on with reigning champions F2 Logistics Cargo Movers in the best-of-three All-Filipino Conference Finals on Tuesday, July 11, at the Muntinlupa Sports Center.

Foton head coach Moro Branislav and Cocolife mentor Kungfu Reyes picked the Blaze Spikers over the Cargo Movers for their deep bench, vast experience, and strength on both ends of the floor.

Reyes, who guided the RC Cola-Army Lady Troopers to a masterful conquest of the Thailand junior national team en route to the Invitational Conference title last year, also noted that Mika Reyes, Remy Palma, and Ria Meneses have the abilities to stop Majoy Baron, who was named Most Valuable Player in the recent UAAP wars.

“Aside from that, their middle blockers can stop the middles of F2 Logistics. So it’s going to be a very interesting series.”

However, Cignal coach George Pascua disagreed with them.

Pascua, the chief architect of Petron’s sweep of this conference two years ago, said the character and familiarization of F2 Logistics players with each other would play key roles to their victory.

The Cargo Movers, after all, have been playing together for the past three to five years and have already won several crowns for De La Salle University in the collegiate ranks.

Save for Mika Reyes, the Cargo Movers will also be marching with the same lineup that won the All-Filipino crown last year bannered by Aby Marano, Kim Fajardo, Kim Dy, Ara Galang and Baron.

“The character and familiarization of the players and coaches are already there,” Pascua explained. “They have been preparing for this tournament since last year.

“F2 Logistics is younger and more aggressive. They have more solid blocking and reception.”

National women’s team head coach Francis Vicente refused to pick any particular team, saying that consistency is the key in this series.

“Both teams have four national players each so it’s evenly matched,” said Vicente, also the head coach of the Generika-Ayala Lifesavers. “Both have tall lineups and are aggressive. Their chances of winning the crown would all depend on their championship tactics.

“It’s going to be a very tight game.”