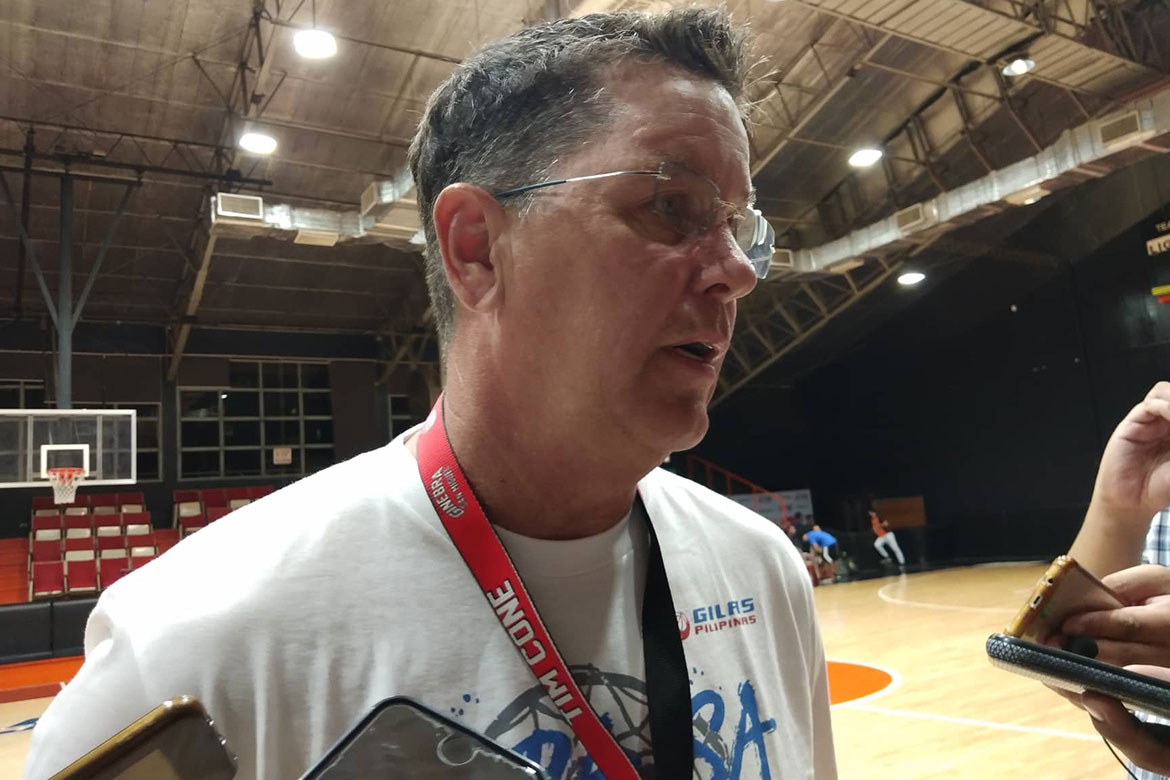 Gilas Pilipinas head coach Tim Cone revealed the possibility that the national team will not hold practice on Monday even with the Southeast Asian Games fast approaching.

“There’s a chance we may cancel practice tomorrow for the national team,” he said on Sunday night after Ginebra’s 96-98 loss to NorthPort.

Cone is mulling the option since he’s thinking of the welfare of his players.

“Talk ‘N Text is coming back from out of town; San Miguel and Talk ‘N Text have a big game on Wednesday. And I’m not sure what we can get done in one practice,” said Cone.

Gilas should have played a Taiwan team on Monday in a tuneup after facing San Miguel Alab Pilipinas in the past two Mondays. Cone said that the visiting team canceled, though.

That is one more reason to possibly cancel practice and instead let the players rest, especially with the 2019 PBA Governors’ Cup quarterfinals just around the corner.

“They were supposed to come here and do a series of games, but their two main players got injured, and they decided to back out. Not just from us but from other teams as well,” he said.

“If we’re not gonna play, we might as well let the guys really rest and get ready, get through the quarters so that they can put their total focus on Gilas and the SEA Games.”

But after this, and once the quarters are over, the decorated bench tactician said that the Nationals will hold consecutive practices starting November 28, leading up to the regional biennial meet.

“We’ll be starting consecutive practices on the twenty-eighth. So, that, we might get more value out of that.”