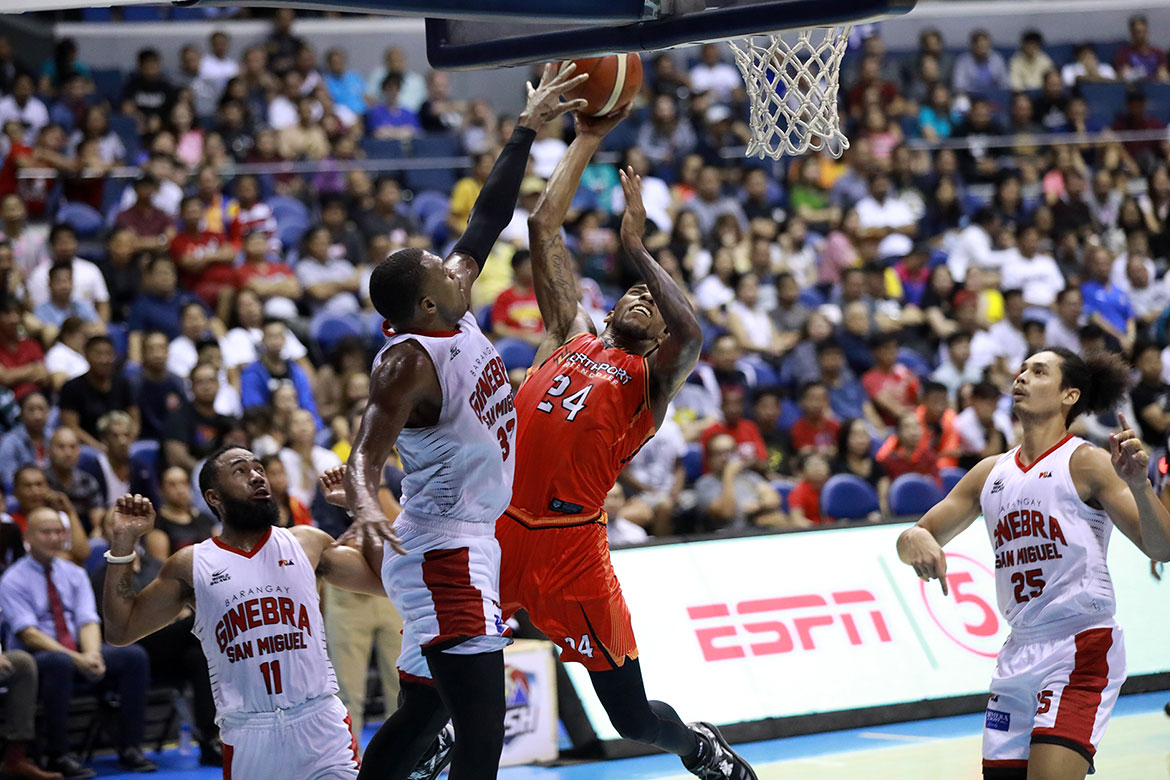 The Batang Pier nearly lost hold of a 93-87 lead with less than five minutes left in the final frame, however. The Gin Kings knocked to within a solitary point, but the breaks of the game went Northport’s way.

Paolo Taha first split his freebies with 1.1 seconds left to play. NorthPort then prevented the Barangay from making the most out of the eight-tenths of a second they had to secure the victory.

“A win is a win. One point, two points, three points, basta blessing na nanalo tayo. At least we’re in the quarters,” said coach Pido Jarencio. “We’ll be ready against the twice-to-beat team.”

The Batang Pier finished their elimination round campaign with a 5-6 win-loss record. They also made it to the quarterfinals for the third consecutive time this season.

Justin Brownlee had 31 points and nine rebounds to lead Ginebra, who failed to secure the third seed. It now awaits the result of the TNT-San Miguel match on Wednesday for its seed.

Brownlee still had a chance to give Ginebra the lead with less than 10 seconds left, but his fadeaway jumper was overcooked. Japeth Aguilar tried to put it back but he missed as well.

Stanley Pringle had 18 points, while LA Tenorio chipped in 15 in the loss that dropped the Barangay at 7-4.

The Barangay’s loss hurts Rain or Shine, since it booted out the Elasto Painters of contention, sending their come-from-behind 83-81 win over the Meralco Bolts earlier to waste.