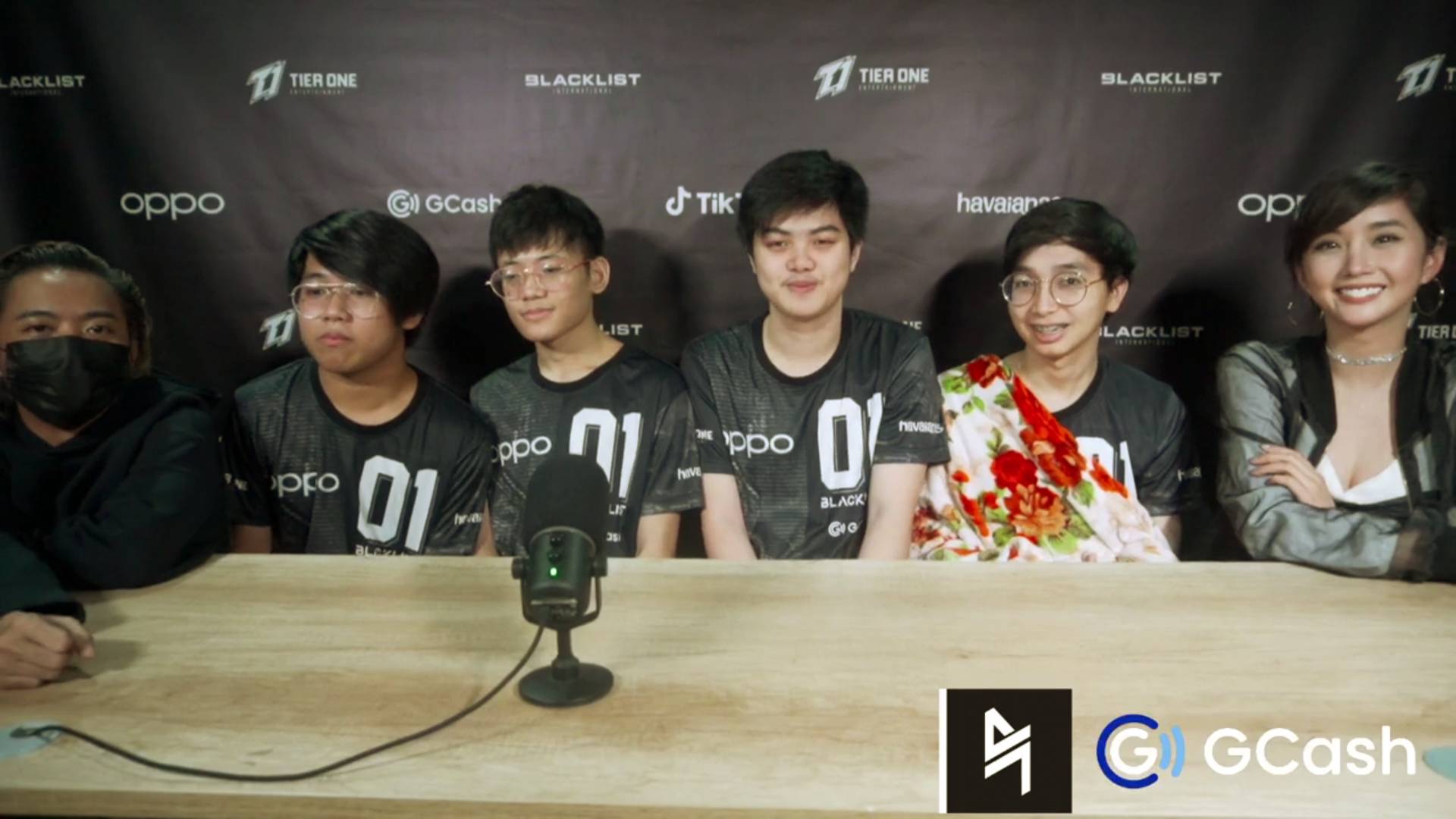 That, until Tier One bosses Tryke Guttierez and Alodia Goisengfiao decided to crash the team’s post-match interview on Saturday night.

What started off as a quick, funny banter turned serious when the two, who were coming off a shoot for their gaming reality show The Gaming House, praised its Mobile Legends squad for notching its eight-consecutive win in the MPL Philippines Season Eight – eclipsing their seven-game winning streak in the previous season.

Already halfway through the MPL season, Blacklist International already showed its dominance by beating all seven teams in the eight-team field.

Blacklist International is currently at the top spot with 20 points through an immaculate 8-0 standing.

Before leaving the presser, Guttierez thanked the Blacklist Agents for its never-ending support to the reigning MPL champions.