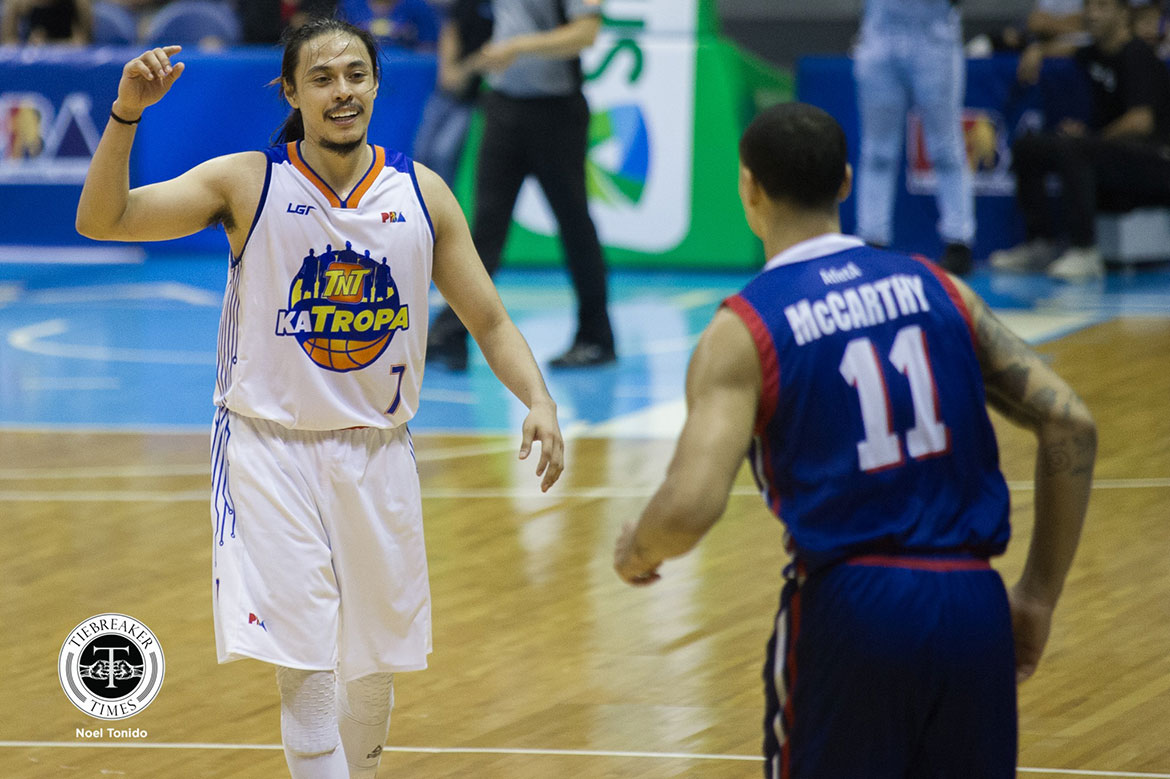 Terrence Romeo won’t be getting away without paying his dues.

The TNT KaTropa guard has just been slapped with fines totaling PHP 22,600, no thanks to the inappropriate actions he showed in the Texters’ match versus the Columbian Dyip last Sunday.

Now in his second conference with TNT, Romeo was slapped with a PHP 20,000-fine for headbutting Columbian’s Rashawn McCarthy during a dead ball situation with 1:06 left in overtime.

The five-year pro was also penalized PHP 1,000 for second motion, and another PHP 1,600 for taunting McCarthy after he scored over the latter with 57 seconds left to play.

There’s no bad blood between Romeo and McCarthy though, as the former was quick to downplay the latter’s actions – he even defended McCarthy, saying that the Filipino-American guard had just gotten carried away.