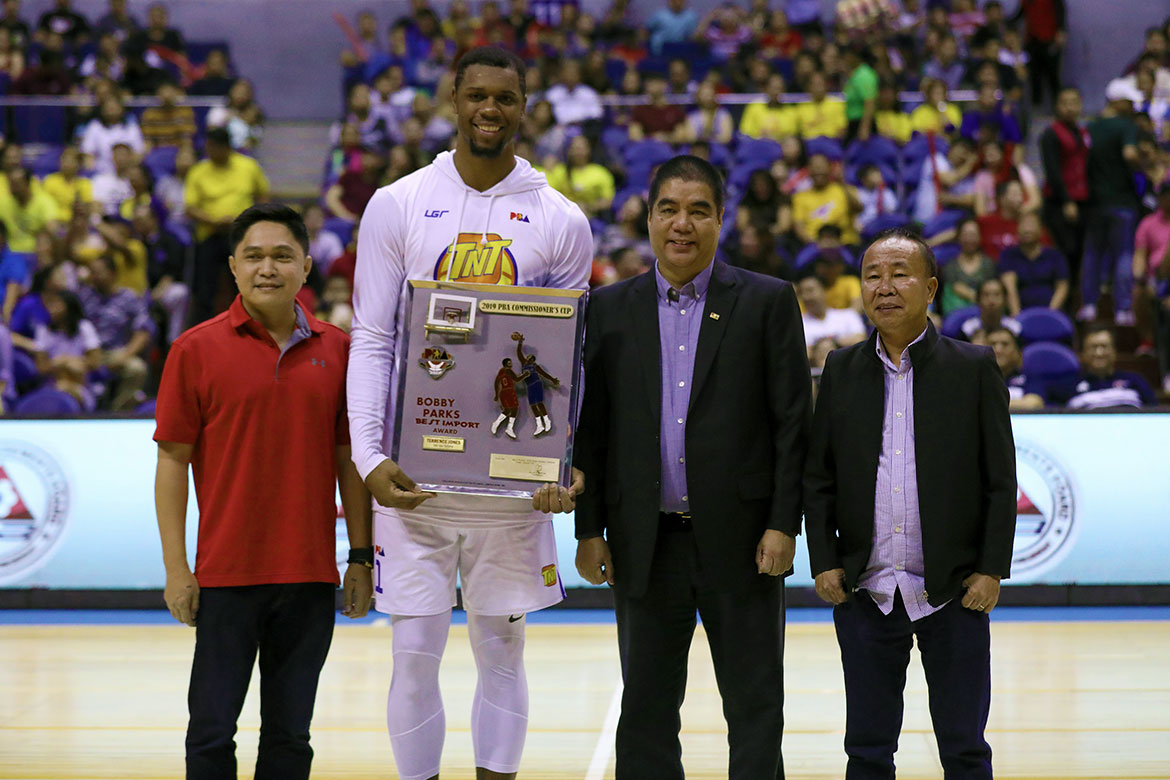 As the big reason behind TNT KaTropa’s return to the Big Dance after five long conferences, Terrence Jones has been named the Best Import of the 2019 PBA Commissioner’s Cup.

The former NBA cager’s coronation took place Sunday at the SMART Araneta Coliseum, prior to the Finals’ Game 4.

Jones received a total of 1,254 votes from the media, the players, and the league’s Commissioner’s Office.

The product of Kentucky has been nothing short of impressive in his first foray in Asia’s first pro league, posting norms of 30.2 points, 15.7 rebounds, 7.5 assists, 2.8 blocks, and 1.8 steals through the semis. 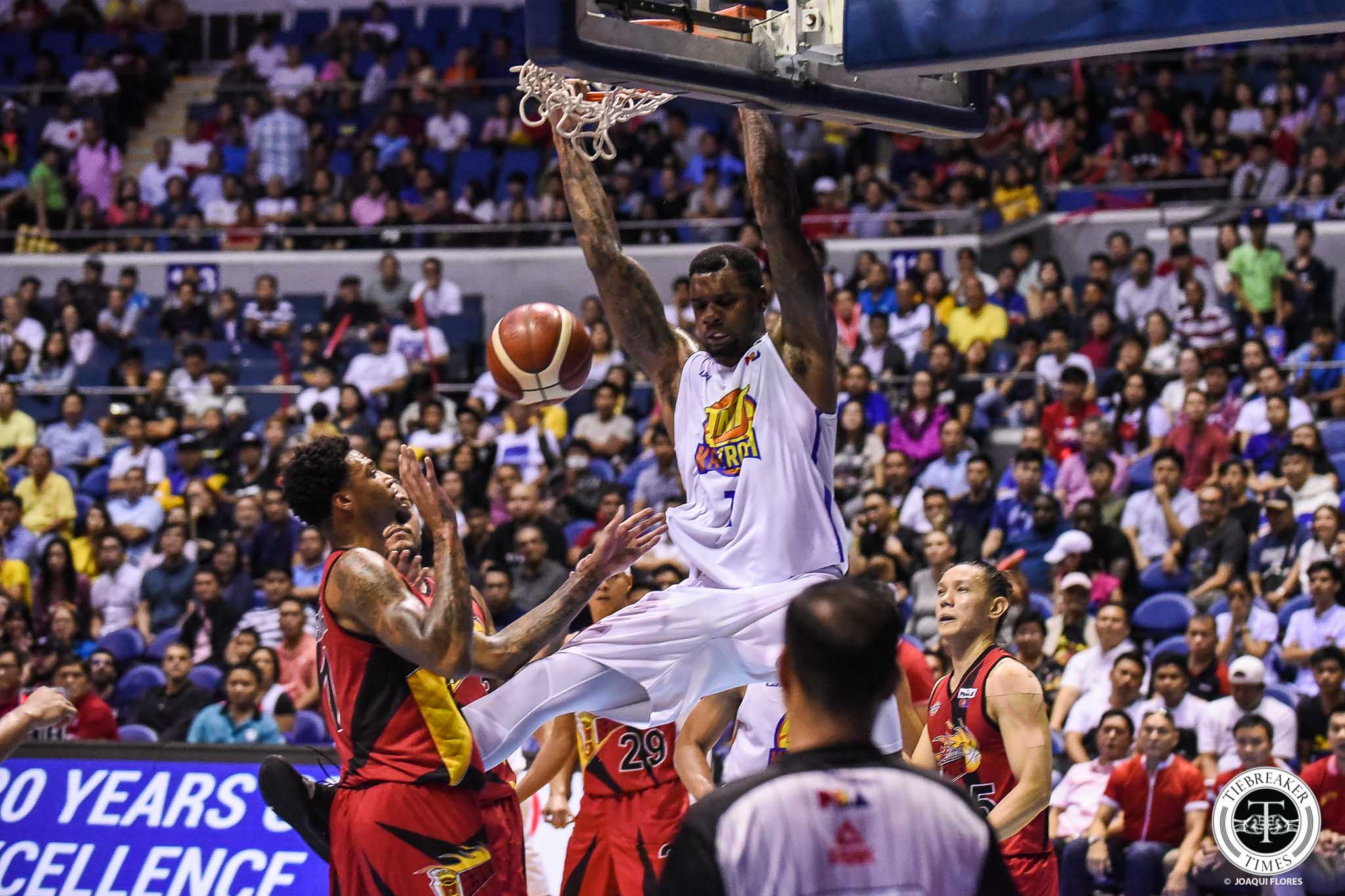 Jones posted five triple-doubles in the tournament so far, which is the most in a conference since Kenny Redfield had six for Pepsi in the 1993 Governors’ Cup, as per the league’s stats chief Fidel Mangonon III.

His fine play is definitely a major reason why TNT finished as the top seed with a 10-1 card, eventually bringing it to the Finals which the team hasn’t done since the 2017 edition of the conference.