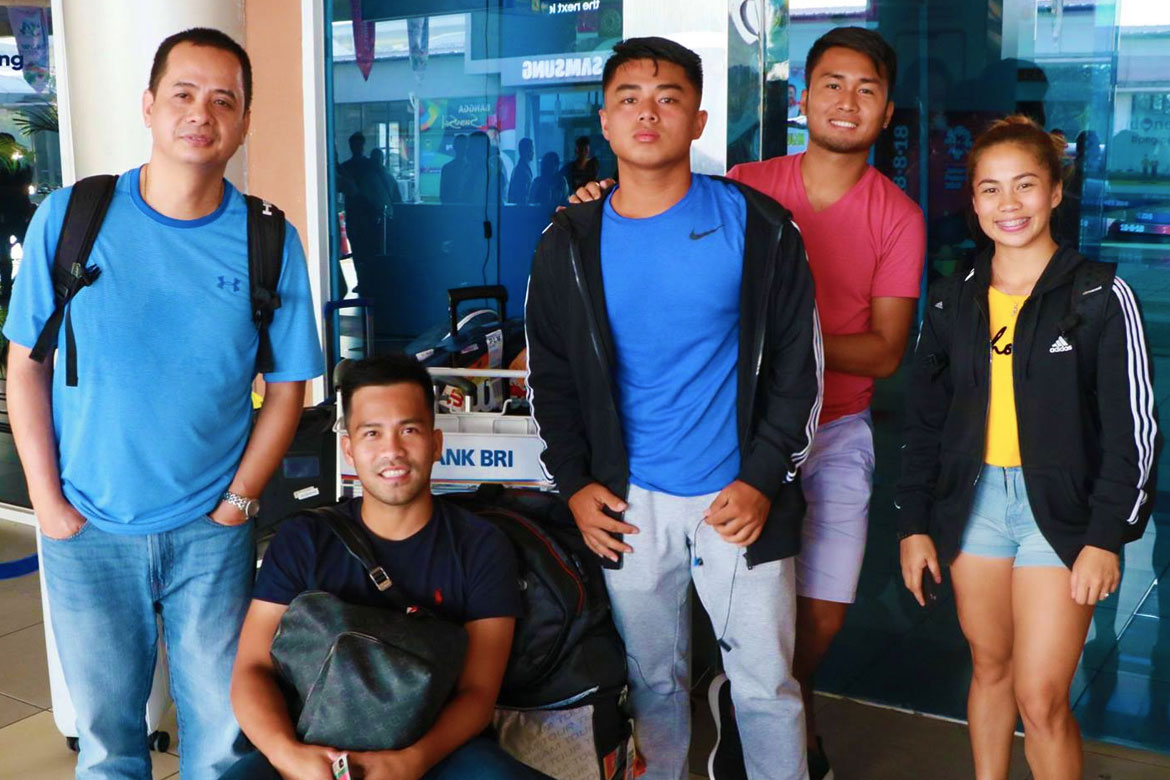 Competing in the 2018 Asian Games is a challenging experience in itself, but more so for Filipino athletes bound for Palembang — the second hub of the continental meet in the provincial capital of South Sumatra, even before they set foot in the playing arena.

This was the fate suffered by a small Filipino contingent composed of the lawn tennis, shooting and medical teams, which straggled in Palembang like wilted flowers early Friday morning into the Asian Games Athletics Village following an overnight layover here.

Arriving near midnight in the Indonesian capital after a bumpy three-hour Philippine Airlines flight from Manila due to the persistent turbulence, the Filipino bets were shuttled to the domestic terminal and had to cool their heels for another six hours, most of them hardly getting a wink at the stuffy Asian Games lounge.

The distance to the entrance to the luggage counter inside the terminal is close to a kilometer, double that for the gate to the connecting flight to Palembang.

It was an ordeal for the Filipino shooters, who were held up by Indonesian customs officials for nearly two hours over the ammunition that they brought in — particularly for trap shooter Hagen Topacio.

Because his ammo was not reflected in his declaration and not seen in the Asian Games computer system, Topacio, a two-time Asian Games veteran, was forced to surrender his supply worth PHP 15,000 in Jakarta.

“I was informed earlier by organizers that there would be no ammunition for sale at the shooting range so took the precaution of bringing my own,” said the shooter, who also saw action in the 2010 and 2014 Asiad editions in Guangzhou and Incheon respectively.

Topacio, whose family is in the arms business back home, shrugged off the expense and said he would just buy bullets at the shooting range after learning they are available there.

The lot of the five-man tennis squad, led by coach Chris Cuarto, was just as trying after learning that all of them did not have the proper credentials — which would have barred them from entering the Athletes’ Village inside the Jakabaring Sports Complex.

Making matters worse, Cuarto together with AJ Lim, Jeson Patrombon, Francis Alcantara, and Jade Capadocia had to take an hour’s train ride to the Games Village, entering their quarters with guest passes.

“Their formal ID’s are now being processed,” said Philippine Secretariat staff Liza Ner while looking on at the tired and haggard athletes.

“This was (quite) a challenge but you can’t allow these circumstances to become toxic in your head,” noted Dr. Charles Corpus, the chief of the medical team here, with a wry smile.

Let the succeeding Palembang-bound Asian Games participants be forewarned: the trip is definitely not for the faint of heart.