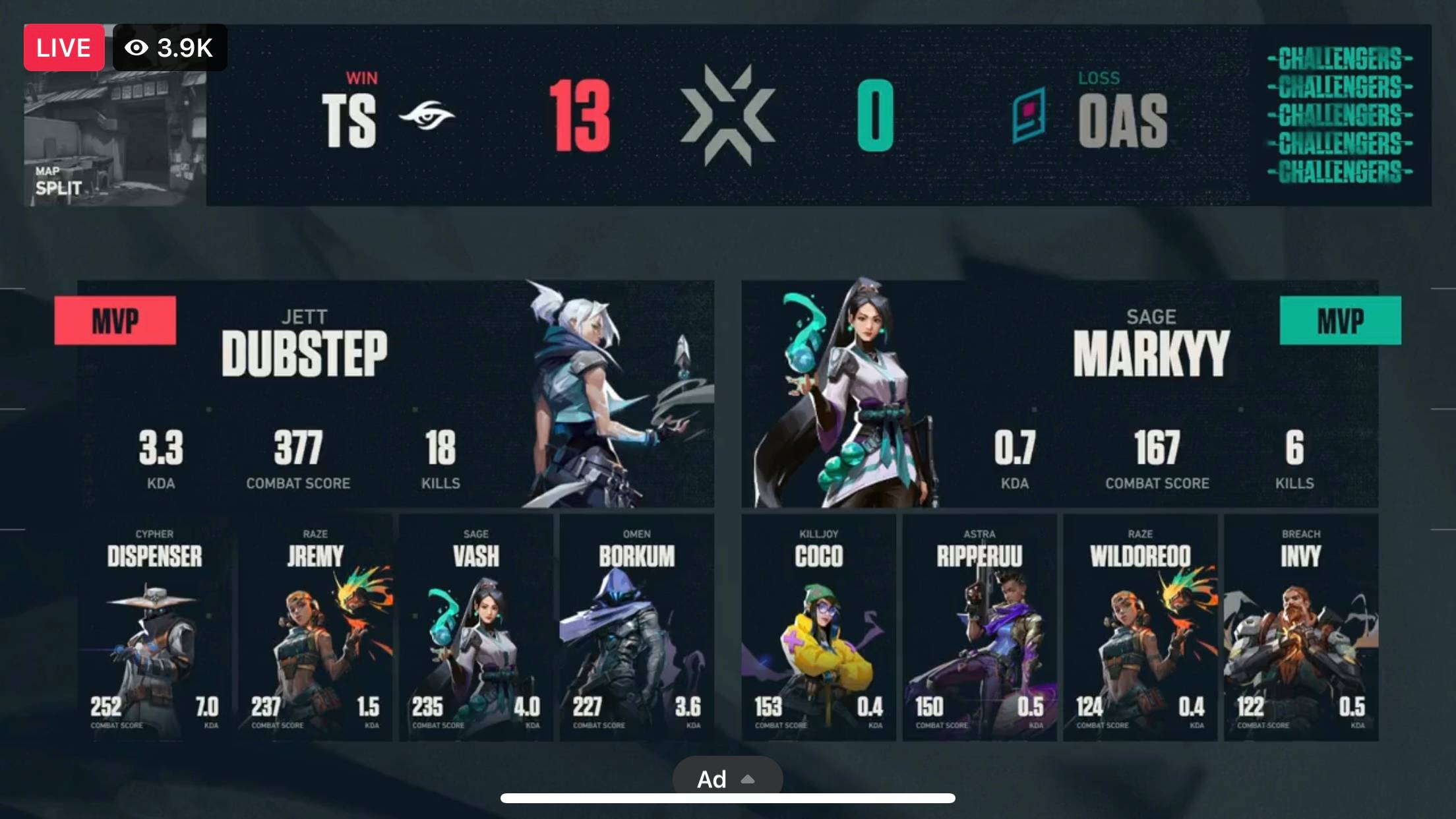 The defending Southeast Asian champions showed pure dominance in the decider at Split, dispatching Oasis Gaming via a perfect 13-0 sweep.

Jayvee “DubsteP” Pagurugan (Jett), who struggled in the opener, had a stellar Operator performance. He dropped 18 kills to go along with a total of 377 Average Combat Score to help Team Secret secure its first win in the tournament.

Oasis Gaming started the series strong, putting up a 9-3 advantage in Game One at the Team Secret-picked Ascent. The team eventually nabbed the first game, 13-6, by riding Bhreyanne “Wild0reoo” Reyes’ 31-kill performance on Jett.

Team Secret’s newest recruit, Jeremy “Jremy” Cabrera, made his debut in the opener by replacing Riley “Witz” Go. The 16-year-old finished with 14 kills playing KAY/O in the loss.

The VALORANT Champions 5th-8th placer was awarded the second game after Oasis Gaming, who suffered issues with the client prior to Game Two, suffered issues from game client.

Oasis Gaming, who scored a win against Action PH later in the day, is now at 3-2 tied with the same team. Team Secret, meanwhile, is still at the bottom of Group A with a 1-3 slate. 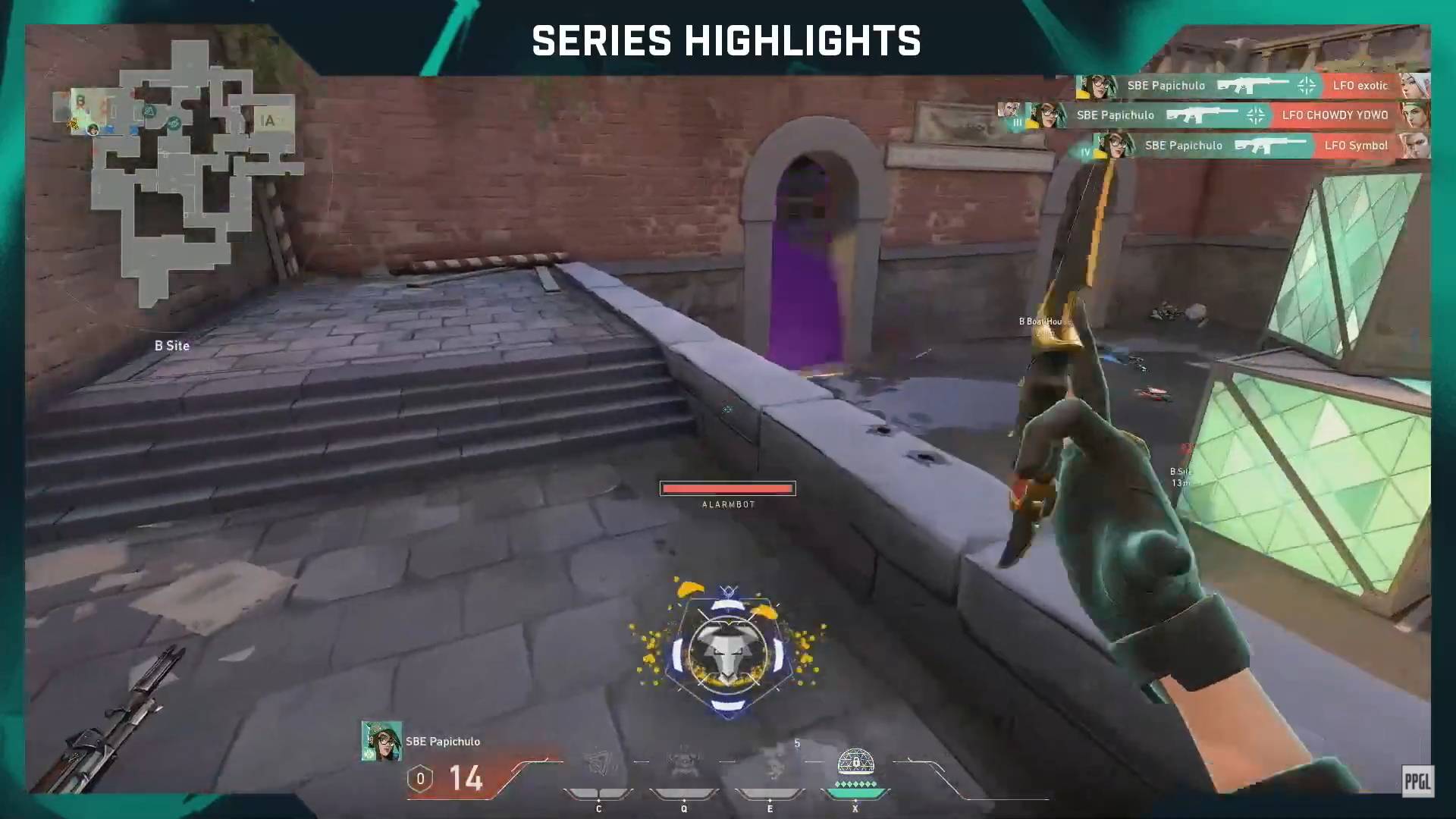 South Built Esports continued its surge by taking out Looking for Org, 2-1, in the second bout of the day.

Game Three turned out to be a showdown between Killjoys as Nathaniel “Nexi” Cabero and Frederico “PapiChulo” Evangelista both reached the 20-kill mark for Looking for Org and South Built Esports, respectively.

PapiChulo, though, got the last laugh after scoring a one-on-three Clutch in Round 21 to secure the 13-10 series for South Built Esports. He finished with 25 kills in the victory.

Looking for Org dropped the first map due to technical issues. They then bounced back at Icebox in Game Two after putting up an 11-1 lead which eventually turned to a 13-6 victory to tie the series. Boggs “Symbol” Ramos and Charles “Chowdy” Carcallas both had 20 points for Looking for Org.

South Built Esports and Looking for Org now have identical records at 2-2. The former, though, took third place in Group B while the latter settled for the last spot. 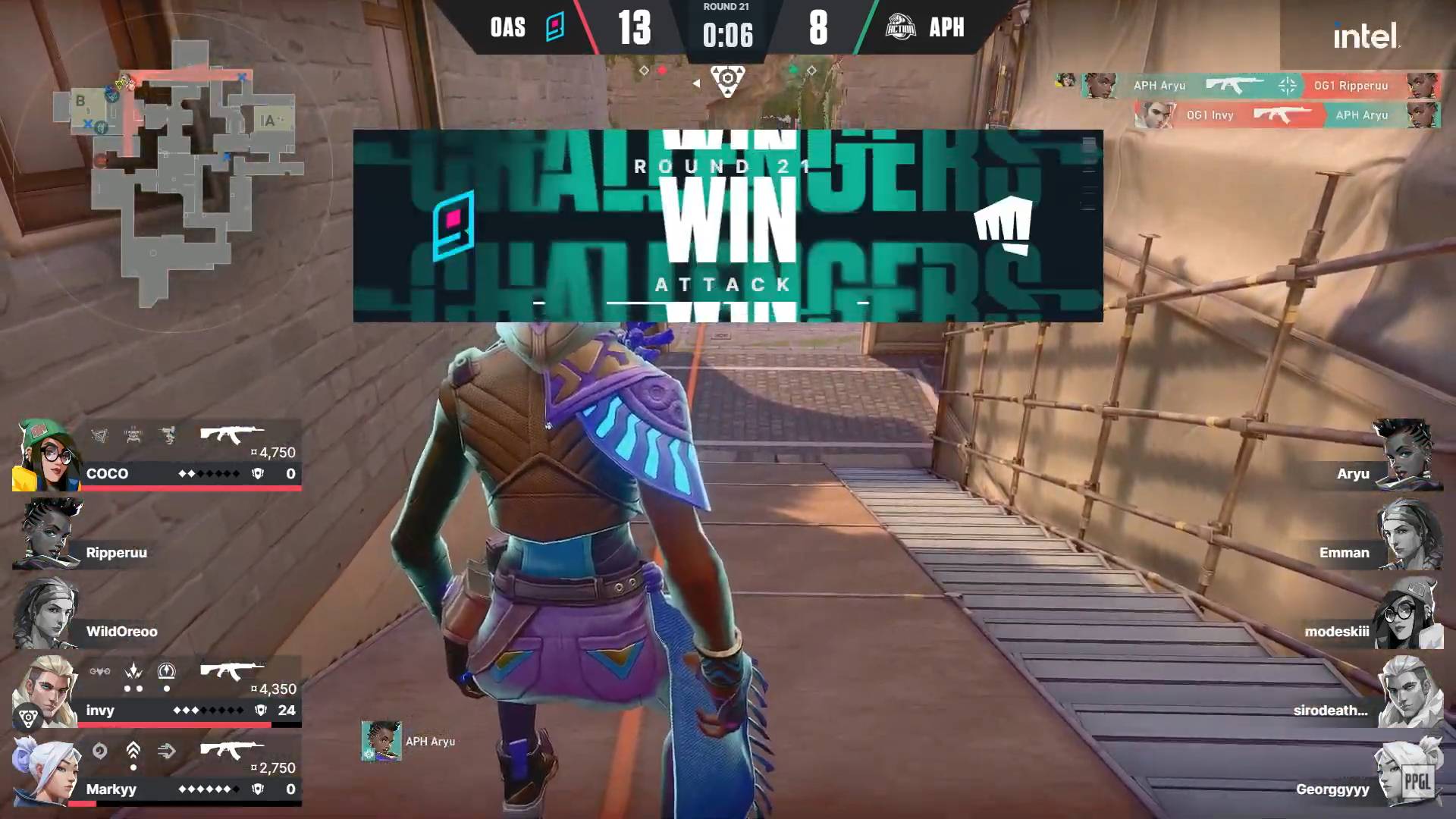 After a tough loss earlier in the day against Team Secret, Oasis Gaming made a statement by defeating the top-ranked Action PH, 3-1, in the nightcap.

Action PH opened up the series with a 13-8 Game One win at Haven while Oasis Gaming came back with a 13-9 win at Fracture to tie the game.