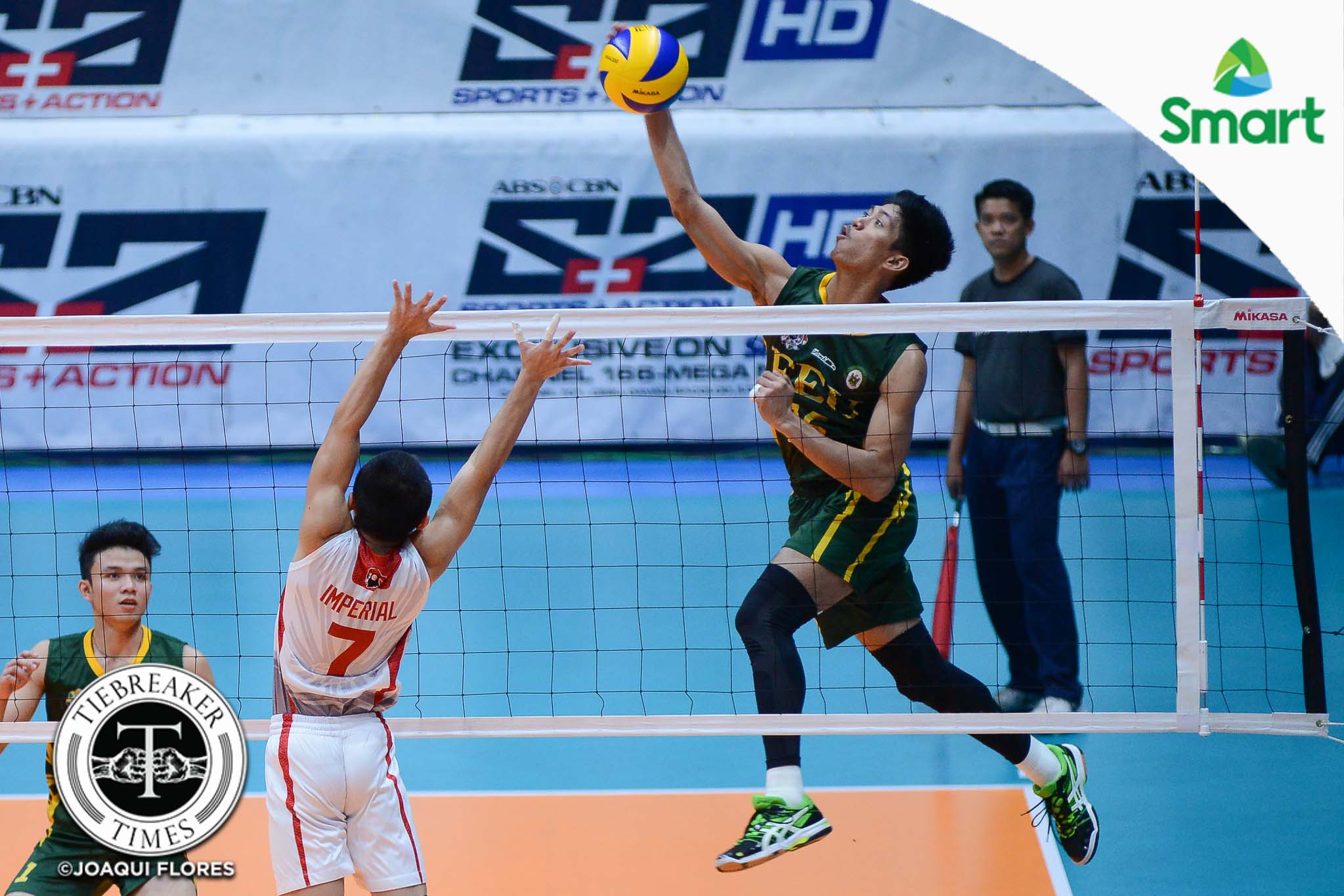 The Far Eastern University Tamaraws needed just an hour and fifteen minutes to dismantle the University of the East Red Warriors, 25-19, 25-22, 25-13, and snap an alarming three-match losing slide at the FilOil Flying V Centre.

FEU stuck it to their neighbors at the net and service line. The Tamaraws got a combined 18 points from block kills and serve aces, while UE had just four.

Locked in a tight race for the last two Final Four seeds, the Tamaraws came into the match with a sense of urgency, according head coach Rey Diaz.

The Morayta-based spikers elevated their record to 6-5, half a game ahead of the 5-5 University of the Philippines Maroon Spikers and a full game in front of the 4-6 University of Santo Tomas Tiger Spikers for the the third seed.

FEU next take on the Adamson University Falcons (2-8) on Sunday at the Smart-Araneta Coliseum.

UE, who won their first match in three seasons just two weeks ago, remain at the bottom of the league with a 1-10 record.