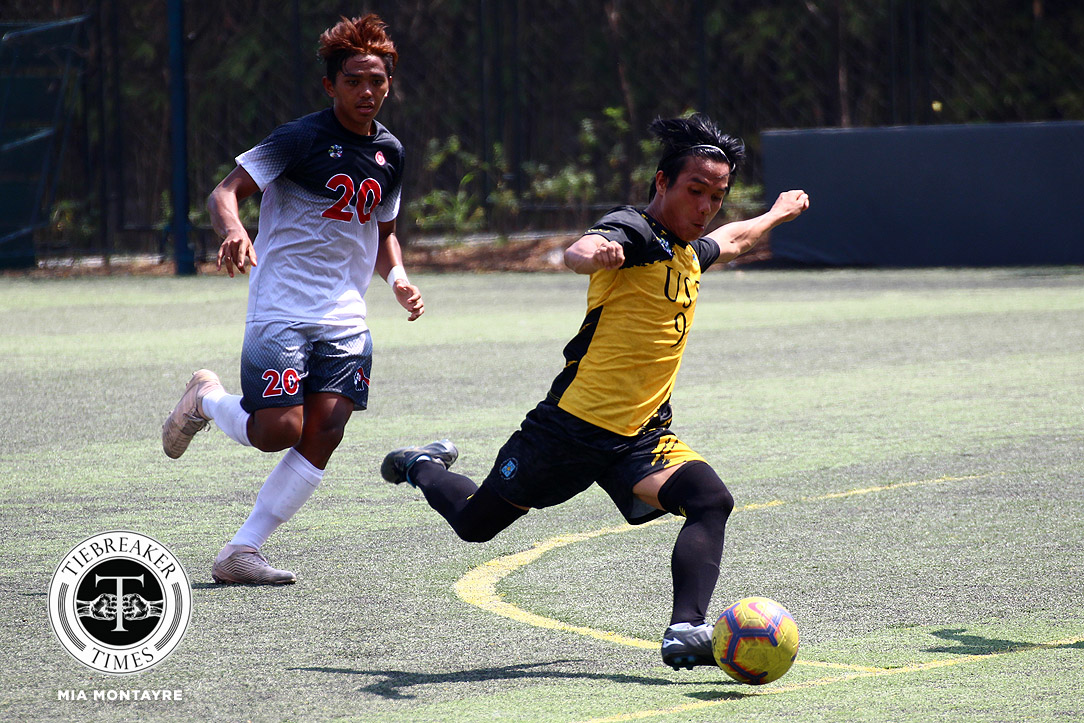 One of the trademarks of a strong team in the UAAP Season 81 Men’s Football Tournament is the ability to call players from the bench who can create an instant impact on the pitch.

Behind the heroics of substitutes Steven Anotado and Conrado Dimacali III, the University of Santo Tomas Golden Booters outlasted the University of the East Red Warriors, 3-2, Sunday morning at the Far Eastern University-Diliman field.

The Red Warriors gained the lead in the 10th minute of the contest when Bon Opeña struck past Golden Booters goalkeeper Zaldy Abraham Jr.

UST tried to retaliate after the setback, but the Golden Booters found themselves repelled and out of ideas every instance they penetrated the final third.

It took stern words from Golden Booters mentor Allado and veteran forward Anotado to set things right. Anotado came in for Lan Fuchigami upon the game’s resumption and headed in UST’s leveler in the 60th minute. He then gave the lead to the España-based school four minutes later with a long-range strike.

All of Anotado’s exploits were undone, though, thanks to an exhibition of fine individual skill from Mason Vergara. Vergara received the ball deep into the UST half and slalomed past the Golden Booters backline to bring UE back in the game in the 71st minute.

Ultimately, there was one last sting in the tale and it came from another substitute, Conrado Dimacali. Allado put in Dimacali at the expense of Jayson Rafol and the move paid dividends, as the senior managed to score the winning goal in the 82nd minute from close range.

The two schools shall next play on March 14, 2019, at FEU-Diliman. UE (7 points) first face the National University at 9:00 AM. On the other hand, UST (9 points) have a finals rematch with the University of the Philippines afterwards at 1:00 PM.