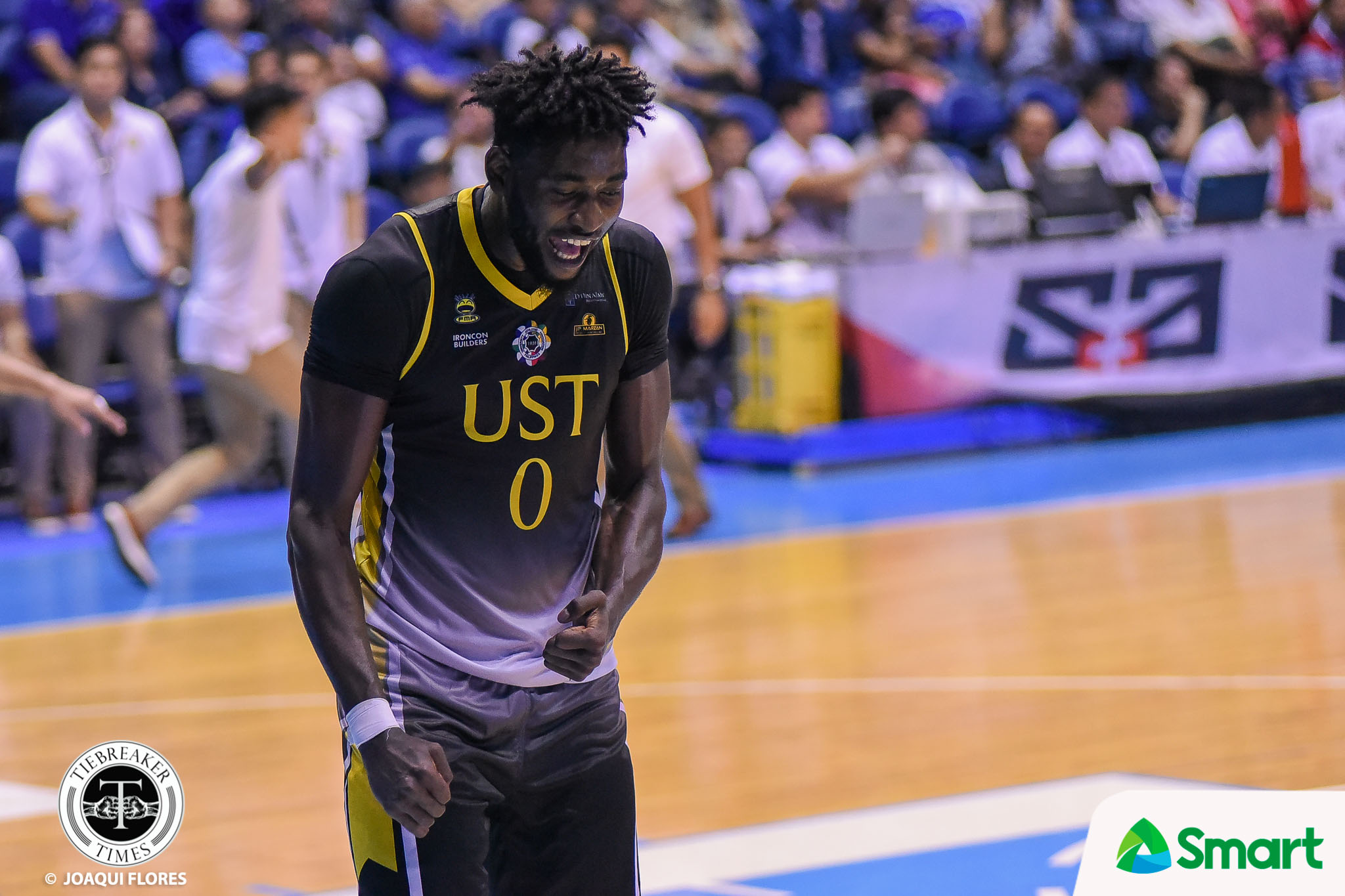 Cameroonian student-athlete Steve Akomo is currently confined at the Intensive Care Unit of UST Hospital (Private) as he is suffering from a concussion and has been diagnosed with blood clots on his cerebellum. The development was confirmed to Tiebreaker Times by numerous members of the Growling Tigers’ staff.

Akomo, who is in his final year, sat out the last two games of UST.

According to a team official, Akomo will no longer have to undergo surgery and is on track for a full recovery.

Last September 22, the 6-foot-9 big man was clocked by Papi Sarr with 3:58 left in their game. Akomo was down for a while but managed to finish the game.

Prior to this, Ayo’s staff thought that Akomo, who is averaging 9.8 points and 9.5 rebounds per game, was suffering from food poisoning but later prognosis showed that he had suffered a concussion. Later on, blood clots were found in his brain.

Olivarez one win away from first round sweep