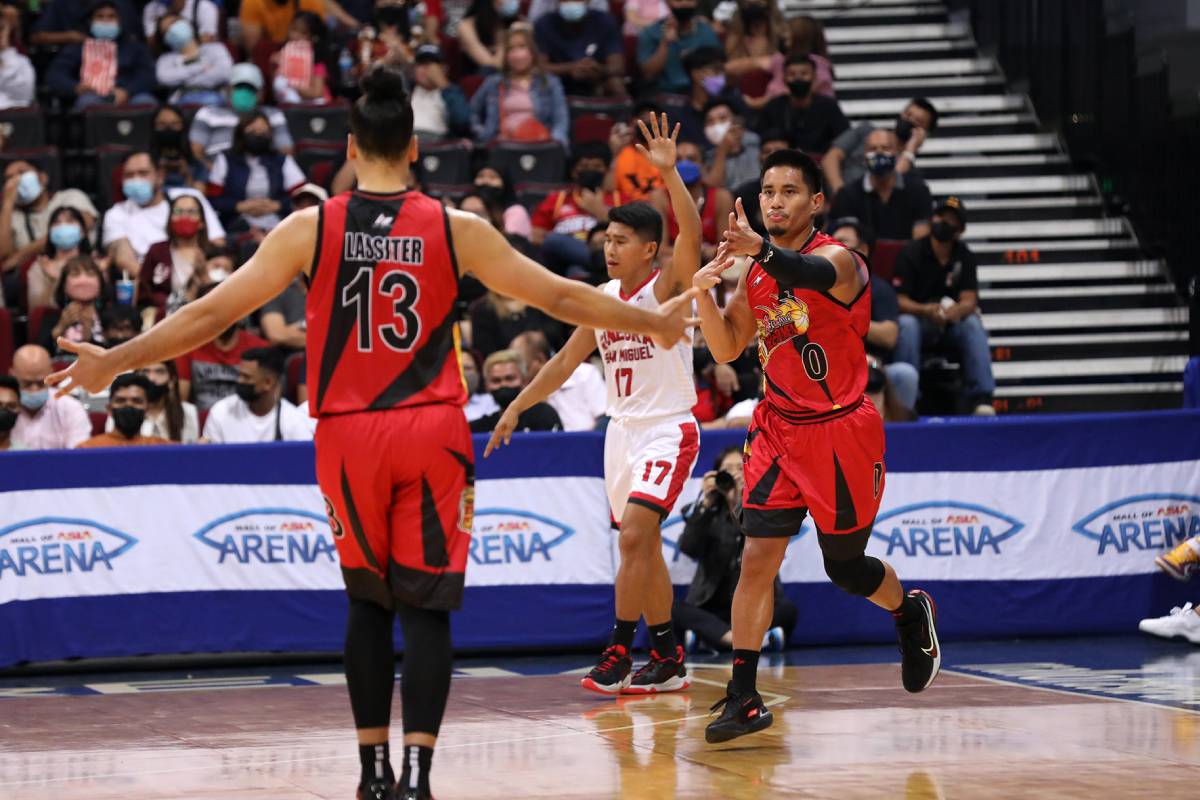 Enciso did confirm that Cone told him as much. “He just asked me, ‘Did I have to get hot right there and then?'” he said.

The 31-year-old played arguably his best game in a San Miguel uniform with 18 points, including 12 in the fourth quarter alone which all came from beyond the arc as he carried the fight for a side short in manpower due to injuries.

“Like everybody else, he was shooting horribly through the whole game and fourth quarter came and bam, bam, bam. He hit three, four three-pointers,” narrated Cone, whose side fell behind at one point no thanks to Enciso.

For the 17th pick of the 2015 Draft, he just tried to do what he can in lieu of Chris Ross, who’s out for two to three weeks due to a knee injury.

“We all know that Chris is a big part of this team. And I’m the next one up, so I just had to step up, that’s what I tried to come out to do tonight,” he said.

Unfortunately, such a notable outing from the seven-year pro ended up in a loss, the Beermen’s first after a hot 3-0 start into the conference.

“Imma take all the blame for this one. Had a bad turnover at the end, we should’ve been in it still — we were still in it, but Imma take this one on the chin and be better next game,” said Enciso, who shot 43-percent from the floor.

Nevertheless, the Fil-Am guard had himself quite a night that even the league’s most accomplished mentor tipped his hat to him. And for Enciso, much of the credit goes to his teammates for how he performed.

“Surrounded by great shooters like Marcio Lassiter, Robbie Herndon, Jericho Cruz, and CJ [Perez], and Von [Pessumal], those are my guys that I shoot with — Paul Zamar and him — so my teammates have a huge impact on how I shot today.”

The strong belief played a part, too — the belief that he would, one day, figure things out being part of a crew as star-studded as San Miguel.

“I just knew that it was a matter of time,” he said. “I know people have their doubts, but I’ve been traded so many times, there’s always a period in my career where I get traded to a new team, I try to figure it out.

“And this team has so many weapons that it just took a little bit longer,” added Enciso, who’s now in his sixth PBA team. “This game is giving me a lot of confidence, and I’m just gonna try to keep it going.”