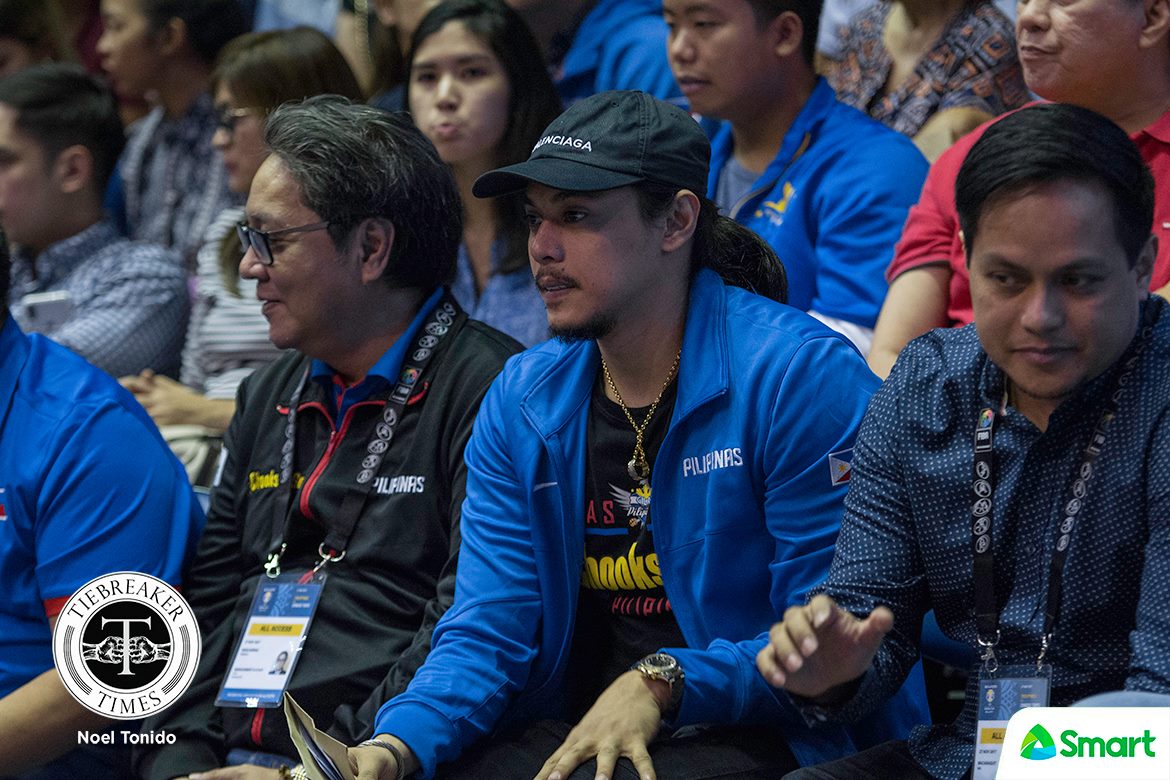 When SMART Gilas Pilipinas took on Chinese-Taipei in its first homestand in the 2019 FIBA World Cup Qualifiers, Terrence Romeo, one of the team’s pool members, was sitting at the patron section of the SMART-Araneta Coliseum.

The scoring sensation that lit it up during the 2017 FIBA Asia Cup could not join his brothers-at-arm this time around as he is nursing a right knee injury.

Though still recovering, Romeo, who was sitted beside Bounty Agro Ventures Inc. president Ronald Mascarinas, was just like everyone else during the game. He was seen cheering wildly, shouting his heart out to show his support for Gilas. By the end of the night, he lost his voice. Moreover, he was happy.

One of his best “fan” moments though was seeing Jayson Castro lead the Philippines once again to victory. Dubbed as the best point guard in Asia, Castro finished with 20 points, four rebounds, and four assists.

Even if he has played with Castro multiple times already, Romeo admitted that he is still a fanboy of his.

Come the second leg of the qualifiers, every fan is hoping to see Castro and Romeo together again on the court.

With momentum on La Salle’s side, Tab Baldwin makes sure Ateneo forgets about Game 2