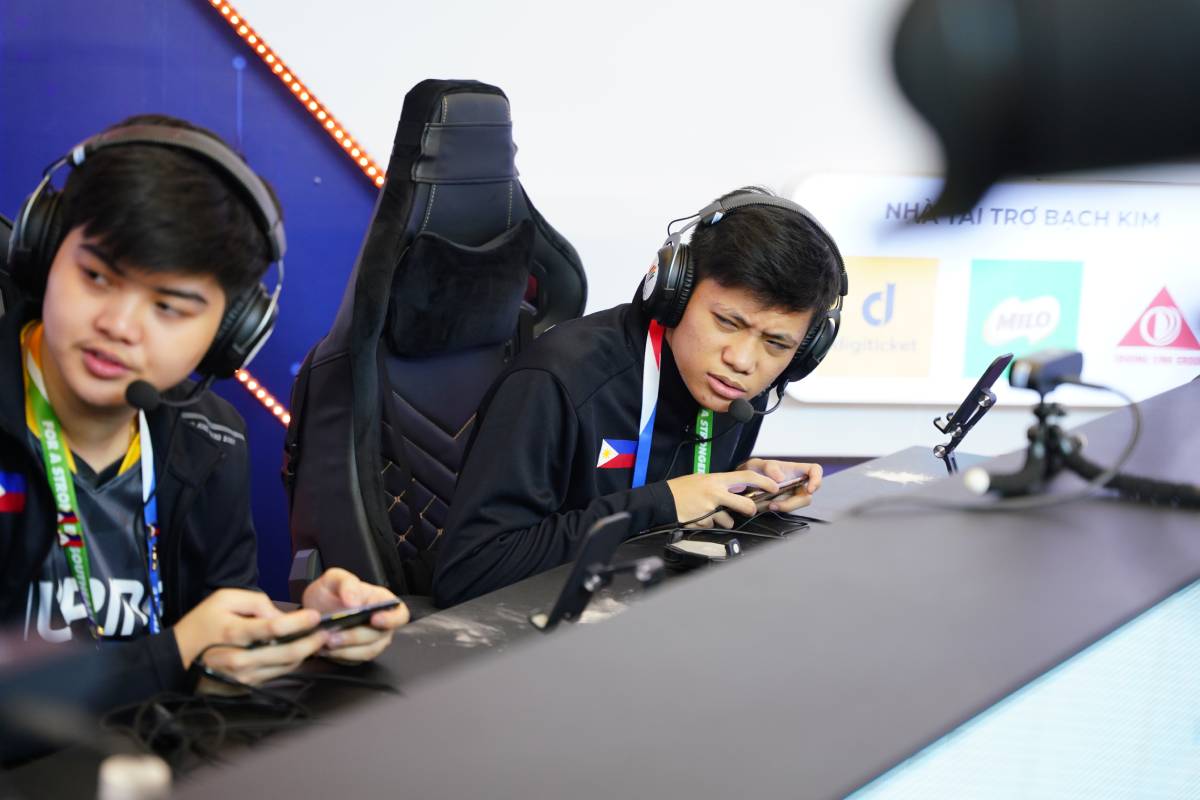 The victory put the Blacklist International-composed team with a tournament-best six points off a clean 2-0-0 standing.

The Philippines played from behind all game long before securing a four-man wipe near the Luminous Lord pit at the 14:35-mark to finally take the upper hand over Laos. From there, the Filipinos secured the objective without contest en route to the game-winning siege down the bottom lane.

Imam’s Xavier starred in the 14-11 Game One win with three kills, a death, and 10 assists while Danerie Del Rosario recorded seven kills, three deaths, and four assists on Karina in 16 minutes and 18 seconds of action.

Dominant was the Philippines in Game Two, scoring 10-0 in the first 11 minutes of the game while also putting up an almost 7K gold advantage against Laos.

Hadji posted a hundred percent kill participation in the win, scoring 11 of SIBOL’s 18 kills in the win while also dishing out eight assists.

SIBOL will cap off its group stage campaign against Myanmar at 9:30 PM.