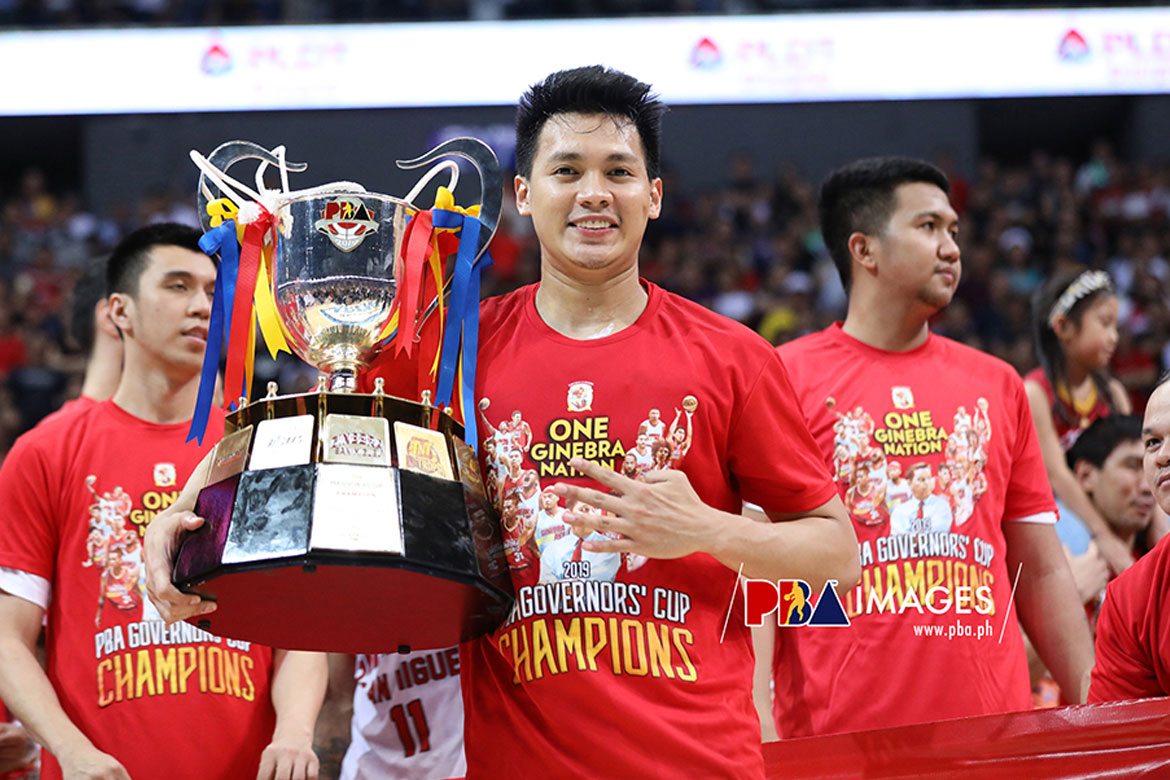 There were many heroes for Barangay Ginebra during their five-game conquest of Meralco in the 2019-20 PBA Governors’ Cup Finals.

There was the high-flying Japeth Aguilar who was a nightmare for the Bolts’ frontline. Of course, there was Justin Brownlee, who once again terrorized Allen Durham. Then prized acquisition Stanley Pringle was like a doctor, easily dissecting Meralco’s backcourt.

But for head coach Tim Cone, the x-factor of the series was Ginebra’s Swiss army knife, Scottie Thompson.

The native of Davao had struggled all conference long. But in the biggest of games, the giant-slayer once again showed up, averaging 8.2 points, 6.4 rebounds, and 5.6 assists per game.

“I could go down the list, you know, of our guys and who played well. I thought Scottie’s quiet numbers were really the key to us winning, aside from Japeth’s,” shared the decorated tactician.

“I mean, if I had to pick a second MVP, I would have picked Scottie.”

Besides helping LA Tenorio steer Ginebra’s offense, the product of Perpetual Help-Las Piñas also did it on the defensive end.

After Ginebra lost Game Two to Meralco, Cone’s staff decided to let the 6-foot Thompson defend 6-foot-2 Chris Newsome, who had been having a series in the first two games.

It did wonders for Ginebra. Thompson not only limited Newsome, but Ginebra was able to pick up the last three games of the series via wide margins.

“He provided the little things needed — the rebounding, you know, the getting out the break, you know; the passes, being in the right place at the right time. All that stuff that didn’t show up in the stats, but they add so much to the overall, you know, forty-eight-minute game that you play. And I thought Scottie was just absolutely outstanding this series,” opined Cone.

Cone likened Thompson’s production to another beloved Ginebra figure in Rudy Hatfield. Hatfield — who stands at 6-foot-3 but has a hulking physique — wouldn’t collect eye-popping numbers on a nightly basis.

Still, he gets the job done — just like Thompson.

“That really proved why he is one of the elite players in the PBA. It’s like Rudy Hatfield. Rudy didn’t score a lot of points, but we know the impact he made on the game every time out when he was with Ginebra and when he’s with Coca Cola. And Scottie, he’s the same way,” said Cone.

“You know, he makes a huge impact in every game, even though it doesn’t show up on the stats every time.”