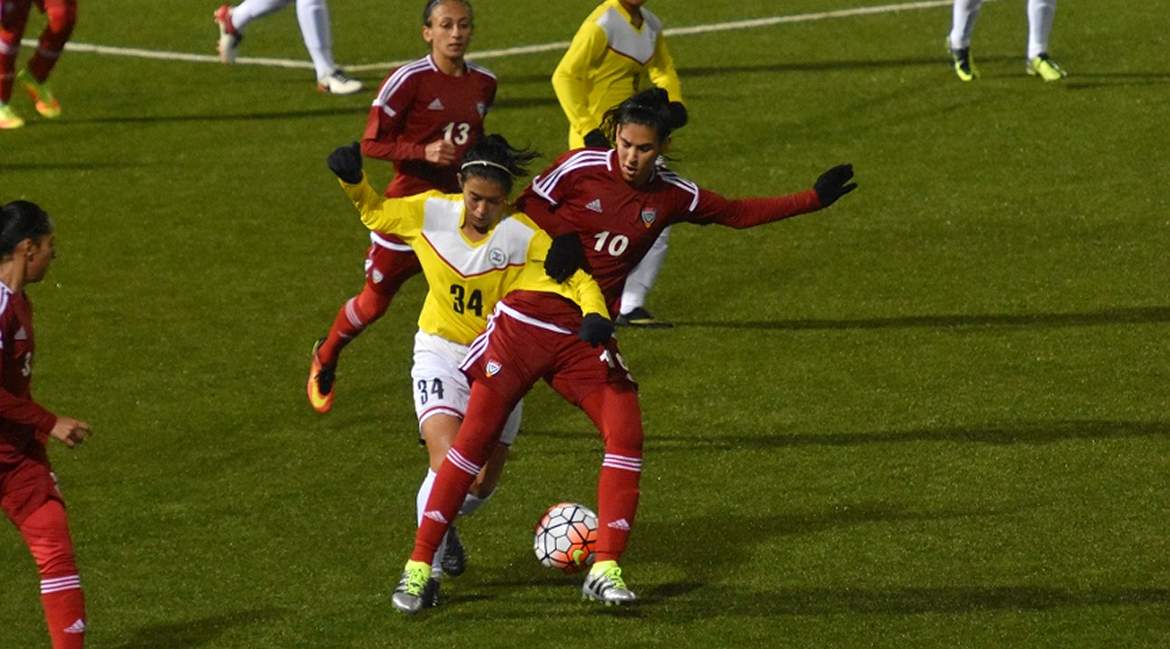 After 15 long years, the Philippines is set to compete in the AFC Women’s Asian Cup.

Though the Philippine Women’s National Football team rampaged through its first three games in the qualifiers held in Dushanbe, Tajikistan, they had to dig deep to book their ticket to Jordan.

Things did not easily go as planned for the Filipinas against the Bahrainis as forward Noora Al-Dossary drew first blood eight minutes after the restart to shock the Philippines. It was the first goal conceded by the Filipinas then and question marks were raised as to how the team would react.

Time was ticking and it seemed like everything was bound to turn into a glorious defeat. Come the 82nd minute, though, Filipino-American striker Eva Madarang headed the ball towards a rushing Sara Castañeda who then directed the ball home to level the scores. Moreover, they only needed to hold their opponents for eight minutes to seal their spot in the Asian Cup.

Ultimately, the Philippines secured the much-needed point in that game and the UAAP Season 78 Rookie of the Year was reluctant to absorb all the praise for that crucial goal.

“I think for many of us what went through our heads was that we needed to get a goal, which in the end we did,” the 20-year-old reflected.

Castañeda, a sophomore playing for De La Salle University, was a vital cog all throughout the campaign. She punched in four goals in just five fixtures, but none more important than the goal against Bahrain.

For her, each goal she drove in was a testament to the work done by the team.

“[It’s] very fulfilling. I mean it is not all the time that we get an opportunity like this,” the midfielder said.

“I wouldn’t have been able to score the goals without the team, so thank you to them.”

But even when the tears had yet to dry up from their cheeks, the Filipinas needed to get back to the field for one last assignment. Their last game was against the 2018 AFC Women’s Asia Cup hosts Jordan which had a spotless record in the qualifiers.

If there was a game which gave the Filipinas a reality check, that was it as they lost 1-5 to the Jordanians. And it served as a lesson to the Philippine squad that the work is far from being over.

“Playing against Jordan was like a preview of how the teams in the 2018 Asian Cup are going to be like.

“Hopefully we will be able to work on whatever we need to work on just in time for next year,” Castañeda said.

In addition to Jordan, Asian powerhouses like Japan, Australia, China, South Korea, Thailand and Vietnam await the Philippines with the games scheduled from April 7-22, 2018.

The top two teams of each group qualify for the 2018 World Cup and both third place teams will battle it out in a playoff to determine who gets the final ticket to the tourney which will be played in France.

“It feels great to finally see us move one step closer to actually qualifying for the World Cup,” Castañeda furthered.

“It won’t be easy for sure but hopefully we can work on it within the year.”

But for now, the young Filipinas will savor this glorious feat. And it is well deserved.