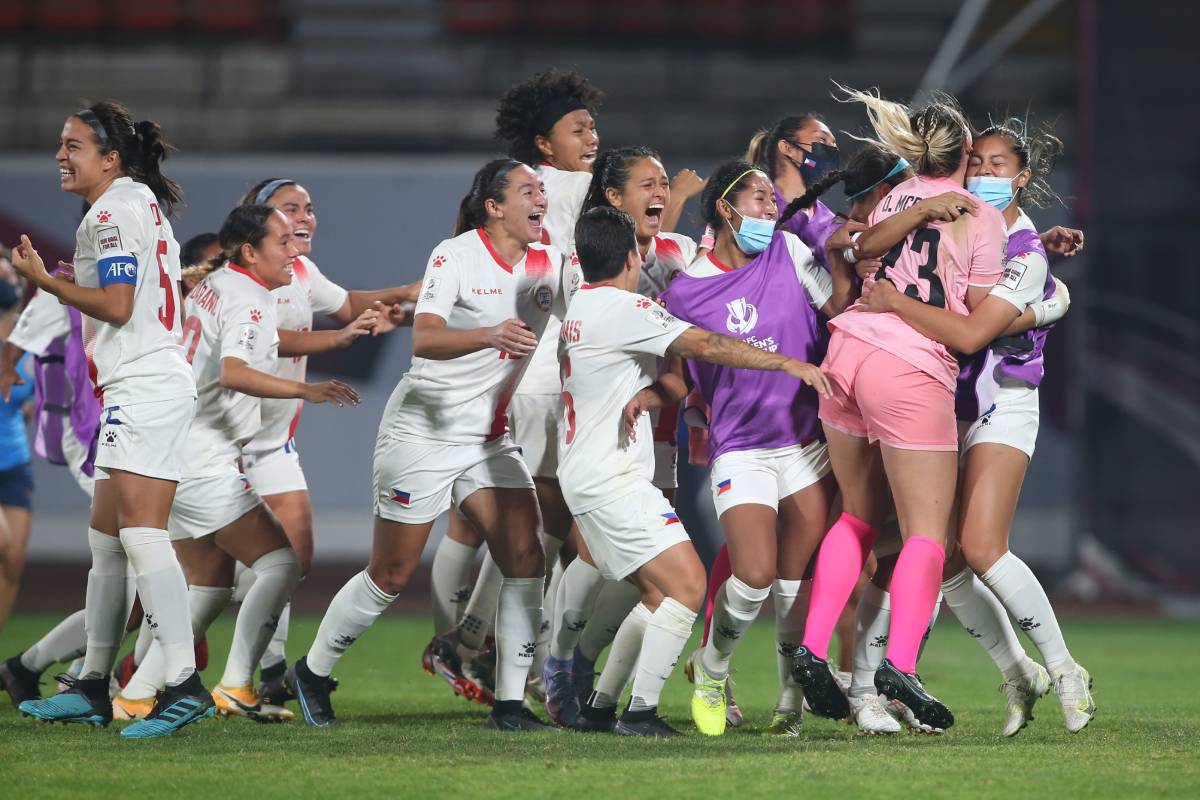 The impossible dream has come to fruition.

The Philippines has booked a ticket to the FIFA World Cup 2023 hosted by Australia and New Zealand courtesy of a 4-3 (1-1) penalty shootout victory over Chinese Taipei in the AFC Women’s Asian Cup 2022, Sunday evening at the Shree Shiv Chhatrapati Sports Complex in Pune, India.

“It’s an unbelievable achievement from the group. It’s a moment of history for the country. No one can ever take that away from the group. I know I spoke about it the other day that now, every young kid, girl, and boy, in the Philippines will be inspired to get into the World Cup themselves. So I know the group is proud of each other, but I know that they are even more proud that they’ve inspired the next generation,” said coach Alen Stajcic.

With 120 minutes of action unable to separate both teams, though, they needed the dreaded penalty shootout to find the winner.

Sara Castaneda and Tahnai Annis scored for the Philippines while Jessica Miclat and Hali Long missed their spot-kicks.

Down 2-3 in the shootout, Philippines goalkeeper Olivia McDaniel performed a good stop against Sy Su. Olivia McDaniel then converted her spot-kick to force sudden death at 3-3. 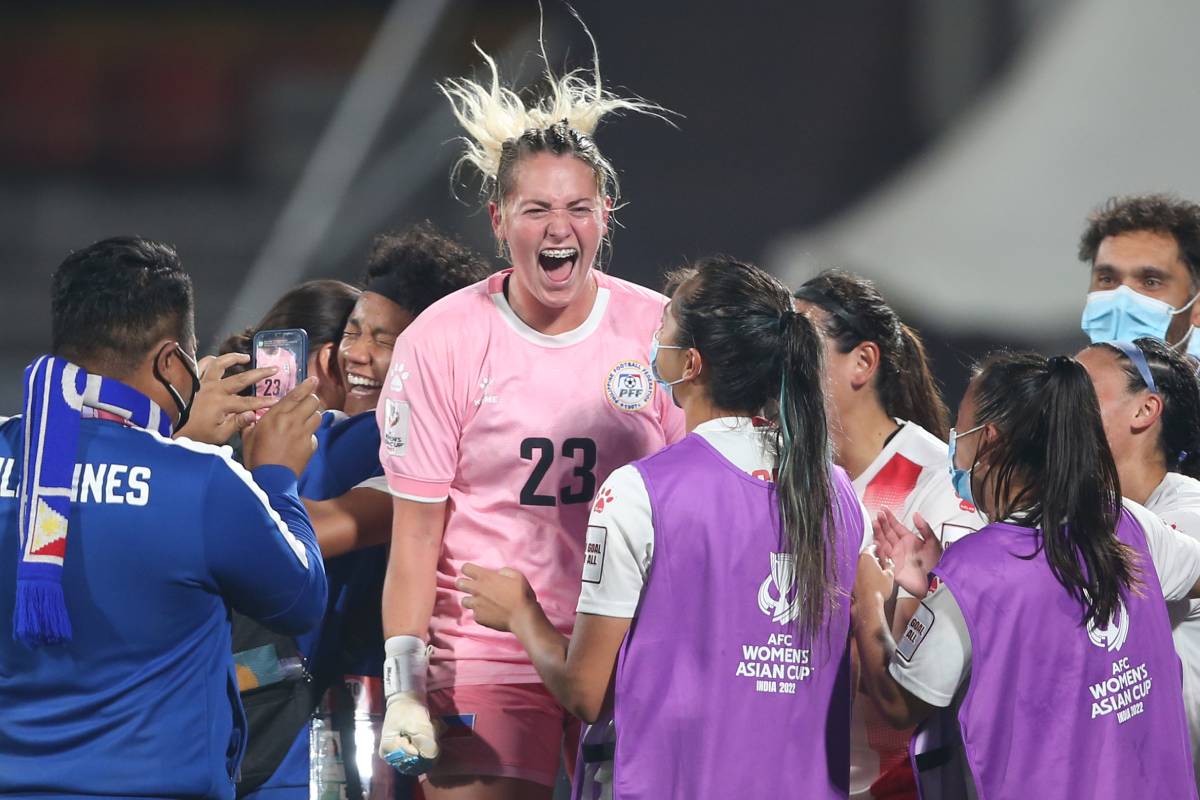 The goalkeeper out of University of Wisconsin–Milwaukee performed another fine save against Zhou Li-Ping to give the Filipinas the advantage. Sarina Bolden then scored her penalty to seal the victory –the country’s first against Chinese-Taipei in six tries.

It was a dramatic contest that took two hours to settle. 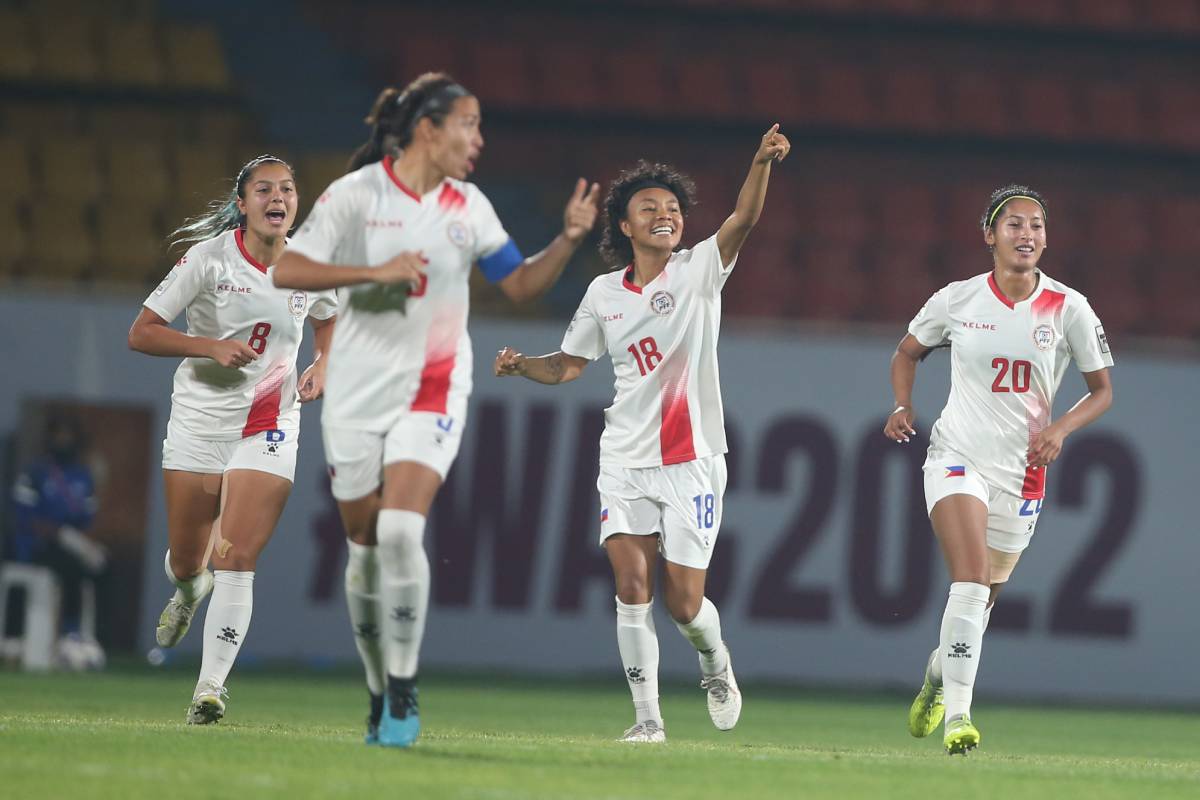 Quinley Quezada put the white shirts in the driver’s seat during the 48th minute following close range finish off a Katrina Guillou assist, which came under a VAR check. The goal was then given and the Philippines had a lead to protect.

Come the 83rd minute, though, Chinese Taipei found the back of the net to level the proceedings.

Midfielder Zhuo Li Ping unleashed a fantastic long-range effort past McDaniel to give her side a lifeline.

The second half was frenetic compared to the chess battle the two teams had in the first 45 minutes of the contest.

At the other end, Filipina forward Sarina Bolden hit the side-netting twice while Chandler McDaniel had a header straight at opposition goalie Cheng Ssu-Yu.

Ultimately, Stajcic and his players accomplished what was deemed impossible beforehand. At long last, the Philippines is off to the World Cup.

With the World Cup ticket in the bag, the Philippines now sets its sights on dominating the region as they go up against South Korea in the semifinals. That game will take place Thursday, 4:00 PM (Manila time) at the same venue.