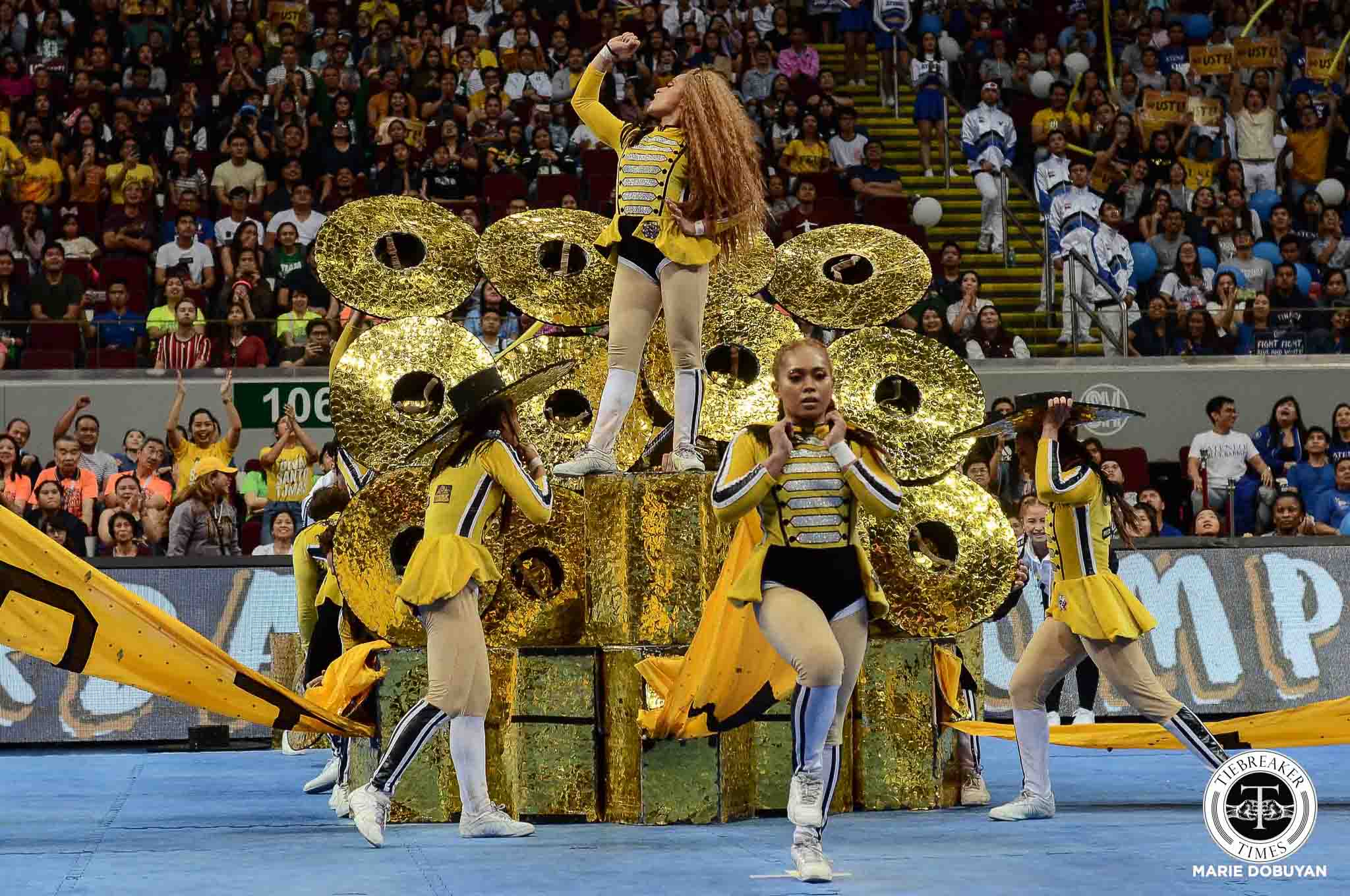 In the UAAP, making the podium is already an achievement. It makes it all the more heartbreaking to miss it by a hairline.

On Saturday, the University of Santo Tomas Salinggawi Dance Troupe missed the podium by a decimal, lagging behind the Adamson Pep Squad, 638 to 638.5.

And once Adamson picked up bronze and FEU notched silver, the faces of the Salinggawi troop were painted with disappointment.

“Well after kasi the performance, I was really happy. And parang sabi ko, a podium finish would just be a bonus,” shared head coach Mark Chaiwalla. “Yun talaga yung naramdaman ko right after the performance. Kasi first of all, ang hinihiling ko lang naman ay maging safe yung mga bata, and then secondly is that they would go out of the mats happy.

“Pero ako, my personal na nararamdaman now, medyo talagang nanghinayang ako when I saw the scoresheet because of the difference in the podium finish is just point-five.”

However, it all came to deductions. UST had 10 ,while Adamson only had two.

And the youthful head coach needed to console his team afterwards, as they were devastated with the result.

“Right after the announcement of winners, I was saying ‘guys okay lang yan’. Kasi like what I’ve told them before they performed, what’s important is that they’re safe, secondly is that they go out the mats happily,” he said.

“And that the Thomasian community would feel happy as well and yun nga, they would also feel happy after they performed. Siguro a podium finish would be just a bonus na lang talaga. It’s just that ako sabi ko, mas tanggap ko, mas mabilis kong matatanggap kung thirty points yung difference,” he added.

It was a consolation for a heartbreaking night.

“I’m very thankful kasi despite not landing in the podium this year, despite just a point-five difference, they still appreciate us.

“Kasi lahat naman ng pinagta-trabahuhan namin is not for us, it’s for all those who appreciate us no matter what. So again, that’s probably the best consolation that we have for now,” he expressed.