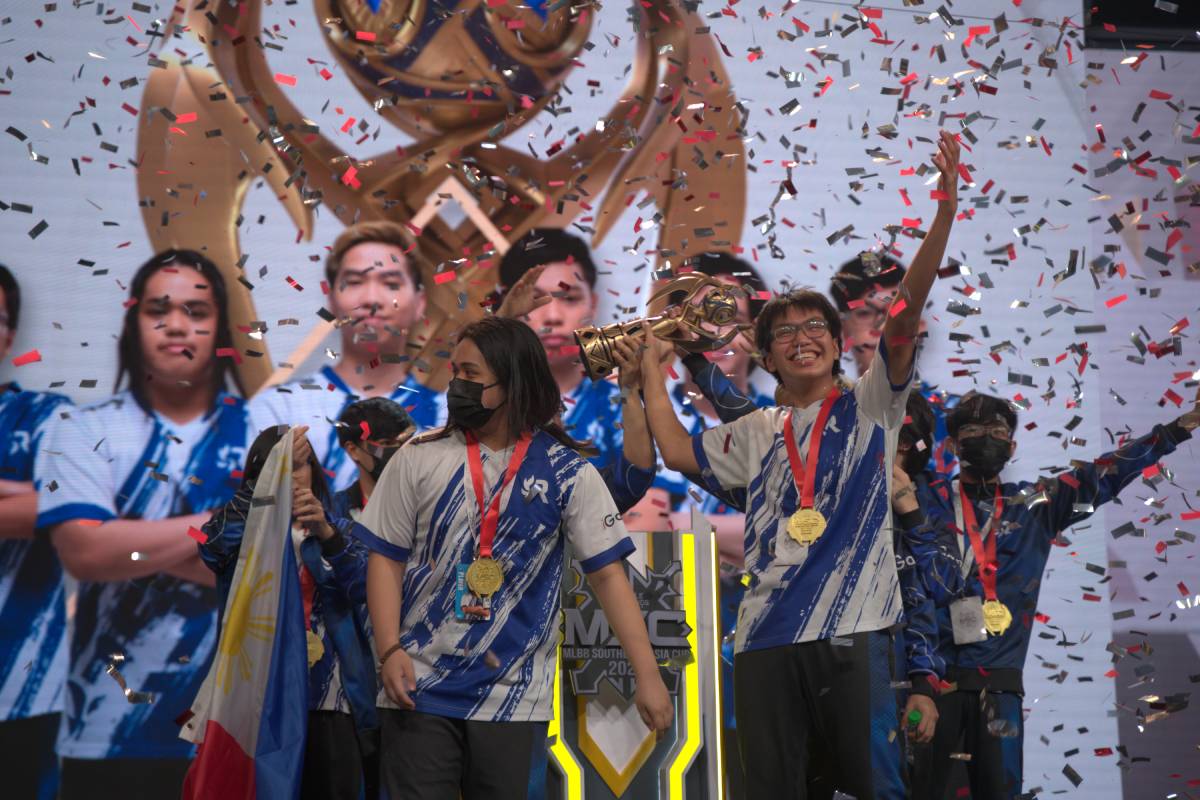 The reigning MPL Philippines Season Nine champion became the third Filipino team to top the regional meet after Aether Main (Bren Esports) in 2018 and Execration in 2021.

RSG PH mounted a huge come-from-behind win in Game One, 17-11, highlighted by an exceptional base defense in the 14th minute to take the early 1-0 advantage over RRQ Hoshi.

Down by 8K in the gold department with no turrets left, the Filipinos withstood a siege from the Indonesians to stay in the match. RSG PH then secured the Evolved Lords in the 20th minute and 27th minute before securing a five-man wipe to seal the comeback.

Arvie “Aqua” Calderon, whose positioning and damage played a crucial role in the comeback, led the 28:06-minute match with six kills and eight assists without a single death on Xavier.

Game Two once again went the distance, but the presence of Nathanael “Nathzz” Estrologo’s Masha proved to be the deciding factor in RSG PH’s 12-11 win in 25 minutes and 51 seconds.

Nathzz constantly attacked RRQ Hoshi’s backline which gave them a hard time positioning in Lord fights. He finished with three kills, two deaths, and four assists as RSG PH ended the match with a Lord take and a three-man wipe in the 25th minute.

Aqua, who came all the way from the base to the Lord pit, popped his Real World Manipulation in a two-on-four situation which resulted to a four-man wipe that flipped the game completely.

He finished with five kills, a death, and 14 assists in Game Four which lasted for 29 minutes and 35 seconds.

Looking to seal the series, the Filipinos finished off the Indonesians in Game Four for their first international title.

RSG PH recorded a total of six wins in the tournament — losing only one game to RRQ Hoshi in the upper bracket finals. The team also just lost a total of four games in seven series played.