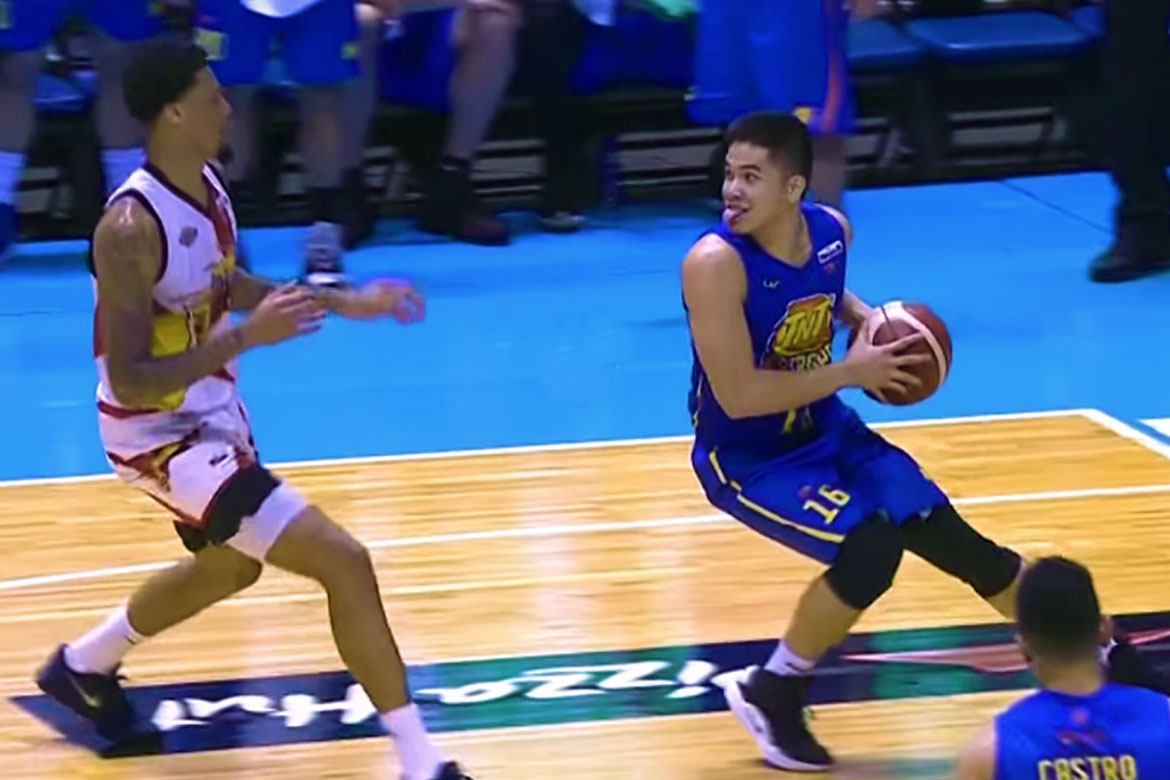 Roger Pogoy believes that Chris McCullough would make a good naturalized player for Gilas Pilipinas, saying that he fits just fine with the Filipinos’ style of play.

The former NBA cager, 25, is among those on the radar of Samahang Basketbol ng Pilipinas as the next naturalized player for Gilas, as the program is moving on from Andray Blatche.

SBP president Al Panlilio has said earlier that the federation is in touch with McCullough, who has been vocal of his interest in donning the country’s tri-colors.

McCullough arrived on local shores in July of last year, when he took over San Miguel’s import chores from Charles Rhodes. He joined a Beermen crew that was in dire straits, as it had only won twice in the seven games it played with the former Best Import.

And the Brooklyn Nets’ 29th pick in the 2015 NBA Draft proved to be the change SMB needed in order to turn its fortunes around.

From a precarious spot, the Beermen managed to clinch the seventh seed, then overcame NorthPort’s twice-to-beat edge to reach the semifinals.

San Miguel later finished Rain or Shine Elasto Painters in the penultimate phase, 3-1, to barge into the championship bout.

There, it faced long-time rivals TNT KaTropa, paving the way for Pogoy and McCullough to cross paths.

#ReadMore  After scoreless Game 1, Rosario shows up in series-tying victory

Memorably, the former FEU standout taunted McCullough in the series opener when he stuck his tongue out as he stole the ball away from the American.

Pogoy later apologized for it, but the Syracuse product barely felt affected by both the mind games and the physicality of the series.

The import’s stint was a success, and he has plans of going back to the Beermen should the opportunity present itself.