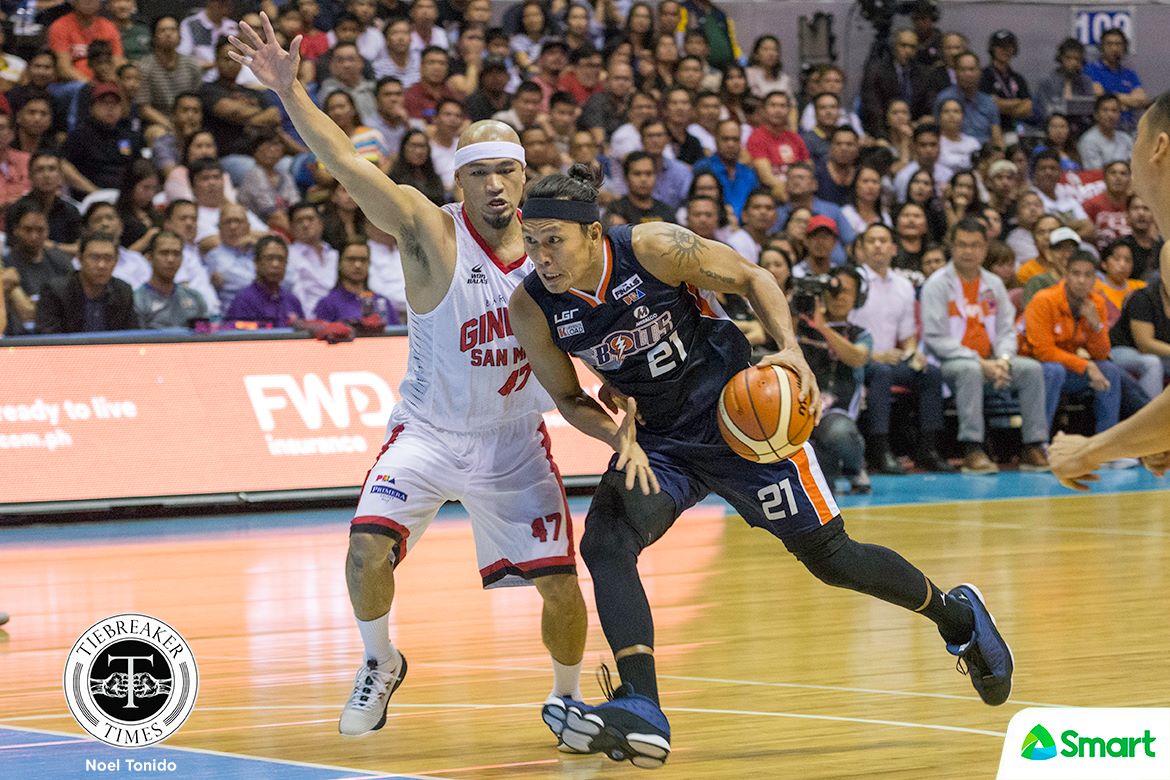 Less than 48 hours after his scintillating 22-point outburst in Game Three, Reynel Hugnatan once again proved that the Meralco Bolts can count on him when winning is necessary, as he used some quick with at the tail-end of Game Four.

The 38-year-old forward did not resort to yet another scoring explosion. This time around, he showcased his passing skills, as his drop pass to Allen Durham led to the game-winning bucket that sent them to a series-tying, 85-83 victory.

Hugnatan was clearly one of Game Four’s heroes, that even the 29-year-old Durham could not help but rave about his senior’s performance. After Friday night, the six-foot-four stretch forward has averaged 18 points in two games.

“He’s really helping us out and I think he’s a game-changer for us.”

This series has become the Bacolod native’s renaissance. But for Hugnatan, he is simply fulfilling the role he has been tasked with, now that the Bolts’ frontline has become depleted.

Now, all eyes are on Hugnatan to see if he can sustain his rhythm, especially now that the series has been reduced to a virtual best-of-three.