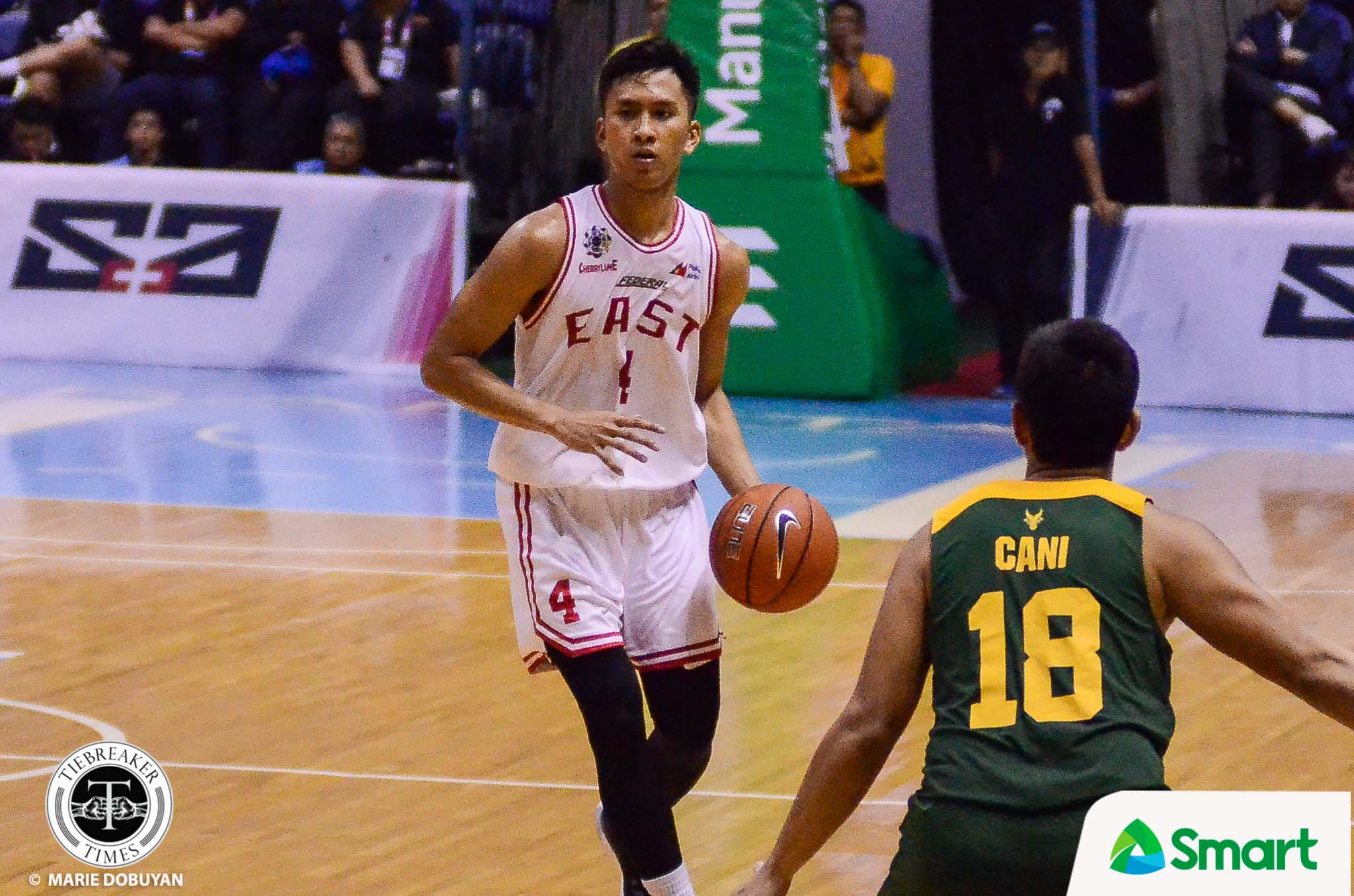 After two games in the UAAP Season 82 Men’s Basketball Tournament, there isn’t a lot to be happy about for the University of the East Red Warriors.

Up against the UST Growling Tigers last September 4, 2019, and FEU Tamaraws this Sunday afternoon at the Smart Araneta Coliseum in Quezon City, the Red Warriorsl lost by an average margin of 14.5 points per match.

However, there is always a silver lining in every moment of despair.

One of the standouts this season for the Red Warriors has been former CESAFI Most Valuable Player Rey Suerte. First, he debuted in the UAAP with a statline of 23 points, eight rebounds, four assists, and two steals. Then the 6-foot-3 forward chipped in 17 markers and 10 boards in his second outing this year.

Last Seasib 81, the Red Warriors finished a dismal campaign at eighth place with only one win. While few things are encouraging in UE’s first two assignments, Suerte remains positive.

Inevitably, Suerte’s performances for the Red Warriors in the past two games have caught the eye of other schools, who must now mark him down as one of the players to stop in the Red & White. One possible downside of his work is that his teammates might look at him to score rather than chipping in their own numbers.

READ  Kobe Paras on UP: ‘I’m not here to chase any ghost’

UE coach Lawrence Chongson said, “Basically, it’s about the other guys stepping up as well. Basketball is a five-man game. (Alex) Diakhite and Suerte got their numbers, but then we need help. Yung mga kalaban namin, they got contributions from everybody.”

Ultimately, the Red Warriors need Suerte to be at his best if they finally want to see the light at the end of the tunnel. For the three-time collegiate champion, though, he believes that the UE and the rest of the UAAP community are yet to see what he can really do.