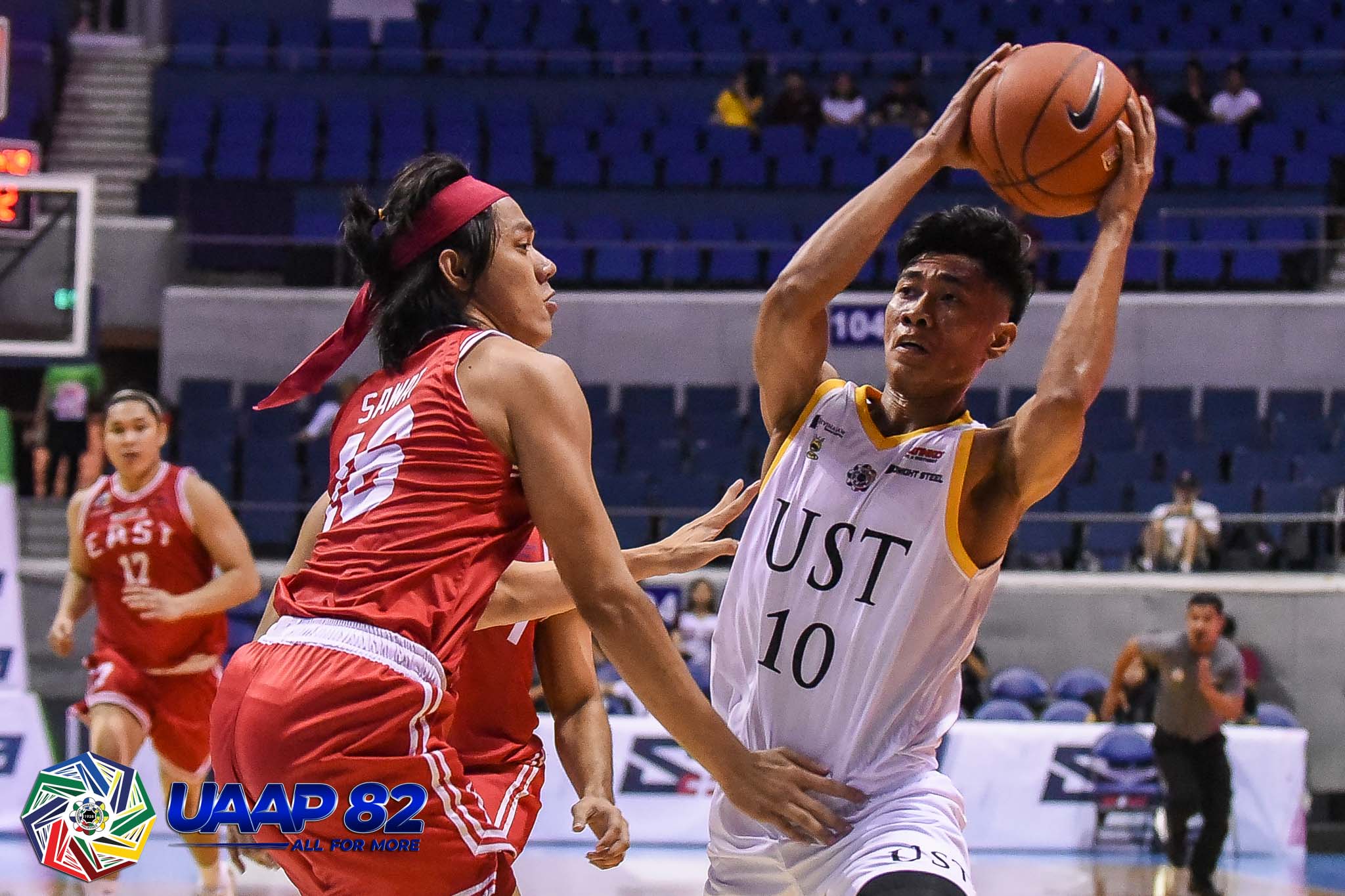 The native of La Union – who transferred from Philippine College of Science and Technology –  immediately made his presence felt for the Growling Tigers. He shot 5-of-15 from outside, on top of his four rebounds, three assists, and two steals.

Beninese high-flyer Soulemane Chabi Yo also impressed in his UST debut with his double-double outing of 19 points, 12 rebounds, and one block. Meanwhile, Brent Paraiso and Sherwin Concepcion combined for 20 points.

It was an impressive first game for the Growling Tigers, as they rolled out their newfound desire to light it up from distance. They 14-of-49 from outside for a lead as high as 23 in the payoff period.

Still, the Red Warriors refused to go down without a fight. They sliced the lead down to 10, 90-80, with 1:50 remaining courtesy of a Harvey Pagsanjan and-one play.

Mark Nonoy then ended that rally and his own struggles. He buried a trey for his first bucket in 12 tries to give UST a 93-80 advantage with 1:33 left.

CJ Cansino also marked his triumphant return from a left ACL injury with his statline of nine points, eight rebounds, five assists, and one block.

Alex Diakhite lived up to the hype with his 20-point, 21-rebound, and twp-block line in the defeat for UE.

UST next play in three days against fellow new-look team University of the Philippines Fighting Maroons on Saturday, September 7. Meanwhile, UE face the Far Eastern University Tamaraws the next day. Both games will be at the SMART Araneta Coliseum.