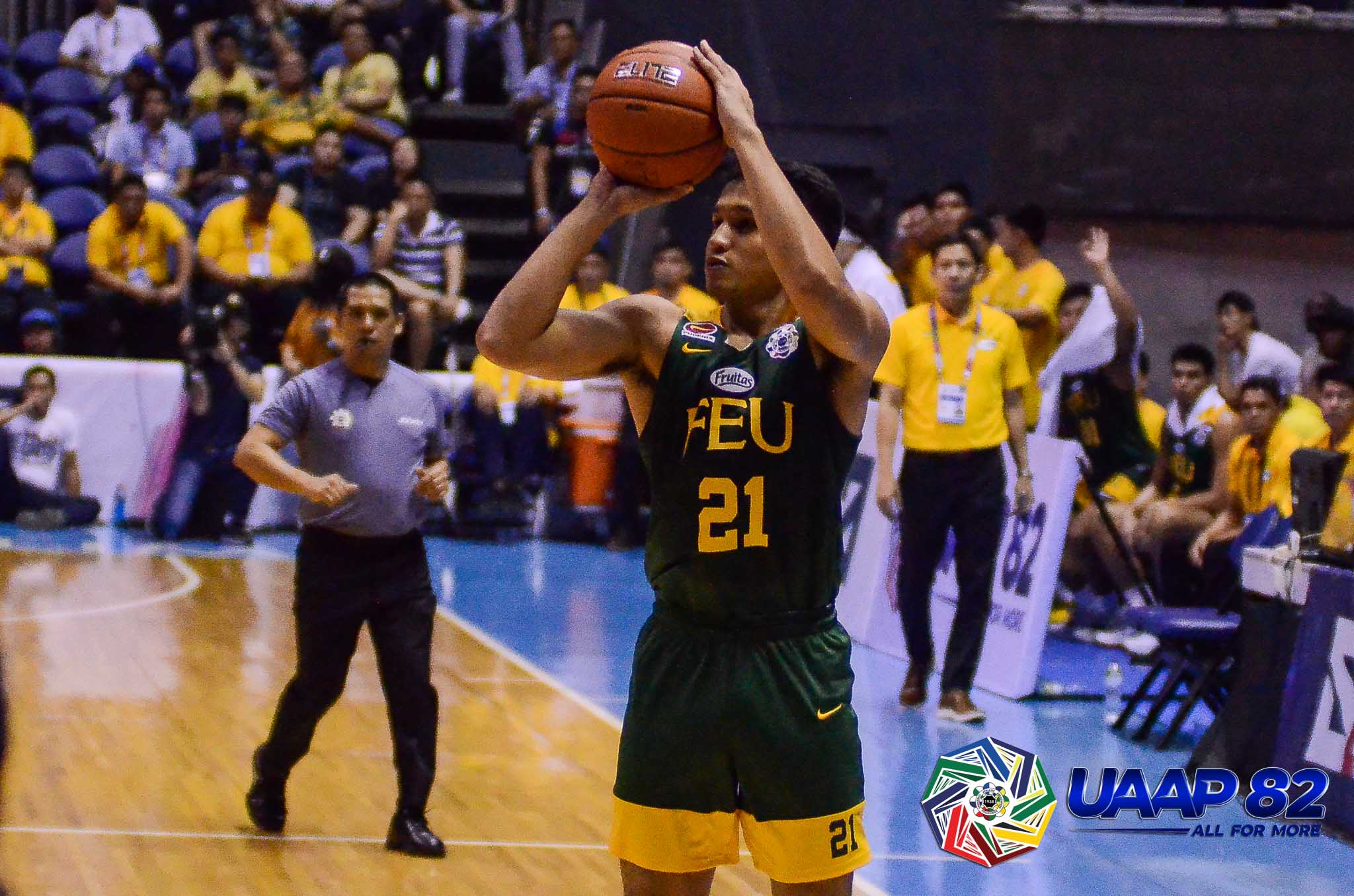 Comboy and L-Jay Gonzales had career outings for the Tamaraws to help their side in the bounce-back win.

“Tradition naman sa FEU yun, na guard-heavy kami. We rely on our guards and this season is no different,” coach Olsen Racela. “Difference lang siguro, we have young guards.”

The senior Comboy shot 6-of-9 from downtown to lead FEU with 24 points, while also grabbing three rebounds and two assists.

Gonzales, on the other hand, showed that there’s no such thing as a sophomore slump. He churned out an all-around performance in the tune of his 14 points, eight boards, eight assists, and three steals.

Their brilliance allowed the Tamaraws to break away from a close 58-53 affair early in the fourth quarter. They scored 10 unanswered points to tighten their grip in the game, 68-53, with 8:23 left, and never looked back.

FEU finally heaved that sigh of relief after losing to UP, 61-55, in their opener.

UE suffered their second straight defeat to remain winless at 0-2.

Senegalese center Alex Diakhite carried the Red Warriors with 21 points, 19 coming in the second half. He also had 15 rebounds and four blocks.

Rey Suerte contributed a double-double of 17 points and 10 rebounds.

FEU have almost a week off before they face defending champions Ateneo de Manila University Blue Eagles on Saturday, September 14, 4:00pm at the MOA Arena. Meanwhile, UE play again on Wednesday against the Adamson University Soaring Falcons, still at the Smart Araneta Coliseum.