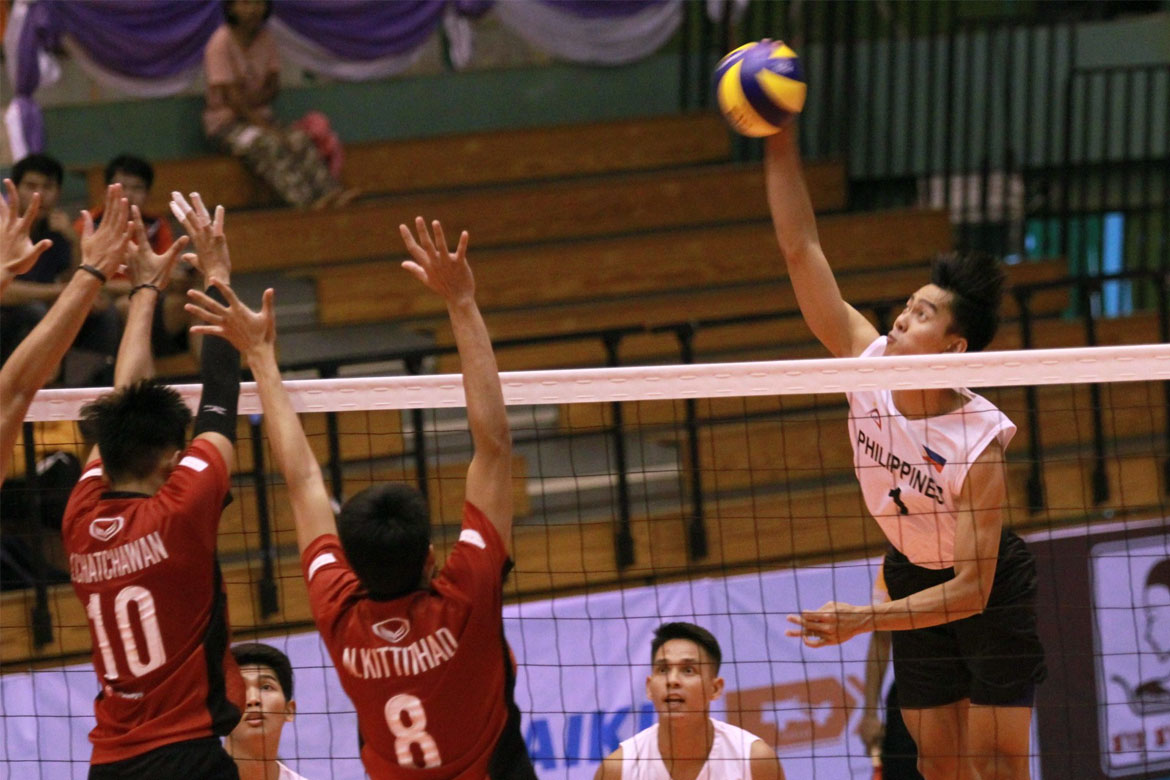 Rebisco-Philippines was able to buck off their slow start as they handed the Fine Chef Phitsanulok a four-set thrashing, 17-25, 25-12, 25-22, 25-20, to keep their semifinals hope alive in the 2019 Thailand Open Sealect Tuna Volleyball Championships, Saturday at the Wee Sommay Gymnasium in Thailand.

With the win, Rebisco finished the preliminary round with a 1-1 record. Royal Thai Air Force must win their match against Fine Chef on July 7 to assure the Nationals a seat in the semifinals.

After splitting the first two sets with Fine Chef, Marck Espejo provided Rebisco a much-needed boost, uncorking two consecutive points which turned into a 4-0 blast. This spurt led to a 21-18 advantage late in the third stanza.

Kittithad Nuwaddee and Thawatchai Meekan committed attack errors to send the Nationals at match point. Bagunas dropped the hammer from the left wing, putting the Filipinos ahead.

Bagunas had a team-high 22 points, built on 18 attacks, two aces, and two blocks.

Entering the second technical timeout of the fourth set, the Philippines already had a seven-point lead, 16-9. Both teams then exchanged points until Fine Chef took advantage of Rebisco’s lousy attacks, igniting a 6-1 run to cut the deficit within four, 20-24.

However, Nuwaddee’s service fell short which sealed the deal for the Filipinos.

Espejo and Kim Malabunga chipped in 15 and 11 markers, respectively.

On the other hand, Nuwaddee unleashed 26 points for Phitsanulok.

The top two teams from each bracket will advance to the semifinals on July 8, Monday.