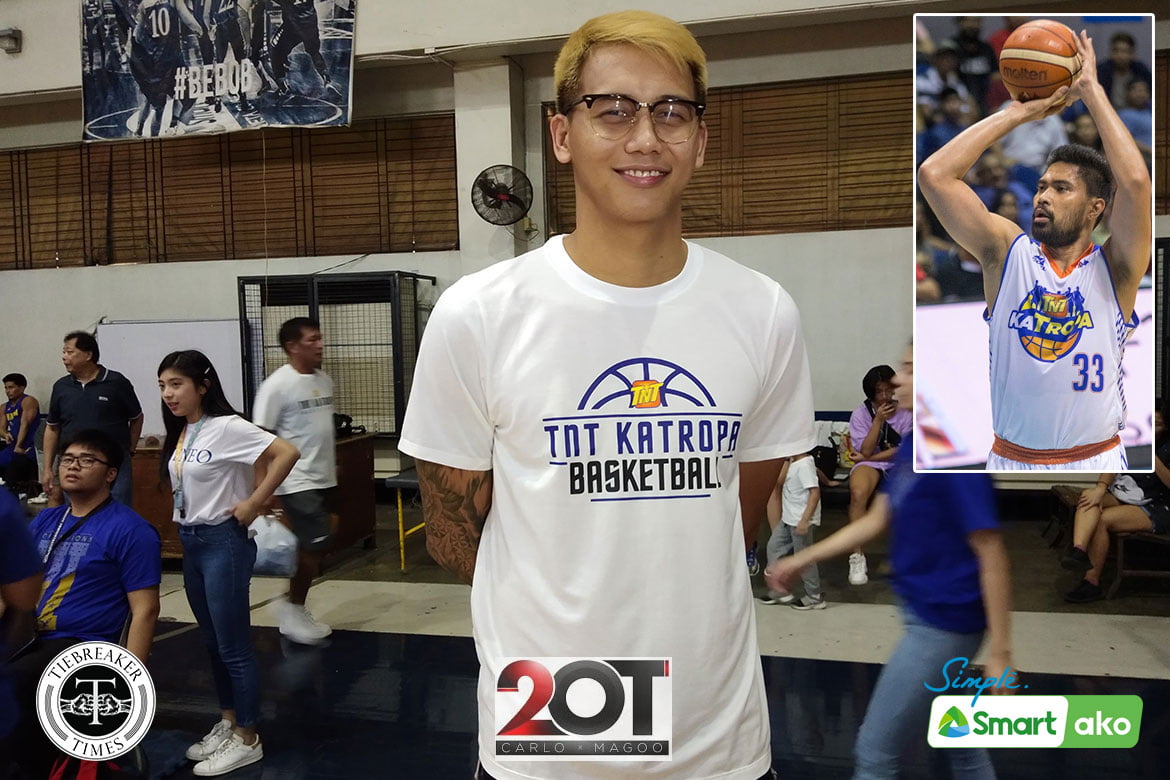 Poy Erram looks forward to working with Ranidel De Ocampo anew, as the recently-retired cager has returned to TNT as an assistant coach.

The 31-year-old told 2OT, presented by SMART, that he immediately messaged the decorated forward upon learning the news of his appointment.

And Erram feels thrilled about the reunion between him and De Ocampo, who helped the Texters win six championships.

He got a chance to work with the Gilas great when he was still a practice player for TNT, which took him in the second round of the 2013 PBA Draft.

And at that time, Erram — who spent 10 months as a practice player with TNT — already believed that he would see De Ocampo become a coach someday.

Erram learned plenty from De Ocampo, who’s regarded by his peers as the one who revolutionized the stretch four spot in the PBA.

And the lessons he picked up will surely benefit the flagship MVP franchise, which is raring to return to its glory days.

The Texters last won a PBA title in 2015, back when De Ocampo was still there and Jong Uichico was the one manning the sidelines.

In fact, it was De Ocampo who won Finals MVP honors in that series that saw TNT outlast Rain or Shine in seven games for Commissioner’s Cup supremacy.

But what response did Erram receive from De Ocampo?

However, Erram reiterated that he does not see himself as the missing piece for this TNT team, which has lacked a legit big man.

“I’m not considering myself as the missing piece kasi TNT as a team itself malakas na,” the Cagayan De Oro-native said.