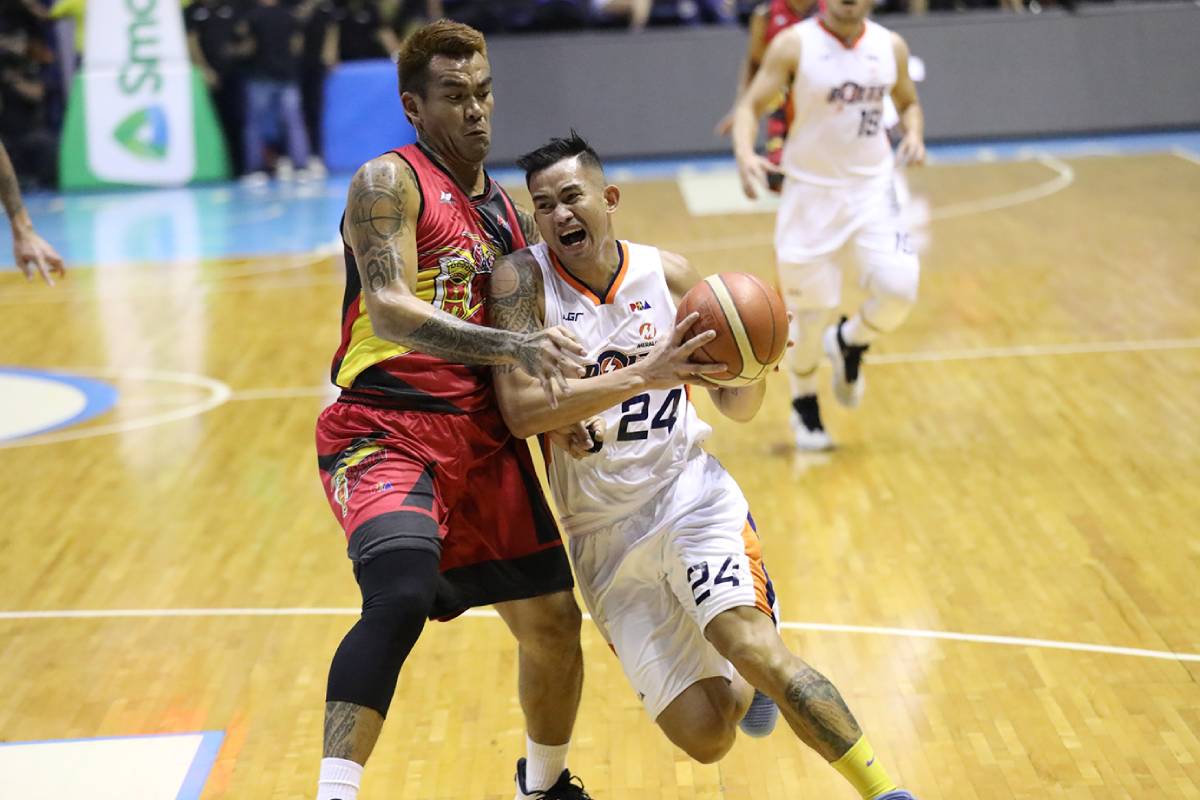 Raymar Jose did foul out, but not before inflicting damage to help Meralco even its 2022 PBA Philippine Cup semis tussle with San Miguel, Friday.

The 6-foot-4 bruiser left with 13 points, 10 of which he scored in the final period alone as he provided the much-needed offensive jolt after the Bolts lost hold of a big lead early and engaged in a nip-and-tuck affair against the Beermen.

He scored seven of his fourth quarter points in successive fashion, powering a 9-3 run to open the said frame that gave them an 85-76 lead.

The MVP Group-owned ball club stayed ahead and went on to take the 99-88 victory to tie the best-of-seven series at one game apiece.

Jose felt glad to have contributed but said that his fine offensive outing was a mere bonus since he and the Meralco frontline are all locked in on trying to make life difficult for Beermen main man June Mar Fajardo,

Fajardo still finished with 22 points and 17 rebounds to lead SMB and, in fact, sent two Bolts out due to foul trouble — Jose and Kyle Pascual. Veteran Raymond Almazan and Cliff Hodge, meanwhile, had five apiece.

Jose may not have had the finish he wanted, but his performance was nonetheless worthy of praise from the returning Norman Black.

After all, it was only the former third overall pick’s second double-digit scoring output this conference. Yes, just the second.

The first one, you may wonder, was actually in Game One of the semis last Wednesday, where he had 12 points and six rebounds in the 97-121 loss.

The champion mentor couldn’t be any prouder to see his investment in Jose early in the conference pay dividends at this juncture.

“Toto has been really big for us,” said Black, who got Jose in a trade back in October of 2019. “I invested in playing him at the beginning of the conference and it’s really paying off right now because he has a lot of confidence.

“He’s an energizer bunny. He’s out there all the time moving and he’s very active on the floor, doesn’t back down to anybody. He helps us a great deal defensively but today he gave us a lift on the offensive end.”