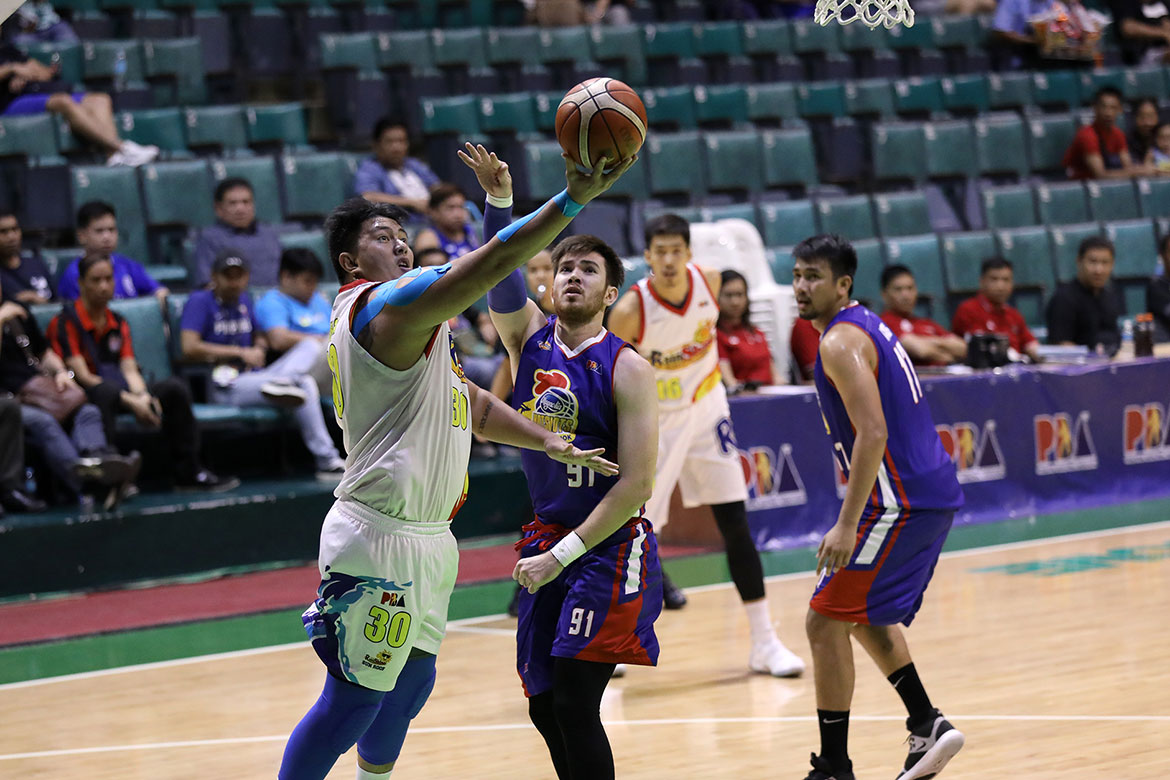 Everyone in the Rain or Shine Elasto Painters camp was on a high when they managed to build a favorable 2-0 lead over the favored Magnolia Hotshots in their 2019 PBA Philippine Cup best-of-seven semifinal series.

Now, suddenly, the Elasto Painters are now at the brink of elimination.

The second-seeded team of this conference have lost their lead in the series. They fell to 2-3 following their stinging 74-82 loss in Game Five, Wednesday night at the Cuneta Astrodome in Pasay City.

The Elasto Painters still made it a hard night for the Hotshots, as they prevented Magnolia from maintaining huge leads. They even held Paul Lee scoreless, but Rafi Reavis and Magnolia’s wits down the stretch came into play.

For Beau Belga, the gap in terms of experience has been getting exposed.

“Experience. Mas experienced yung mga taga-Magnolia when it comes to this kind of atmosphere – siyempre, playoffs,” said the 11-year veteran.

“Most of our guys are bagito, so it’s their experience when it comes to this [that has been lacking].”

In their first two wins, the Elasto Painters’ youth brigade pf Rey Nambatac, Ed Daquioag, and Javee Mocon were the ones dealing most of the damage. They took turns confusing the Hotshots, who couldn’t decide who to lock down.

Now, however, Magnolia have won three straight games, and have seemingly figured out Rain or Shine’s young guns. Moreover, the veteran presence provided by Lee, Ian Sangalang, and Mark Barroca has played a big factor.

Game Six is on Friday, and Magnolia will be keen on finishing the series to book a return trip to the Finals. Belga knows what is at stake, so he hopes that the Elasto Painters – especially the younger ones – will give it their all.