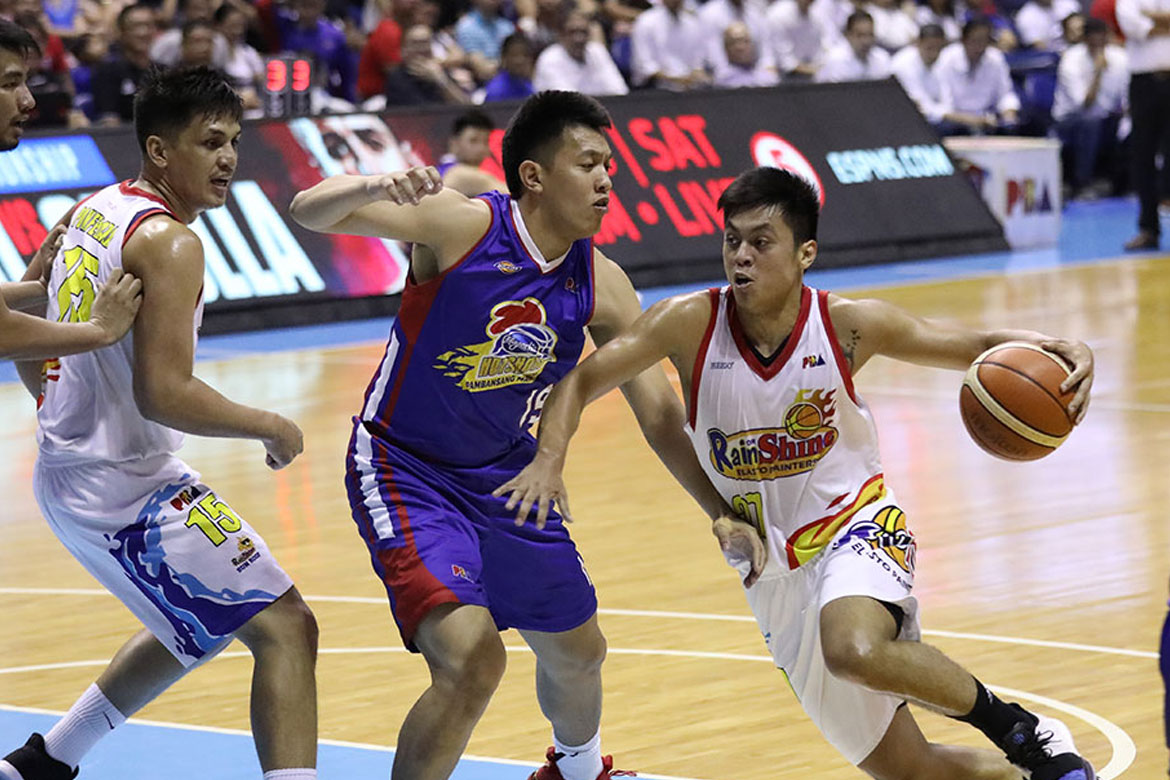 It was unfortunate that Maverick Ahanmisi got hurt only a few minutes into Game One of his Rain or Shine Elasto Painters’ 2019 PBA Philippine Cup semifinal series versus the Magnolia Hotshots, Friday night.

The versatile 6-foot-2 combo guard injured his right ankle with 8:30 remaining in the opening frame, when Magnolia’s Rome Dela Rosa inadvertently landed on his leg when they both went after a loose ball.

Ahanmisi managed to return early in the second quarter, but he got subbed out shortly after and never made his way back into the match. He played for just six minutes, and exited the game with two rebounds and one assist.

“Obviously I wanted to help the team in any way.”

But after that, the Elasto Painters’ young guns – particularly sophomore guard Rey Nambatac – stepped up to the plate in lieu of Ahanmisi. And it showed in the game, much to the benefit of the whole Rain or Shine.

With their team behind after a 10-0 start, Nambatac led the young bloods’ third quarter assault, where they climbed back from an eight-point deficit by unloading a 15-1 run en route to a 54-48 lead with less than five minutes remaining.

Rain or Shine then never looked back and went on to win, 84-77, to draw first blood in the race-to-four series.

“I need to step up kasi si Mav, na-injured nga at ‘di na siya nakabalik sa game,” said Nambatac, who finished with seven points – which he all scored in the third – along with seven rebounds and four assists in nearly 27 minutes.

With the former Letran Knights standout – and of course, his peers Javee Mocon and Ed Daquioag also – having the courage to take his spot and deliver solidly, the four-year pro Ahanmisi couldn’t be prouder with them.

“Rey came up big,” said Ahanmisi, who said that he will try his best to suit up in Game Two on Sunday, April 14, still at SMART Araneta Coliseum. “It’s not about me really. It’s about the guys who stepped up tonight.

Now, Nambatac is preparing for Game Two, where he expects the Hotshots defense to get tougher on him.