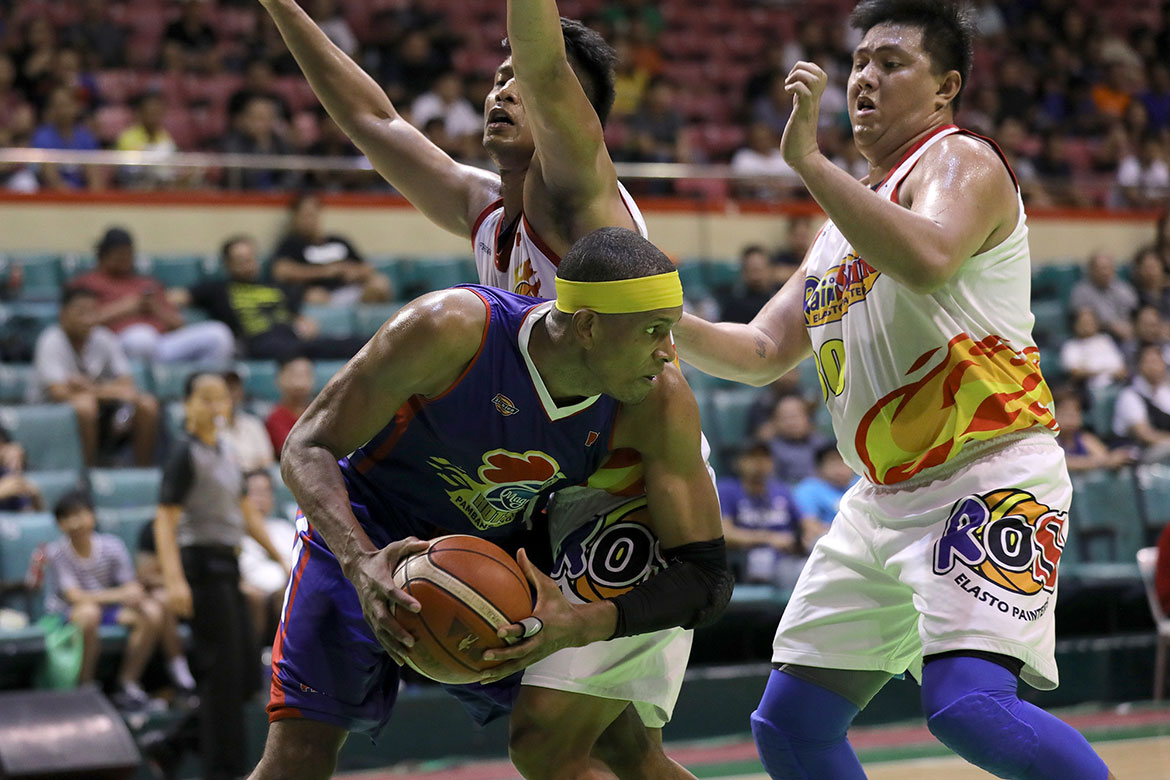 Rafi Reavis came up big in the end to help the Magnolia Hotshots repel the Rain or Shine Elasto Painters, 82-749 in Game Five of their 2019 PBA Philippine Cup semifinal series, Wednesday night at Cuneta Astrodome in Pasay City.

Reavis was a point short of a double-double as he finished with nine points and 12 rebounds in the victory that gave Magnolia a 3-2 lead in the best-of-seven series, meaning that they’re just a win away from returning to the Finals.

The 41-year-old made a big three-point play with 1:36 remaining to widen the Hotshots’ lead to seven, and then banked a lay-up with 38.8 seconds left to play as a response to Ed Daquioag’s triple to shut the door close for the Elasto Painters.

“We’re so aggressive. The energy was there. Everything na kailangan to win this game pinakita ng players,” said coach Chito Victolero. “Kailangan lang namin, ‘wag mag-relax. This is not yet over. We need four wins to win the series.”

Mark Barroca and Jio Jalalon were in the forefront of the Hotshots’ attack with 14 points apiece on a combined 12-of-24 shooting from the field. Their outings greatly compensated for Paul Lee’s rare scoreless performance.

Lee shot 0-for-8 from the field and only had four rebounds and an assist. This is the first time this conference that he laid a big fat egg.

Gabe Norwood led Rain or Shine with 15 points and five rebounds. James Yap had 12 points on 3-of-10 shooting — 2-of-9 from beyond the arc — from the field along with three boards and two assists, as Mark Borboran chimed in 11 markers.

Game Six will be on Friday, April 26, at Ynares Center in Antipolo City.

Bond between NU Bulldogs got stronger because of skid, says Dave Ildefonso