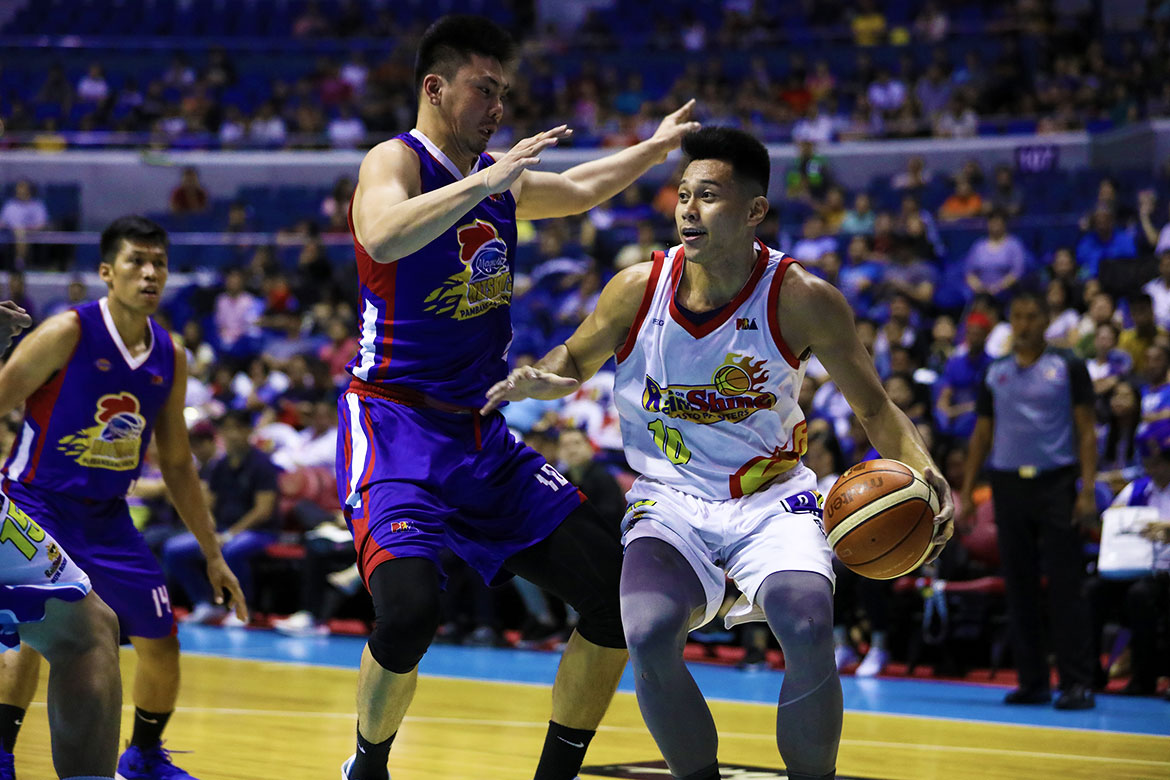 It may have been his first-ever semifinal game in the pro ranks, but Javee Mocon showed no rookie jitters.

The San Beda product put up 15 points and 10 rebounds to lead the Rain or Shine Elasto Painters past the Magnolia Hotshots, 84-77, to take Game One of their 2019 PBA Philippine Cup best-of-seven semis series on Friday night.

Mocon was part of the young Elasto Painters’ group that stormed back in the third quarter. Rain or Shine turned an eight-point deficit to a 54-48 lead with 4:30 on the clock, which they hung on to for the victory.

But as impressive as he’d been, Mocon downplayed his performance, saying that he still has much work to do.

Mocon also gave credit to RoS head coach Caloy Garcia and the veterans around him for his fine play. He pointed out that they are all vital part to his growth, thanks to the confidence and lessons he’s been showered with.

The 6-foot-4 forward also saw his fair share of the opposing team’s physical play, but he remained unflappable. For Mocon, having played in the country’s Grand Old League means he’s used to ruggedness.

“Wala naman yun, physicality is all part of the game.”

Paul Lee on Rain or Shine’s young guns: ‘We did not respect some of their guys’