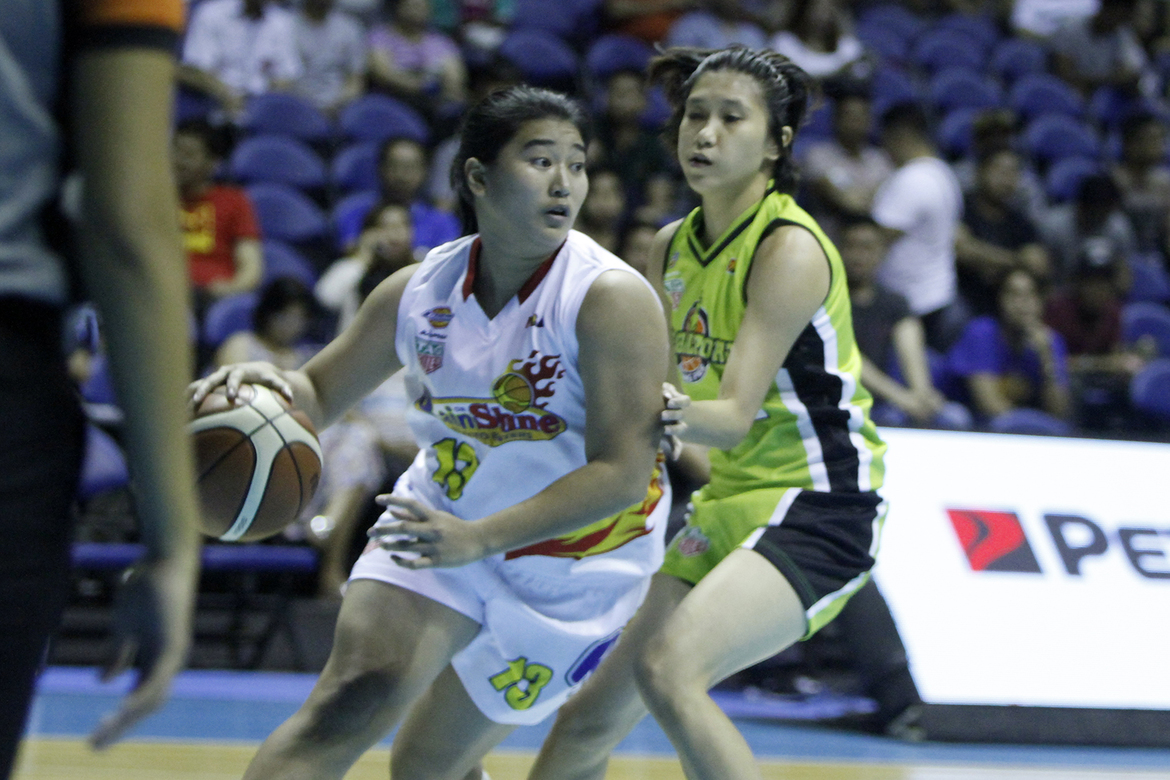 Rain or Shine and TNT moved closer to bagging spots to the semi-finals of the PBA-Tag Heuer 3-on-3 Women’s Basketball Tournament after picking separate wins Friday night at the Smart-Araneta Coliseum.

The Elasto Painters defeated Globalport, 13-8 to finish the elimination round with a 4-1 record in Group B.

Ara Abaca led the early charge for Rain or Shine, scoring three straight as the team went on a 6-1 lead. Jasmine Tiu-Malto broke the spell with a two for the Batang Pier, while Julie Pearl Gula scored back to back to pull the team within 10-8.

But Abaca scored two more while Nicole Garcia added another field goal as Rain or Shine closed out strong.

Globalport dropped to 1-2, bowing out of contention for the next round.

In the first game, Tropang TNT edged Meralco, 10-7 to likewise improve its chances of making it to the semi-finals. TNT improved to 3-1 in Group B, tied in second place with Blackwater. Only two teams per group will advance to the Last Four.

Sarah Mercado scored an and-one under the final minute to break a 7-all deadlock and give the Tropa a 9-7 lead. Karen Salapong added a basket even as the Bolts struggled to convert in the end.

TNT led by three earlier in the game, 7-4 before Kathy Binamira and Jaira Baarde combined for three straight points to knot the count.

However, that was when Mercado made the most important basket of the match.