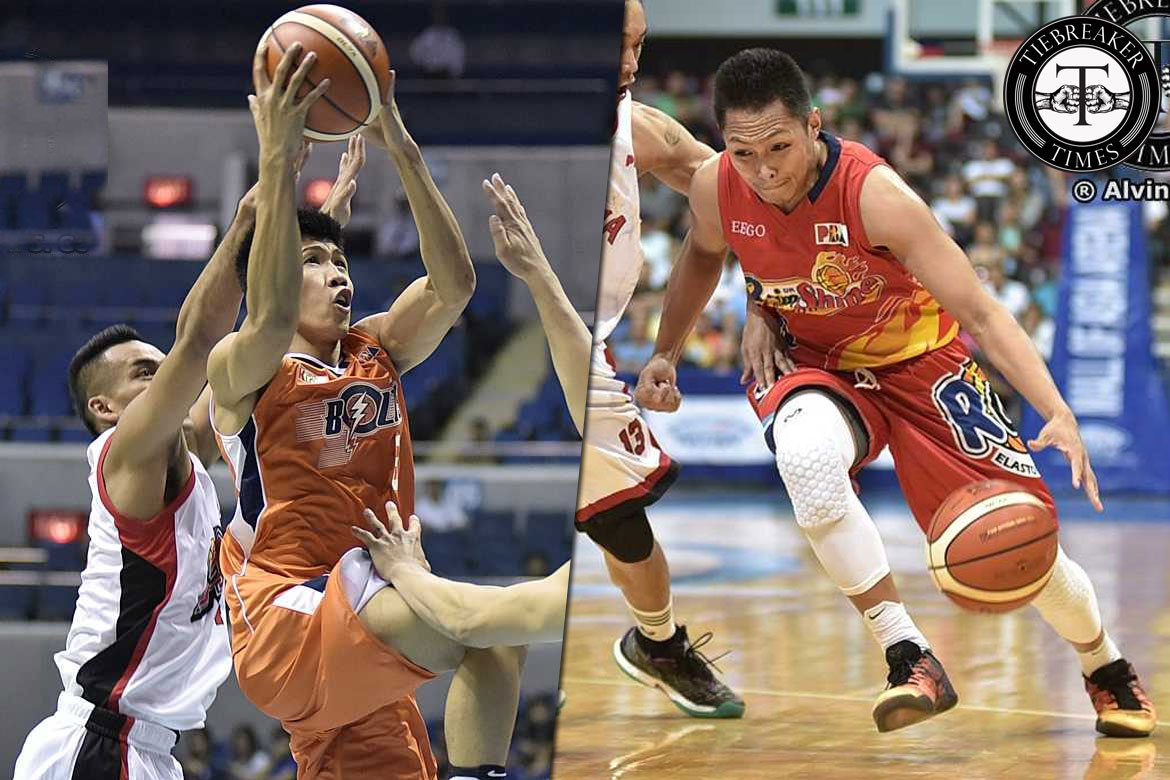 The Rain or Shine Elasto Painters continue to make moves this 2017 Governor’s Cup, this time trading rookie Mike Tolomia to the Meralco Bolts in exchange for fellow newbie Ed Daquioag, as confirmed by the league on Monday afternoon.

This marks the second transaction that Rain or Shine have made today, with the first one involving long-time Elasto Painter Jeff Cha,  as he was dealt to the Phoenix Fuel Masters earlier for Mark Borboran and a 2020 second-round draft pick.

This will also be the second time that Gilas Cadets were traded by their mother teams. The first one took place last July 10, when San Miguel Beermen traded Arnold Van Opstal to Globalport Batang Pier for Von Pessumal.

Both rookies were often seen riding the bench of their respective teams in their first two conferences. Tolomia and Daquioag took a leave of absence from the pro league last July, as they suited up for Gilas Pilipinas in the 38th Jones Cup.

The former teammates on the Phoenix Accelerators will miss some PBA games once more late this August, as they will fly to Kuala Lumpur, Malaysia with Gilas for the 2017 Southeast Asian Games.