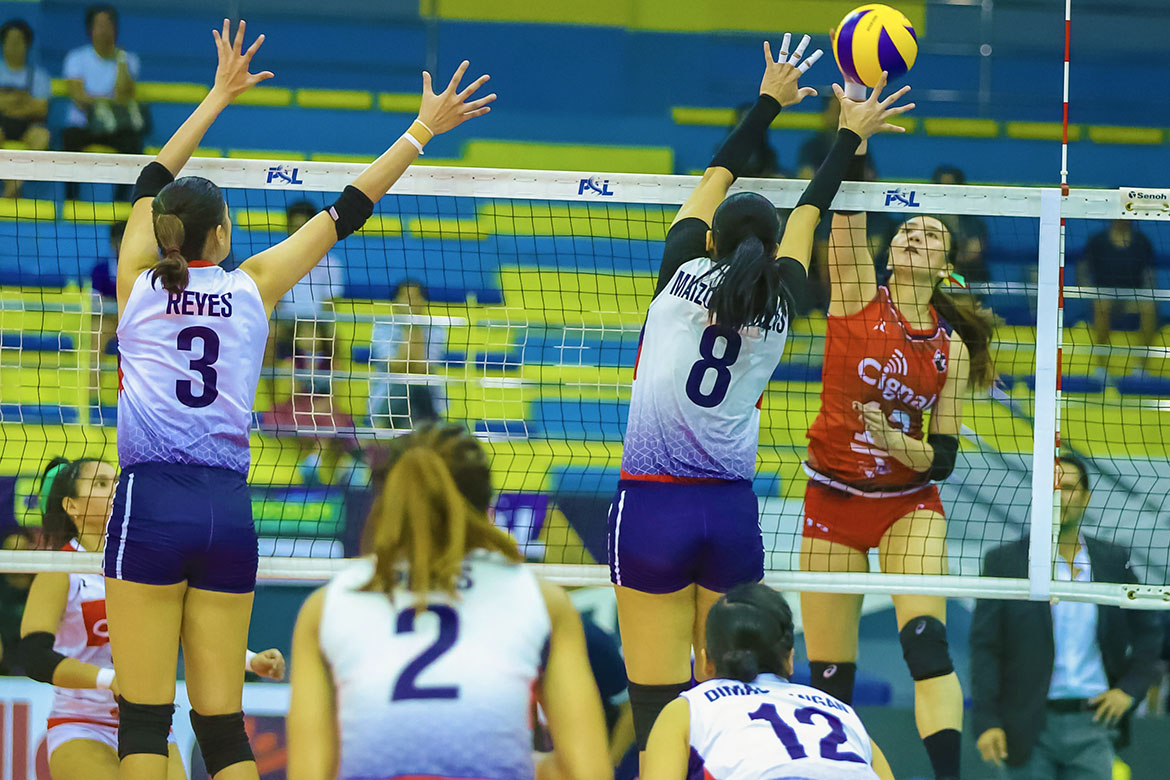 Cignal had fallen behind the Petron Blaze Spikers by six points late in the fourth set of their 2019 PSL All-Filipino semifinals clash on Tuesday.

It was a moment of panic for the HD Spikers, since the defending champions needed only four more points to boot Cignal out of championship contention.

Though in deep waters, Cignal skipper Rachel Anne Daquis kept the faith and so did her teammates.

Finding their strength, the HD Spikers willed a spirited comeback and forged a deuce. Daquis then delivered the crucial blows that brought the match to a decider. They went on to seize command in the final frame and live to fight another day.

Moments after their come-from-behind victory, the product of Far Eastern University still couldn’t wrap her mind around what had happened. It was something of a miracle, she said.

Divine intervention aside, though, the native of Taytay, Rizal knew that their Game One win was simply a culmination of all of their hard work.

With the semifinals series now back to square one, Daquis said that they will set all of their attention to the do-or-die Game Two on Thursday.

“For us, back to zero siya. Kalimutan mo na ‘yung nangyari noong [preliminaries and quarterfinals] at itong game na ito,” she expressed.