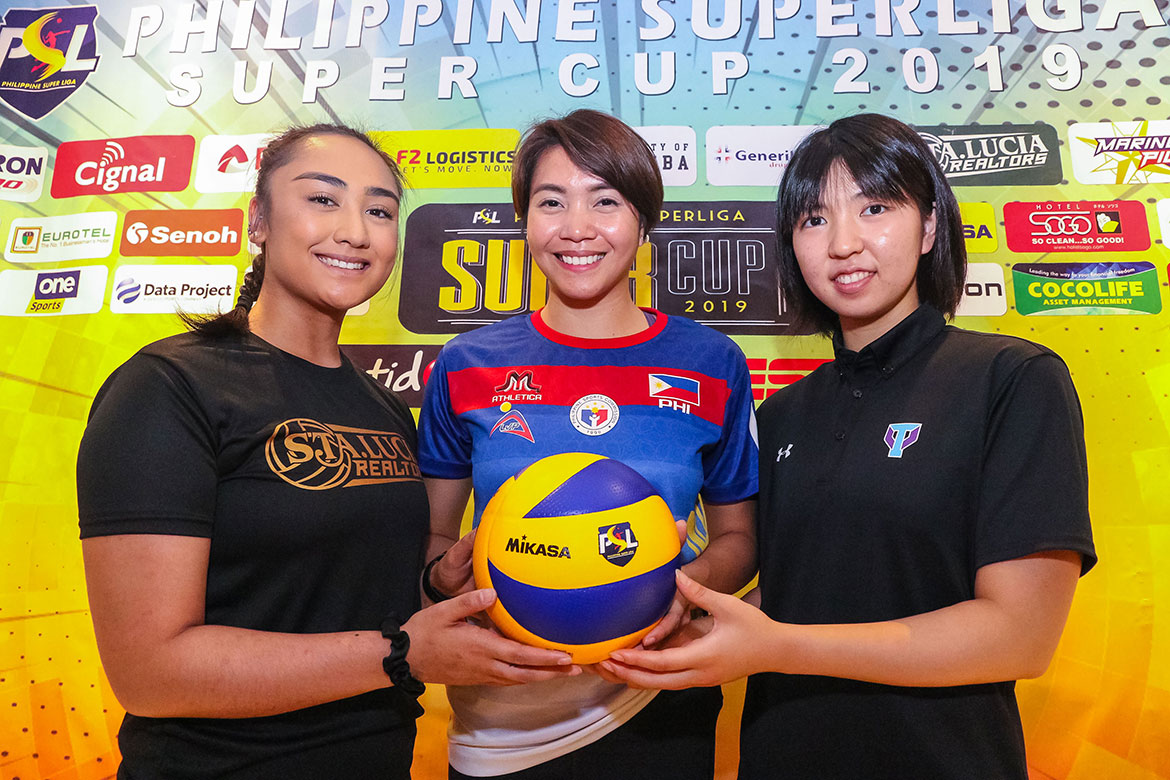 It will be a war of three squads to test the mettle of the National Women’s Volleyball Team in the Philippine Superliga Super Cup starting today at the Filoil Flying V Centre in San Juan.

Fresh from a 12-day training camp in Japan, the Nationals clash with PSL Shine at 5 p.m., right before the collision between University of Tsukuba and PSL Sparkle in the 7 p.m. featured attraction of this pocket tournament that aims to prepare the Philippine Team for the 30th Southeast Asian Games.

There will be a simple opening ceremony set at 3 p.m. No less than PSL chairman Philip Ella Juico and Larong Volleyball sa Pilipinas, Inc. vice president Peter Cayco are tipped to deliver inspiring messages to the Nationals.

In a press conference yesterday, PSL president Ian Laurel reiterated the league’s all-out support to the national squad that is aiming for a podium finish in the prestigious biennial meet set this December at the Philsports Arena.

The last time the national women’s squad emerged with a podium finish in the SEA Games was when the country hosted in 2005. Since then, the team has skipped the biennial meet for 10 consecutive years before falling short of a medal in the 2015 and 2017 meets in Singapore and Kuala Lumpur, respectively.

Laurel said they are leaving no stone unturned in preparing the squad.

“This event was organized primarily to help the national team prepare for the upcoming Southeast Asian Games,” said Laurel during the general technical meeting and press briefing of this event that has Summit Hotel as official residence and Foton as official vehicle in cooperation with Petron, F2 Logistics, Generika-Ayala, Cignal, Sta. Lucia, Marinerang Pilipina and PLDT Home Fibr.

“We know that the SEA Games is not a picnic. That’s why we’re extending whatever help we can to the LVPI to make sure that its goal of emerging with a medal will be achieved.”

National team head coach Shaq Delos Santos said the pocket tourney will be a big boost to their preparations, as they can apply all the lessons they gained from their 12-day camp in Japan.

But winning in this competitive pocket tourney will never be easy.

Generika-Ayala assistant coach Carl Dimaculangan will be calling the shots.

“Magandang exposure ito para sa mga players,” said Dimaculangan, one of the country’s best young coaches who also calls the shots for University of the East.

Also tipped to steal the thunder is University of Tsukuba, the reigning champion in the All-Japan Intercollegiate League.

“I don’t know much about Filipino volleyball, but I’m looking forward to playing against these teams.”