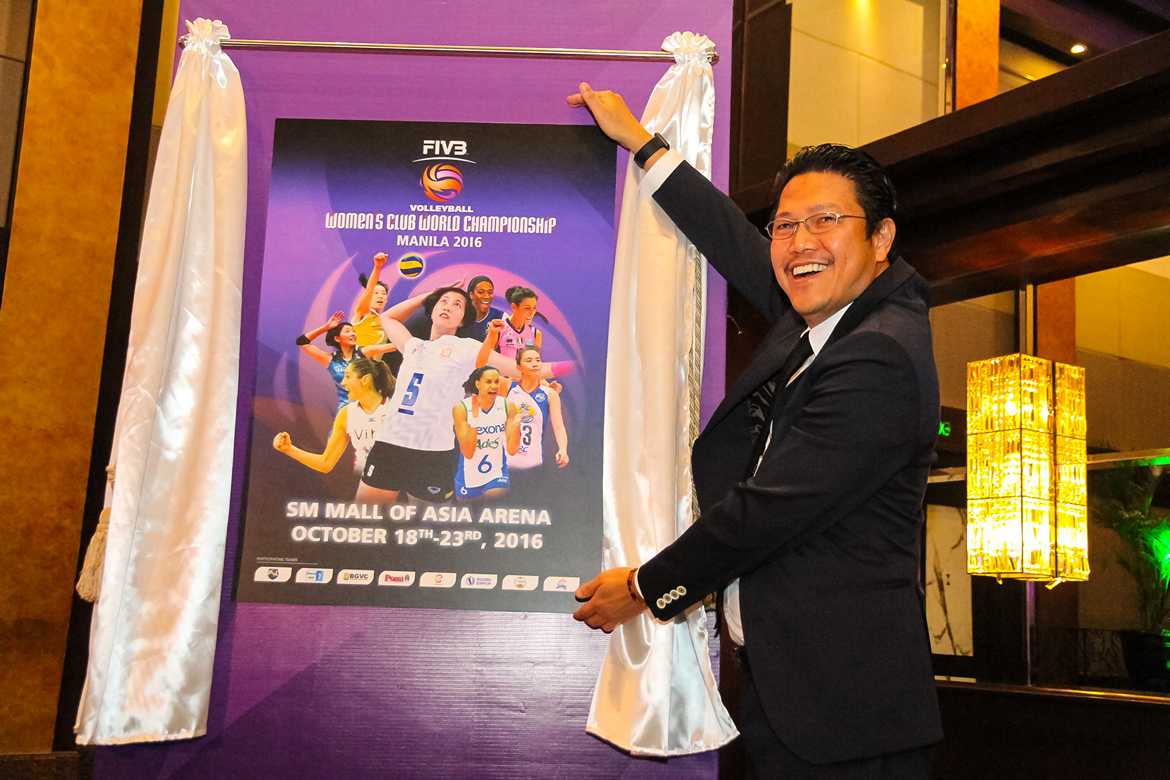 Talent, height, heart, and overflowing potential will be the main weapons of the Magnificent 7, the PSL-select team that will play in the FIVB Women’s Club World Championship at the SM Mall of Asia Arena in Pasay City from October 18 to 23.

Philippine Superliga president Ramon Suzara said he likes the composition of the team, and expects it to blend seamlessly with the seven foreign players they will recruit for this prestigious tournament, where the world’s best club teams will see action.

After a month of deliberation, the PSL coaches, headed by training and development director Sammy Acaylar of Cignal, named wing spikers Rachel Anne Daquis and Jovelyn Gonzaga of RC Cola-Army and Frances Molina of Petron; middle blockers Mika Reyes of F2 Logistics and Jaja Santiago of Foton; setter Kim Fajardo of F2 Logistics; and libero Jen Reyes of Petron as members of the Magnificent 7.

Daquis, Gonzaga, Molina, and Jen Reyes are veteran international campaigners, having seen action in the Southeast Asian Games and some Asian tournaments. The 6-foot-5 Santiago and 5-foot-11 Mika Reyes were tapped due to their height and their potential to become the country’s cornerstones in future major tournaments.

Fajardo is also a perfect addition, seeing as she is regarded as one of the brightest young setters in the country today. In fact, she reportedly impressed a pair of foreign coaches after leading the De La Salle University to the UAAP title earlier this year.

“These players will be our future,” said Suzara, a ranking executive of the Asian Volleyball Confederation and the International Volleyball Federation.

“They are young, tall, and very talented. We expect them to train hard, pick up some valuable lessons from their foreign counterparts and help our national team program in the future.”

Suzara noted that the Magnificent 7 had been culled from a pool of 27 players nominated by eight PSL coaches. They then underwent a one-day tryout and were assessed based on their talent, skills, and potential.

READ  Ravena regrets veering away from game plan against NU

“Three to five years from now and these players will be the same players who will represent us in the Asian Games in 2018 and the SEA Games in 2019 that will be held here in Manila,” Suzara added.

“So exposing them to a world-class competition is a major boost to their careers. It is the PSL’s humble contribution to the national team program of the LVPI.”

PSL chairman Philip Ella Juico added that more than their physical attributes, it is their character, fighting spirit, and wholesome personality that make them perfect for this kind of competition.

A former chairman of the Philippine Sports Commission and now president of the Philippine Amateur Track and Field Association, Juico reference Mika Reyes as a perfect example of a powerful player, citing that she is a good daughter, a distinguished student-athlete with a degree in Psychology from La Salle, and the league’s new ambassador with massive fans and followers from all walks of life.

Aside from her, Daquis, Gonzaga, Molina, Fajardo, Santiago and Jen Reyes also offer a rags-to-riches story that makes them easy to love and admire.

“More than their performance on the court, it is also important to take note of their image off the court. These girls didn’t become successful overnight,” Juico said. “They all worked hard to get where they are right now.”

“They are here for a reason; to inspire their fans and other young players as well as spread the gospel of hard work, determination and hope through volleyball.”

“Their selection is in line with the league’s mission of bringing out the best in every Filipina. They display what the league has been promoting which is Filipina beauty and power,” he concluded.

Valdez reflects on watching Lady Eagles without her