Filipino athletes still did their share even with local sports at a standstill following the outbreak of COVID-19 cases last year.

Sportsmen who double as enlisted personnel answered the call of duty and served as frontliners to assist the country as it struggles to cope up with the global health pandemic.

In appreciation for their efforts and supreme sacrifice, they will receive special recognition in the San Miguel Corporation-Philippine Sportswriters Association (SMC-PSA) Annual Awards Night on Saturday at the TV5 Media Center.

The special citation is part of the 2020 honor roll who will receive recognition from the country’s oldest media organization headed by President Tito S. Talao, sports editor of Manila Bulletin, in the event presented by San Miguel Corporation (SMC) and backed by the PSC (Philippine Sports Commission) and Cignal TV.

The virtual Awards Night will be aired on March 28 over One Sports+ from 7 p.m. to 8:30 p.m. and has for major backers 1-Pacman Partylist, Chooks-to-Go, and Rain or Shine.

Huelgas, 29, was even given a military merit medal by the Philippine Air Force for his immediate response in helping out Filipinos during the early part of the pandemic.

Pro golfer Yuka Saso will join Huelgas and Co. during the awards rite as the top recipient of the prestigious Athlete of the Year award given out by the country’s sportswriting fraternity.

Philippine Olympic Committee (POC) President Abraham ‘Bambol’ Tolentino meanwhile, is the recipient of the President’s Award, even as PBA Commissioner Willie Marcial will be bestowed with the Executive of the Year honor.

Citations will also be given to 20 personalities and entities as well as the ‘Manok ng Bayan’ award for boxing legend Manny Pacquiao. 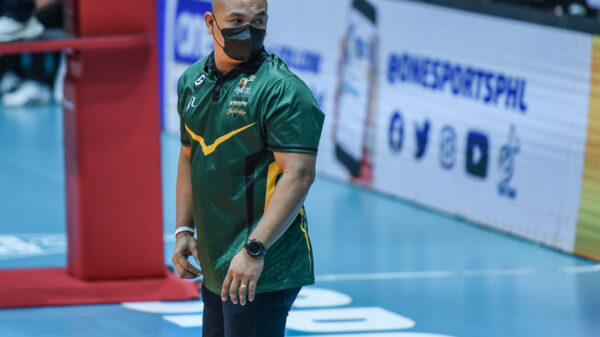