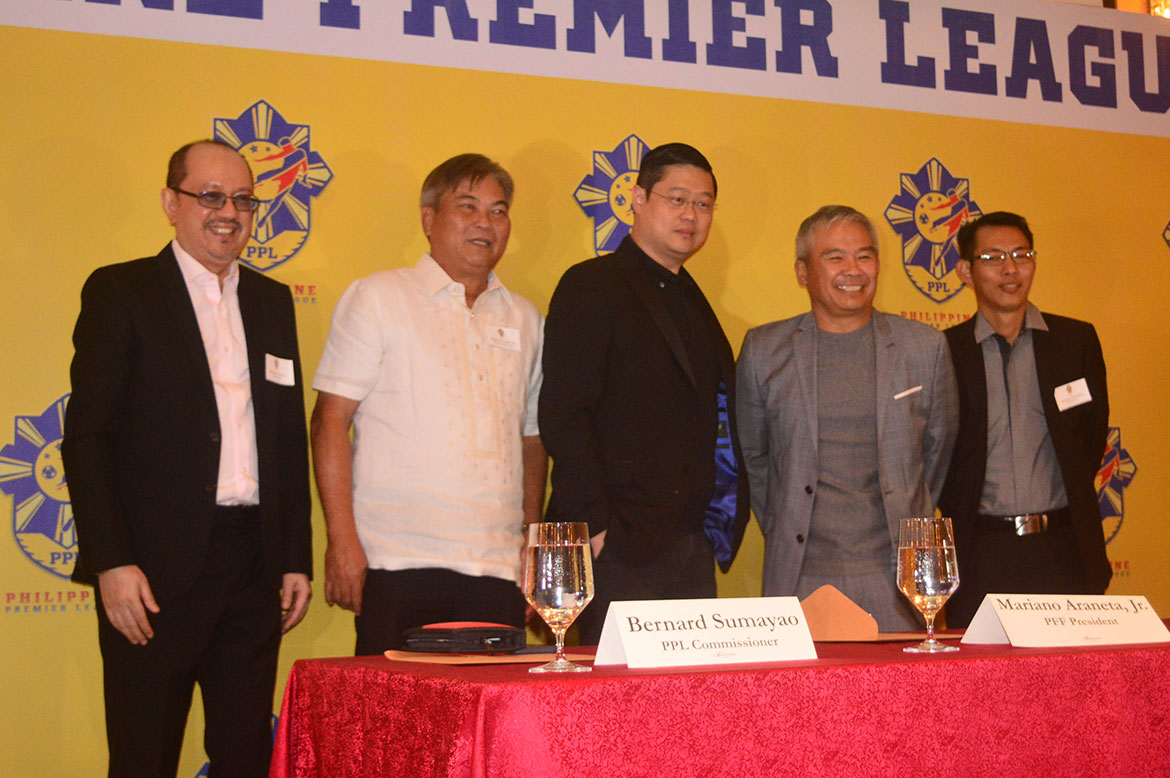 Football in the Philippines is about to take its next big step in the form of the Philippine Premier League (PPL), set to begin in late March.

At the press conference held at the Fairmont Hotel in Makati, PPL Commissioner Bernie Sumayao detailed his objectives for revitalizing the state of the domestic league.

“There’s so much more room to grow if the fundamentals were right,” the experienced football businessman said, underlining his intentions to help grow the sport in the country.

The PPL began by tackling problems surrounding the stability of clubs.

In the past, clubs like Meralco-Manila and Ilocos United withdrew from the league. Other known clubs back in the United Football League (UFL) days decided not to even join the PFL due to its costly nature.

To encourage more clubs, the PPL limited its participation fee – said to be about 10-percent of the franchise fee that the PFL had demanded previously. This, alongside generating revenue primarily through corporate sponsorship, is expected to make the league more sustainable.

Another problem the PFL faced last year was the lack of media presence. Without any broadcast deal in place, fans found it difficult to follow the league.

This time, the PPL addressed it by tying up with ESPN5+. The network has allocated at least one spot – a primetime 7:00pm game on Saturdays – for the PPL coverage.

By addressing these issues, the new management is confident it can achieve its goals – one of the biggest of which is putting the league on a similar level as those around the region.

To put things in context, leagues in Thailand, Malaysia, Vietnam, and Indonesia are well-established with more than 20 clubs participating in various levels.

In its inaugural season, the PPL will be similar to the defunct Philippine Football League (PFL), having eight participating teams. Sumayao then suggested plans for expansion by aiming to have full-fledged first and second divisions.

It is reported that 11 football clubs have expressed interest in partaking in the 2019 season, with eight teams set to participate.

According to PPL Tournament Director Ritchie Gannaban, the chosen teams would play three legs, with each played entirely in one area. They identified Bacolod, Iloiilo, Cebu, and Metro Manila as potential sites.

Regarding the participating clubs, the league will confirm all competitors next month.

Unlike any other tournament, the PPL looks to offer much more to the fans, as it intends to merge football with other groups such as those in the music scene. Sumayao is targeting key players in the industry who can attract sizable interest in both sport and music.

While it would be new to Filipinos, he has seen how it worked back in his time in Thailand.

“If you look at the demographics of football, most of them who attend the games are young people.

“That’s perfect for music as well. It brings in new fans that we can convert into football,” the PFL Commissioner shared.

All of this looks like plenty of work, and Sumayao has acknowledged the challenges that lie ahead. But at the end of the day, it all boils down to his passion and commitment to making football big here in the Philippines.

“We are in this because we have no other agenda than to see the development of the sport.”