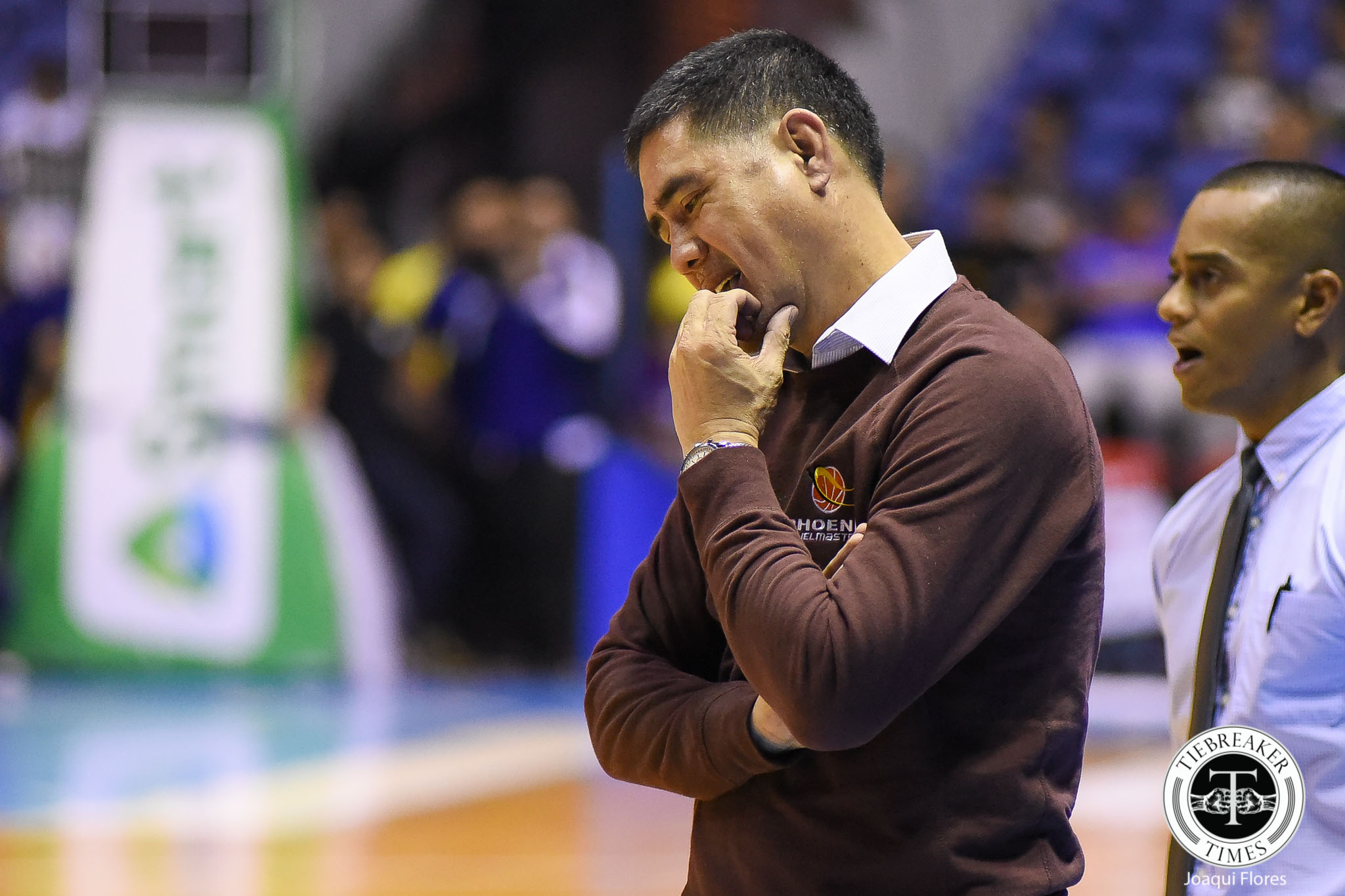 The resumption of the PBA’s 45th season remains hanging in the balance, but Phoenix Super LPG already has its sights set on the future.

Unfortunately, coach Louie Alas is not part of those plans.

In a statement released on Friday, the young franchise announced that it will discontinue the veteran mentor’s services as its head coach.

“With the possibility of a PBA restart, the Phoenix Super LPG Fuelmasters have [begun] discussions on its future plans. After much deliberation, management has decided to discontinue Mr. Louie Alas’ services as Head Coach,” it said.

The team did not disclose its reasons for parting ways with Alas.

Late last August, Alas received a 15-day suspension from the team for violating health protocols during one of Phoenix’s workouts.

This now ends the partnership between the Fuelmasters and Alas that began in October 2017, following the resignation of Ariel Vanguardia — whom Alas had previously worked with in the now-defunct MBA — as head coach.

Phoenix reached new heights with him at the helm. The team clinched a twice-to-beat edge for the first time in the 2018 Governors’ Cup, although it lost to eventual runners-up Meralco in the quarters.

The Fuelmasters carried that over to the 2019 Philippine Cup. There, they clinched the top seed with a franchise-best 9-2 card then reached the semis for the first time, where they faced eventual champs San Miguel.

Phoenix would miss the playoffs in the next two conferences, though. Instead, it was left reeling from the absence of star forward Calvin Abueva, who was suspended indefinitely following a string of on-court incidents.

The 56-year-old Alas, Phoenix’s third head coach after Koy Banal and Vanguardia, amassed a 33-33 record with the franchise.

In the meantime, associate head coach Topex Robinson takes his place. Robinson was with Alas when they went to the Dennis Uy-owned franchise after years of service with Alaska.

“In the meantime, the Management has appointed Associate Head Coach Topex Robinson to take the functions as Head Coach on an interim basis until such time,” the team said.

“We believe in Coach Topex’s capacity to lead this team and we look forward to the Fuel Masters’ resurgence as one of the league’s exciting contenders.”