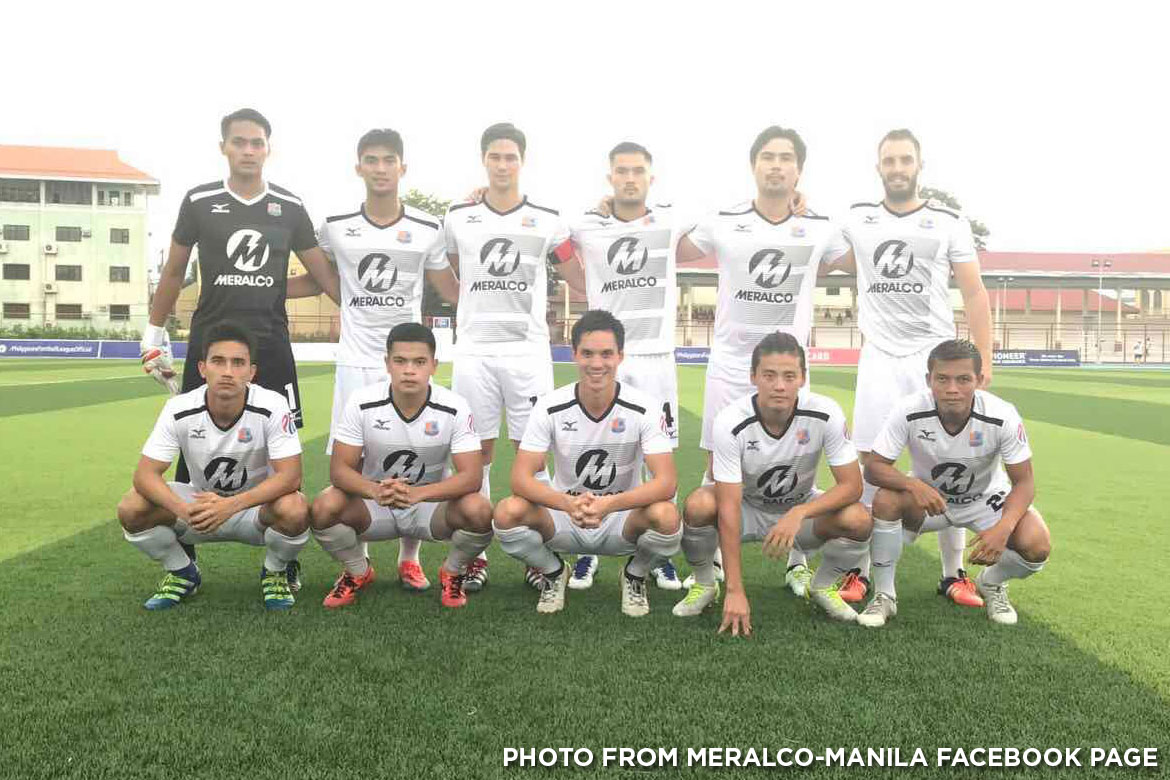 The Philippines Football League kicked off July with the top four facing the bottom four in the standings. Save for one team, the top sides stamped their class against the league’s bottom echelon — except Global-Cebu.

In the Cebuanos’ visit to the University of Makati Football Field, they bucked a slow start to take the lead in the 26th minute through Shu Sasaki. The Japanese midfielder guided the ball in from close range to punish Kaya’s inability to turn their chances into goals. Prior to the deadlock being broken, Kaya had piled pressure on Global with defender Amani Aguinaldo and goalkeeper Patrick Deyto anchoring the ship from the back.

However, their resistance was broken right in the first minute of the second half. Jordan Mintah provided the finish within 18 seconds after the restart, setting the game up for a tense finish. Inclement weather derailed the match but the officials decided against abandoning it. As play continued, the pursuit for a third goal intensified.

In the end, Kaya-Makati notched the coveted breakthrough goal courtesy of Robert Lopez Mendy. The Senegalese striker supplied the finish from an Adam Reed pass to the delight of the home fans in attendance. Nevertheless the joy proved to be short-lived for Kaya-Makati, after the visitors found an equalizer just a minute later.

Meanwhile on Saturday, Ceres-Negros slammed Stallion-Laguna again to notch their fourth win in the league. Risto Vidakovic’s men almost replicated their 5-1 triumph in midweek, with the visiting team just finding the net one time more than last Wednesday, in their second game of the week at the Panaad Stadium in Bacolod, Negros Occidental.

Stephan Schröck got the ball rolling for the Busmen as he took advantage of a lapse at the back from Stallion to open his account in the PFL just 13 minutes into the game. Midway through the first half, Stallion-Laguna fell victim to a Ceres-Negros juggernaut that some AFC Cup teams are aware of.

The hosts went on to stretch their lead from one to four within six minutes through Jeffrey Christiaens, Iain Ramsay, and OJ Porteria by registering goals in the 27th, 31st, and 33th minutes respectively. Left reeling, the visitors finished the half facing a similar situation to the one they had encountered only three days before.

Things turned worse before they got slightly better for the Laguna outfit. Just 15 minutes into the second half, substitute Bienve Marañon padded the Busmen’s advantage to five with a conversion from the penalty spot. At that point, the only thing uncertain in the match was the exact score at full time. With nothing more to lose, Stallion salvaged a bit of pride towards the end.

Ruben Doctora, Jr. and Terrence Linatoc pulled a couple of goals back inside the last 15 minutes of the game. At the very least, it reduced the damage inflicted by Ceres-Negros on Stallion-Laguna in their visit to Negros, where they were emphatically beaten with an aggregate score of 10-3.

Up north, Meralco-Manila looked to regain top spot, at least until JPV-Marikina see action the following day. They travelled a few hundred miles away to Vigan where they squared off against Ilocos United.

The home side held the Sparks for the entire first half, but they were undone early in the second period when the Ilocanos conceded a penalty kick. Phil Younghusband made no mistake from 12 yards to score the only goal of the game. The result keeps Ilocos in eighth place.

The game between JPV-Marikina and Davao Aguilas at the Rizal Memorial Stadium was postponed by officials after they deemed the conditions to be unplayable. Heavy rain struck Metro Manila, nearly postponing the match in UMak.

Before the game was called off, JPV-Marikina’s Satoshi Otomo had put his team in front by capitalizing on an error committed by Marko Trkulja just three minutes in. The game will be rescheduled for a later date to be confirmed by league officials.

As the JPV Marikina-Davao Aguilas match did not finish, Meralco-Manila regain hold of pole position with 20 points on the board. JPV-Marikina sit just below with two points less. Powerhouse teams Global-Cebu and Ceres-Negros round up the top four with 14 and 13 points in their respective hauls. Not far behind them, Kaya are in fifth with 11 points.

Up next in the league will be Global-Cebu’s first-ever Cebu home game in the PFL this Wednesday against Visayan rivals Ceres-Negros. Kick off in Cebu is scheduled at 7pm. Three hours before, Kaya-Makati will pay Stallion-Laguna a visit to Biñan.