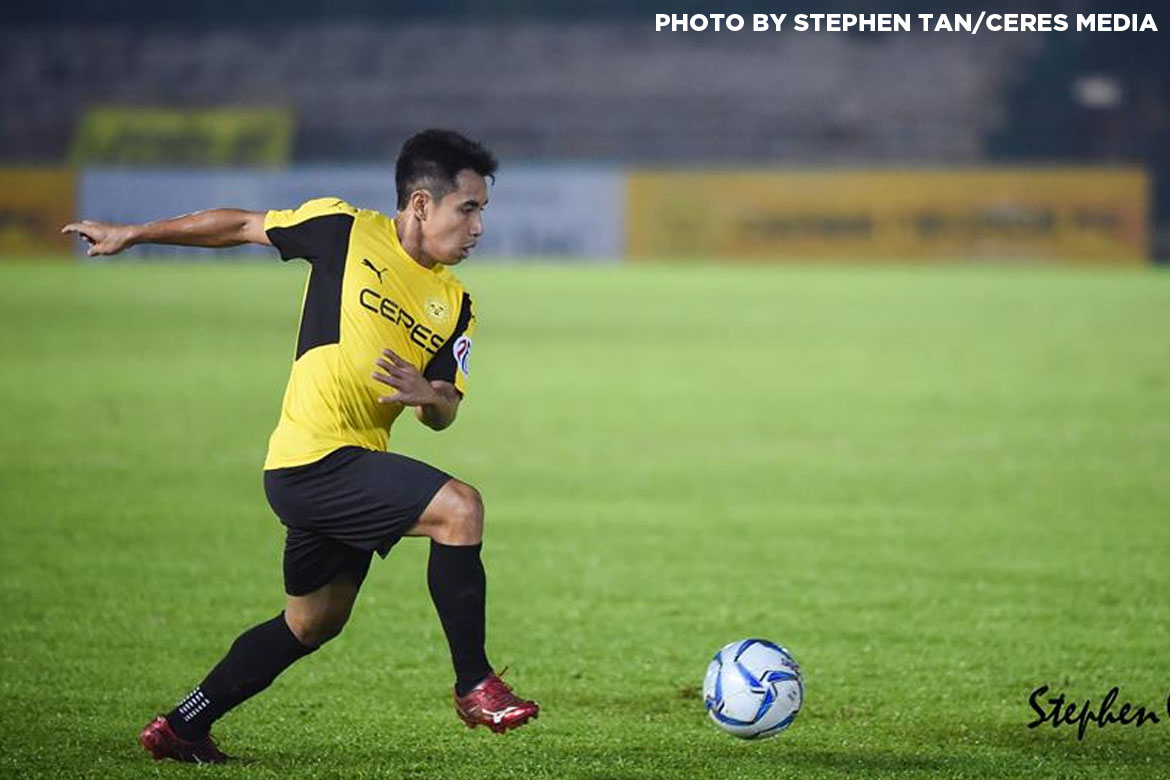 With the Finals Series participants all but determined, fans may be forgiven if they are simply waiting for the 2017 Philippines Football League elimination round to end and playoffs to commence.

However, the past weekend’s games proved to be big, especially for Ilocos United Football Club.

Before Saturday’s 7:00 PM duel against Ceres Negros Football Club, Ilocos had only won one game in 26 attempts this season.

The odds were stacked against Ilocos, as they were up against the ASEAN Zonal champions, but the former fought for pride and had nothing to lose. The game may have ended 1-1, but it was very different compared to when the home side were routed 0-7 and 0-5 by the Bacolod club earlier in the season.

Center-back Adam Mitter volleyed the ball home in the 35th minute to give Ilocos a dream start to the game. Upon the game’s resumption, Ilocos played good defense to thwart the Ceres bombardment, and had two chances to double their cushion. Striker Arthur Kouassi forced a good save from Roland Muller, then Chima Uzoka wasted a big chance afterwards.

Ilocos paid for those missed chances as Arnie Pasinabo equalized in the 77th with a shot from outside the home team’s box.

The game finished 1-1 and both sides lamented their missed chances after 90 minutes of play.

“When you don’t have nothing to win, nothing to lose, and you had many games, it’s not easy to motivate you to play. I think that is the difference. I think the players played with no motivation and intensity. When you play like this, it is much more difficult to win,” added Vidakovic.

Ilocos are still at the bottom of the league table with nine points, while Ceres are at 2nd place with 53 points.

One of the Philippines’ forgotten football stars, Angel Guirado, reminded local football fans of his stature with two goals to help Davao win 3-1 away versus Kaya Makati, at the University of Makati Stadium in Makati last Saturday, 7:00 PM.

“For me it’s the team that’s most important. When the team works good, the team wins. I am very happy because I scored, but most important is that the team has three points more and looking forward to also preparing for next season. This is good for the confidence of the team,” commented Guirado.

Guirado, who last played for the Azkals in 2013, scored two headers in the 26th and 74th minutes to seal the victory for the Aguilas.

Kaya defender Alfred Osei volleyed home Kaya’s only goal of the match in the 58th minute to level the game from Guirado’s first-half goal, only for Davao’s Harrison Sawyer to tap the ball into the net seven minutes later.

Already up 2-1, Guirado sealed the deal with his second header of the match 16 minutes from time, to hand the Aguilas all three points for the 3-1 victory.

Davao head coach Marlon Maro commented, “I’m happy and satisfied because we lost to Kaya on our home turf, and now we’ve beaten them as well on their home turf, and it’s because the players really wanted to win tonight.

“For me, the delivery of crosses was the main reason why we scored lots of goals. We were able to take advantage of our height. What’s positive tonight is that the players responded well to the plan,” added Maro.

#ReadMore  Blessings continue to pour in for Majoy Baron

The result was Davao’s third win, which hands them 18 points in 7th place. On the other hand, Kaya’s ninth lost leaves them in 3rd place with 47 points. It was also Kaya’s last game in the elimination round.

As incredulous as it sounds, FC Meralco Manila’s 2-1 away win over Global Cebu was the former’s first victory over the latter this season, as there had been two draws and a Cebu win beforehand.

Global were the home side for this contest, but had to play on Meralco’s home turf Rizal Memorial Stadium due to unavailability of the Cebu City Sports Complex last Sunday.

Tahj Minniecon broke the deadlock in the 31st minute thanks to an Ashley Flores assist, while Global forward Pika Minegishi volleyed the leveler six minutes later.

Both teams stood toe to toe with one another, and Meralco coach Aris Caslib brought on Daniel Gadia for Franco de la Torre with only 11 minutes left in the match.

Gadia repaid Caslib’s faith as the UAAP Season 78 MVP struck in the 86th minute to hand the Sparks a 2-1 edge with only four minutes left in the game. “All week we had been reminding Gadia to just place the ball on his finishing. In the last 15 minutes of the game he did his job well,” commented Caslib.

It was Gadia’s first goal of the season, and if he was the hero at the other end, then it was his fellow Fighting Maroon Ace Villanueva who saved Meralco in their end of the pitch when the goalie made a fine stop to deny Global’s Rufo Sanchez a late leveler.

“We were unlucky with our chances in goal, so many from so near,” lamented Global coach Akbar Nawas.

Meralco’s 2-1 win extended their grip on first seed with 57 points, while Global remained in 4th place with 44 points.

There will be two games on November 21. Davao targets another win away to JPV-Marikina at 4:00 PM while Ilocos hopes to go one better and nail a big upset against Ceres at 7:00 PM. 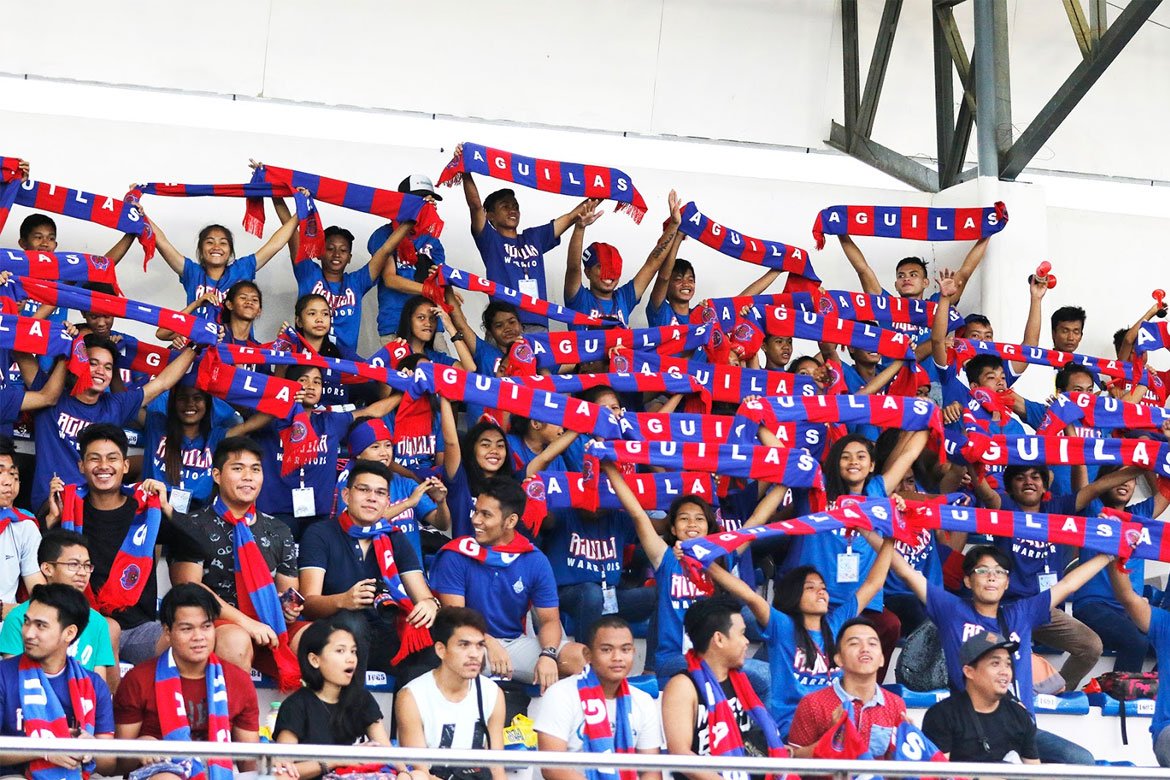 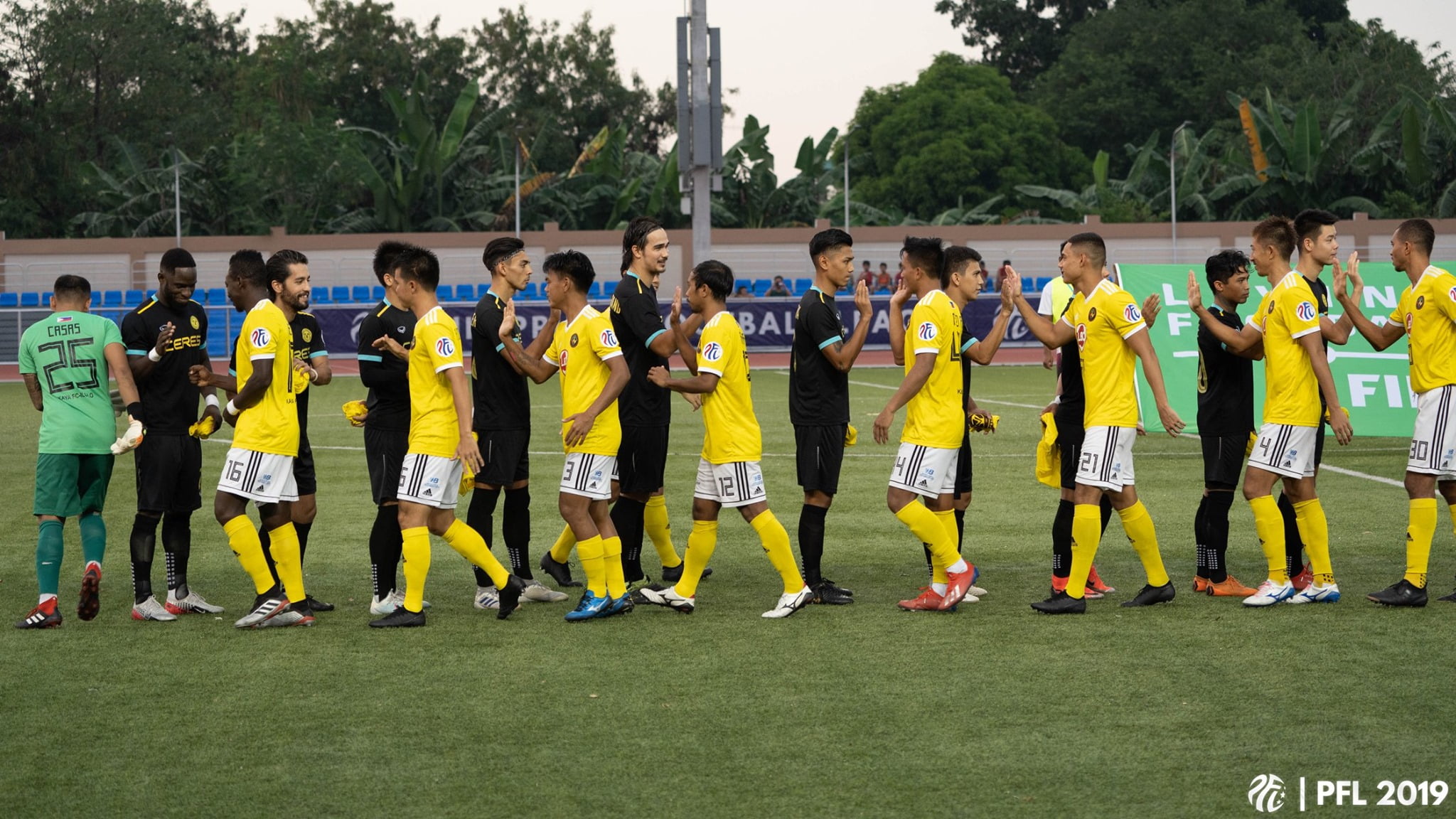